Up in the air 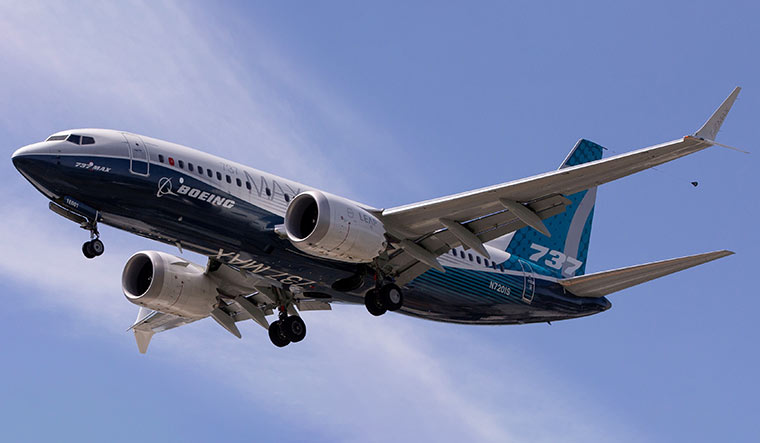 BEFORE GREENLIGHTING the return of the Boeing 737 MAX, which had been grounded for about two years following two fatal crashes in a span of six months, US Federal Aviation Administration chief Steve Dickson piloted it himself to make sure everything was okay. The aircraft, which has a worldwide fleet of 390, was cleared for action in November after several modifications. And, in late January, five airlines in North and South America started using the aircraft in commercial service.

On January 27, the UK Civil Aviation Authority also lifted the ban on the aircraft, shortly after the European Union Aviation Safety Agency did so. However, the CAA stressed that the pilot training requirements meant it would be some time before the plane took to the air.

Notwithstanding the recent approvals, the Directorate General of Civil Aviation has not allowed the aircraft to resume service in India. Locally, only SpiceJet has a Boeing 737 MAX fleet; it had ordered 205, of which only 13 have been delivered so far. The aircraft is fuel-efficient, which helps budget carriers like SpiceJet reduce operational cost. But amid the current uncertainty regarding the aircraft’s return to Indian skies, the airline is reportedly seeking damages from Boeing for the losses incurred.

A senior DGCA official said a decision would be taken when its experts were fully satisfied.

“We are working with the DGCA and [other] global regulators to ensure return of the MAX to service,” said Boeing India president Salil Gupte. “Boeing set up a 737 MAX simulator in Noida last June/July, and it will be ready to train pilots when DGCA un-grounds the aircraft.”

Boeing has been working closely with the DGCA since 2019 to ensure the aircraft’s safe return in India. “The DGCA is engaged with the FAA and other regulators. We are following DGCA timelines,” Gupte added.

Aviation experts in India, however, are cautious about the aircraft’s return. “India should not allow the MAX [to operate] until all the pilots are trained and their profiles are checked,” said Captain Mohan Ranganathan, an aviation expert. He added that a manager at the airline and an official in the DGCA’s Flight Standards Directorate, which clears the pilots, need to be made accountable before the aircraft is allowed to fly again. The FSD inspector should be a qualified TRE (Type Rating Examiner) on the Boeing 737 New Generation aircraft (the generation before the MAX), he said. “If the monitoring inspector is not an experienced NG pilot, these checks are a farce,” said the former Boeing 737 instructor pilot.

Some aviation experts, however, said that the 737 MAX would be among the safest planes around once the manufacturer makes some fixes.

An aviation insider claimed that the manufacturer had installed a bigger engine in the MAX to increase payload, which had led to stability issues. Because of their size, the engines were installed further forward than the engines on the 737 NG. To make the aircraft stable, a new software called the Maneuvering Characteristics Augmentation System was installed; this was the system that malfunctioned and caused the two crashes.

“After the first accident, the manufacturer should have taken note of it,” said a pilot who has flown the aircraft, but did not want to be named. “The MAX has always been considered a safe aircraft, but the technical glitch was not tested in all-weather conditions.” He also claimed that Boeing was in a hurry to launch the aircraft as a rival manufacturer was entering the market with another model.

Ed Pierson, a US navy veteran involved in the 737 production line (2015-2018), was a key witness during Congressional hearings into the crashes. He testified in 2018 that the factory was in a “chaotic” and “dysfunctional” state as managers put pressure on the staff to build the planes as quickly as possible. Pierson was worried that some issues were overlooked in the rush, and even told US lawmakers that he was hesitant to take his own family on a Boeing plane.

In response, Boeing claimed that, besides stringent safety checks, efforts were on to “build trust among customers, regulators and even the public”.

The FAA, in its report, claimed that through a thorough, transparent and inclusive process, it had determined that Boeing’s proposed changes to the 737 MAX design, flight crew procedures and maintenance procedures effectively mitigated the safety issues that contributed to the crashes.

The FAA also said that regulators (including the DGCA) had indicated that Boeing’s proposed changes would give them the confidence to reinstate the aircraft.