The great wall of India

The barriers are up, but uprooting Chinese interests in India would be a long process 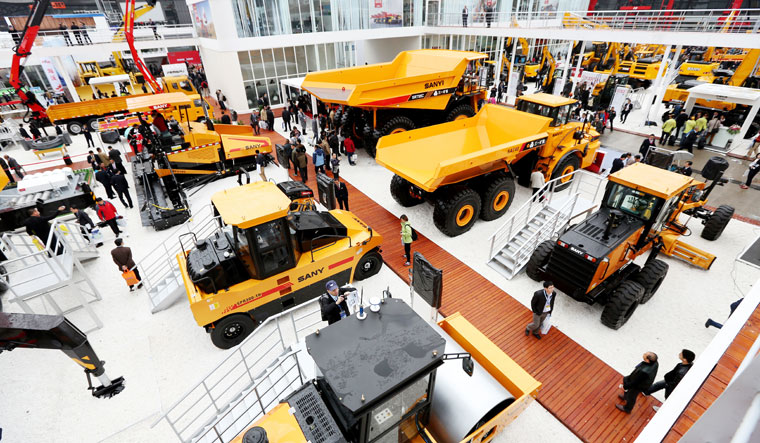 It seemed like a detail so small that scant attention was paid to it. Amid a long list of proposals, reforms, wish lists and tax and duty rejigs in Nirmala Sitharaman’s last budget presentation, there was an innocuous item—customs duty on toys, tricycles, dolls and scale models imported into India was sought to be hiked from 20 per cent to 60 per cent.

It was one of the first salvos India had fired against China in what has now become a trade war, though it took a while for many to realise the significance. The Indian toy market, worth Rs1.12 lakh crore, had been flooded by Chinese products. Additionally, the government started enforcing high BIS quality standards on all toy imports, even while offering subsidies and land at concessional rates to Indian toy makers.

While Chinese tech and telecom brands like Xiaomi, Oppo and Vivo are household names in India, names like Sany, Dezan Shira or Benling are unlikely to ring a bell. Yet, these are the flag-bearers of the Chinese juggernaut in India. “Apps and mobile handset makers apart, China’s ‘smart’investment has been in garnering the lucrative B2B contracts and infrastructure projects from India,”said a government official who did not wish to be named. “The public may not be familiar with these brands, but that is where big bucks and deep inroads can be made.”Sany, for instance, is among the world’s biggest concrete machinery makers and it has six units in India, with the main manufacturing plant in Chakan, Pune.

Chinese investments in metals and renewable energy sectors are more than Rs55,000 crore each, way above telecom and auto sectors that get talked about more. “Manufacturing generated the highest number of total jobs and greatest investment, with a total of 1.46 lakh jobs and $22 billion dollars of investment,” said a report by fDi for CII. “Electricity and construction have the largest project size on average in terms of investment and jobs creation.”

Interestingly, even while improving its technological prowess with research labs like those of Huawei in Bengaluru, China has also been following a two-pronged strategy to make the maximum out of the Indian ecosystem. One, using their experience in executing cost-effective and big-scale construction, these firms bid for big government infrastructure projects. And two, making long-term investments in sunrise sectors like electric vehicles and solar/wind energy projects.

A paper by Brookings Institute (March 2020) says Chinese companies like Lany, Longi and CETC aim to invest $3.2 billion dollars in India’s renewable energy sector. Chinese automakers in India have lined up EVs. Ironically, two out of three memoranda of understanding that Maharashtra signed with Chinese companies on the very day of the Galwan clash involved Chinese automakers Great Wall and Photon.

With the tide turning, that strategy may just come face to face with the great wall of India. While the ban on Chinese apps like TikTok made headlines, even more significant were the restrictions India brought about on Chinese companies in the infrastructure and heavy industries area. The Maharashtra MoUs were the first to be put on hold, along with the Rs471-crore signalling work on the Kanpur-DDU railway line given to Beijing National Railway Research.

Nitin Gadkari, Union minister for transport and MSME, also banned Chinese firms from road construction, saying he will tweak norms. “Construction norms are not good, so I have asked to change it…so we can encourage Indian contractors,” he said. With Rs100 lakh crore set to be invested in constructing roads, it is a blow to Chinese business interests.

The power ministry has announced a ban on power equipment sourced from Chinese companies besides cancelling an order for 20 lakh smart meters. The state-run telecom operator BSNL was forced to put on hold its Rs8,697 crore 4G tender, when the Telecom Export Promotion Council alleged that it ignored ‘Make in India’ norms to favour foreign (read Chinese) companies. NITI-Aayog also pitched in, suggesting that BSNL rework its tender to use only India-made equipment. TRAI chairman R.S. Sharma put in his own bit by saying local telecom gear makers must be given preferential market access.

The trick with these piecemeal responses, which were followed by a sweeping order on July 23 limiting Chinese companies from bagging government contracts and making security clearance from the home and external affairs ministries mandatory, seem to be to get the economic boycott message across loud and clear, even while keeping India immune from accusations of targeting China or contravening the World Trade Organisation norms. That is why none of the government decisions mentions China directly. An order in April banning automatic FDI, as well as the end-July amendment on government orders, speak only of countries India shares land border with, while the ban on power equipment says it is applicable to ‘prior reference countries.’ Even the 100 per cent inspection of Chinese shipments at Indian ports was carried out without any written order.

The biggest lacunae in India’s strategy, however, is that the balance of trade is heavily lopsided in China’s favour. Even if India stops all imports from China, it just forms 3 per cent of the total exports of the People’s Republic. In contrast, 14 per cent of the materials India imports are from China, including crucial raw materials on which India’s pharmaceutical industry is dependent, and components for anything from electronic products to mobile phones and automobiles made in India.

The bigger question is if Indian industry will give up Chinese imports and raw material that give them immense cost advantage. JSW Group chairman and managing director Sajjan Jindal announced that his company would bring down its $400 million import of clinkers, the base rock for manufacturing cement, from China down to zero in two years. A few others also have made similar statements.

“We have faltered as a country by going for the ‘cheapest’ as the only criteria,” said Vinod Sharma, managing director of Deki Electronics. “That is not very strategic. We have to always be careful not to put all our eggs in one basket.”His game plan? Work towards an alternative over the next 18-24 months, with the government providing incentives ranging from ‘star rating’to GST rebates for companies going for increased localisation.

Mukesh Aghi, CEO and president of the US-India Strategic Partnership Forum concurred. “You have to divert from China,”he said. “There is no other option. We have to move from cheap goods to quality goods. It is not just cost that should define your process. Look at it strategically. Let us say your profit goes down 5-7 per cent, it is still worthwhile. Once you do that, you will find ways to innovate, to become efficient and competitive.”

However, knee-jerk responses like slowing down imports from China at Indian ports only seem to have boomeranged. “That, and measures like cancelling MoUs, only make us lose credibility when we go back on our word,” said Chandrakant Salunkhe, president of the India China Business Council. “We support any move in our national interest, but it should be systematic. Let China learn the lesson from our strong points.”

India knows well the limits of its economic muscle, and is hoping for a strategic leverage. But the developments could mark a turning point in India’s trade plans. “We must move in mission mode to be atma nirbhar in at least 15 critical sectors,” said Deepak Sood, secretary general of Assocham. “We should work on a twin track of not only investing more to ramp up capacity, but also ensuring that the end consumers get best quality products at internationally competitive prices.” Assocham has come up with a two-year roadmap to ramp up domestic capacity in 15 large import items, ranging from oil and electronics to steel.

The move to reduce dependency on China could be significant in a post-Covid-19 world order. “India will have to muscle its way onto the high table,” said Aghi, “and make sure it does not instead end up being part of the menu.”