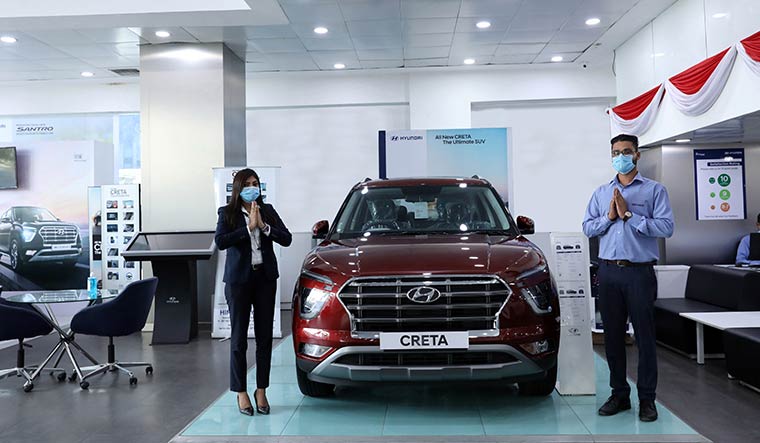 In 2018, India became the fourth largest automobile market in the world, racing past Germany. But the industry hit multiple speed bumps in the following year, and the sales slowed down. This year, the Covid-19 pandemic has brought the industry to a screeching halt. In April, not one vehicle was sold in the country.

As the government has started easing the lockdown, the industry is beginning to rev up, albeit slowly, hoping that there will be some recovery by the beginning of the festive season.

The month of May, however, has given some hope for automakers. Factories started reopening, although in a limited capacity, and dealerships and service stations have also started functioning. Hyundai, the second largest car manufacturer in the country, restarted operations at its Sriperumbudur plant near Chennai on May 8. Maruti Suzuki, the country’s largest carmaker, restarted production at the Manesar plant in Haryana on May 12 and at the Gurugram plant on May 18. Volkswagen said 70 per cent of its dealerships had opened and dispatches from its production plant had begun. Most other manufacturers have also resumed their operations.

And, they are all following a new set of guidelines for a safer work environment. Companies have also issued new standard operating procedures and safety initiatives for their dealers, which include minimal interactions and maintaining prudent social distance in customer engagements. 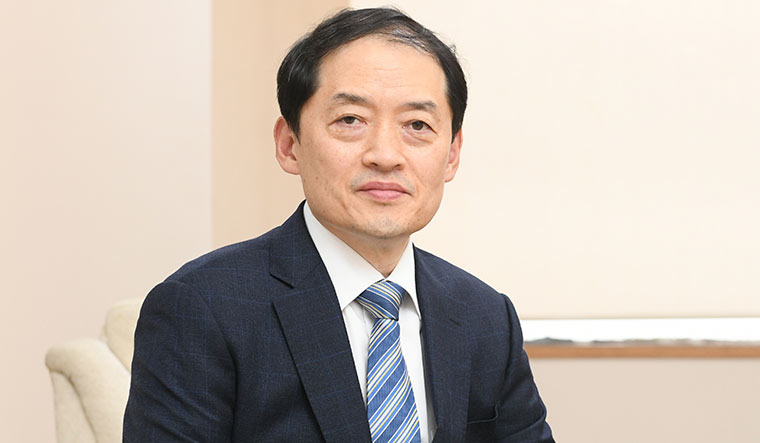 Many key automobile markets, however, are in the red zone and cities like Mumbai, Delhi, Chennai and Ahmedabad continue to remain under strict lockdown. Automakers have devised innovative ways to tackle this. “There has been a noticeable shift in the recent past where digital models of retail and sales are garnering traction among buyers,” said S.S. Kim, managing director and CEO of Hyundai Motor India. The company was among the first movers, launching an online sales platform called ‘Click to Buy’ in January.

Tata Motors recently launched its ‘Click to Drive’ online platform connected to all its dealers. Customers get to see video brochures and can pay the booking amount online. The car will be delivered at home, if the customer wishes so. “The lockdown was an opportunity to accelerate our digital journey and evolve new ways of working while servicing and supporting our customers,” said Guenter Butschek, managing director and CEO of Tata Motors. 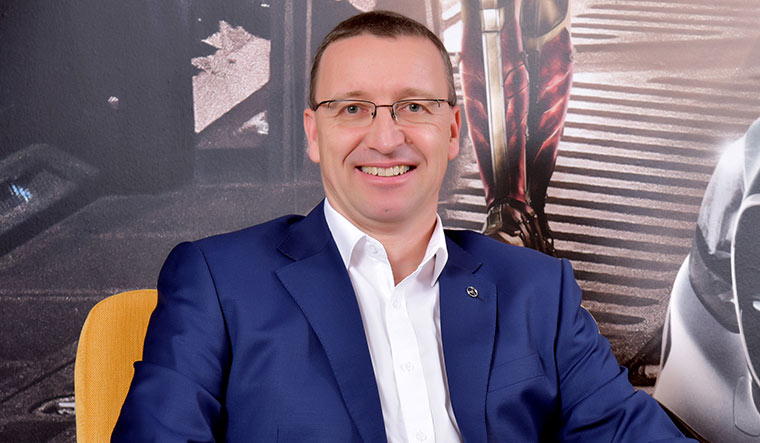 Maruti had already started working on making vehicle purchases easier. According to Shashank Srivastava, executive director (sales and marketing), a customer has to go through 28 touch points for buying a vehicle. “Last three years, we have worked very hard on digitalisation. Twenty-one points are already digitalised,” he said.

Interestingly, luxury carmakers, who excel in customer relations, are also focusing on eliminating contact points. Mercedes-Benz recently launched the ‘Merc From Home’ digital sales platform, which enables customers to select and buy from across the product range. “This lockdown has opened floodgates for digital and online venture for high-value items like automobiles,” said Martin Schwenk, managing director and CEO of Mercedes-Benz India. 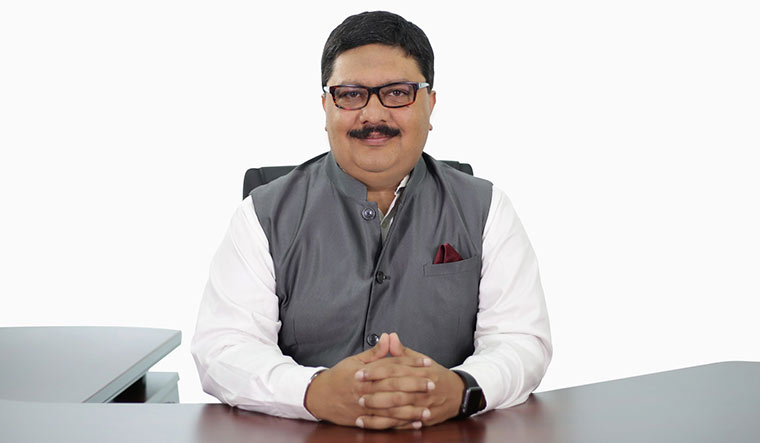 BMW has launched a platform called ‘Contactless Experience’, where customers can explore and buy a car without visiting a dealer. “Since its launch in April, we have seen a tremendous increase in customer engagement, configuration requests and virtual product presentations on this platform,” said Arlindo Teixeira, acting president, BMW Group India. “As business dynamics evolve post the Covid-19 pandemic, the BMW Contactless Experience will play a crucial role in offering seamless sales and aftersales services to our customers.”

Companies are also offering attractive finance options to lure buyers. For instance, you could buy a Mahindra SUV now and start paying monthly instalments from next year under its ‘Own Now, Pay in 2021’ plan. “The bedrock of each one of our schemes is to provide financial flexibility and peace of mind to our customers,” said Veejay Nakra, CEO, automotive division, Mahindra & Mahindra.

Hyundai has launched an EMI assurance programme, which would cover three car loan EMIs of customers under uncertainties such as a job loss. Many companies are offering attractive incentives for Covid warriors like doctors, health care workers and policemen.

Despite these efforts, the road to revival is long and uncertain. “The Covid-19 crisis has intensified the already prevalent pressure on the automobile industry, but the challenges this time are multidimensional,” said Naveen Soni, senior vice president, sales and services, Toyota Kirloskar Motor. “The resumption of full-fledged operations and recovery will be gradual as the industry’s whole value chain revives.”

As the lockdown has led to layoffs and salary cuts, many customers have postponed discretionary purchases. According to a survey by consulting firm Deloitte, 46 per cent respondents said that they were planning to keep the current vehicle longer than originally expected. Credit ratings agency CRISIL’s base case scenario indicates that sales of consumer discretionary products, which includes automobiles and consumer durables, will decline 12 per cent this year, compared with their long-term average of 12 per cent growth. If the situation gets worse, sales could fall 22 per cent.

Automakers are hoping that the pandemic would make more people commute to work in their own vehicles rather than using public transport, which could give the industry a lift. “I think, all researches indicate very clearly that people would prefer personal transport over public transport and going forward we see that becoming a trend. Our projection is that it is going to remain for quite some time as far as the fear of Covid remains,” said Maruti’s Srivastava.

Steffen Knapp, director of Volkswagen Passenger Cars India, said there had been increased interest in the used car business as people are on the lookout for accessible individual mobility solutions. “We are looking at doubling the business in the used car segment,” he said.

Given that the auto industry has faced headwinds in two consecutive years, analysts expect companies to go slow on capacity expansions. “If at all companies had some budgets and plans for expansions, we should expect that some of those expansion plans could be suspended,” said Rajeev Singh, partner and automotive sector lead at Deloitte India.

Companies may also cut down on their expenses in areas like new platform development and research and development. “Some organisations had very large business plans for alternative power trains, like electric. They may look to cut down on some expenses,” said Singh. Maruti has reduced its capital expenditure plan for the current financial year by 16 per cent to Rs2,700 crore. It spent Rs3,248 crore last year. However, no project-related long-term plans are being deferred.

The Covid-19 crisis had brought along numerous other challenges. “The initial months will be utilised to understand the market trends and the demand curve. There are other factors such as low consumer sentiments, rebuilding of disrupted supply chains, including return of workforce, which will act as bottlenecks for the industry,” said Toyota’s Soni.

French auto giant Groupe PSA has said that the launch of its debut vehicle in India, the Citroen C5 Aircross SUV, would be pushed to the first quarter of 2021. Some other companies, however, are going ahead with their launch plans. Skoda launched the Karoq SUV and Rapid and Superb sedans on May 26. Mercedes launched the AMG C63 Coupe and AMG GTR on May 27. Schwenk said that the company would continue with its investments planned for 2020, but would “calibrate the situation” and take actions accordingly.

The stimulus package announced by the government earlier this month had nothing specific for the auto industry. SIAM has warned that the sector could see de-growth of 22 per cent to 35 per cent this year if India’s GDP growth is in the 0-1 per cent range. The industry employs about 3.7 crore people and contributes 15 per cent of Goods and Service Tax, amounting about Rs1.50 lakh crore a year.

Rajan Wadhera, president of SIAM, said there was a need to reduce base GST rates from 28 per cent to 18 per cent for a limited period to boost demand. He has also called upon the need to provide liquidity support to dealers and for the government to include them under the MSME Act.

An incentive-based vehicle scrappage policy has also been a long-standing demand of the industry. Union Minister Nitin Gadkari had recently said that a policy would soon be introduced. “One of the best ways of reviving demand at this point would be to come out with a scrappage policy, so that you incentivise those people who have vehicles more than 12-14 years old to change and buy a new vehicle,” said Singh of Deloitte. Additionally, a scrappage policy would also tackle the air pollution issue in the metros.