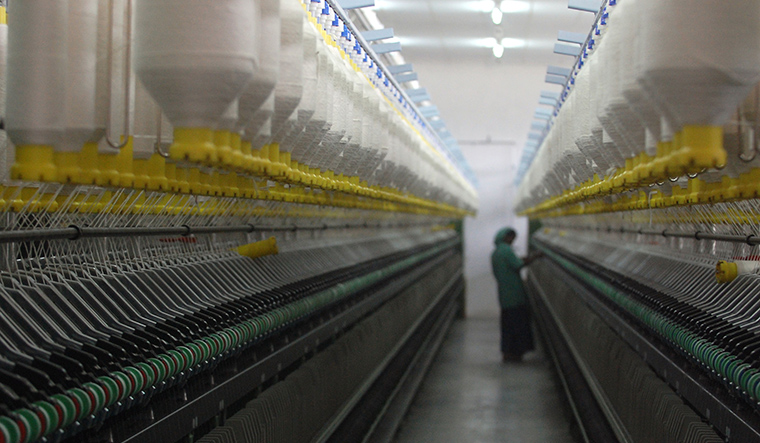 The Tiruppur knitwear industry may soon be on its knees. The textile hub, which exports apparel worth Rs26,000 crore every year, could witness a major setback with the Covid-19 outbreak forcing cancellation of orders, complete lockdowns and reduced import of raw material from China. Buyers from countries such as Italy, Germany, Spain, the UK and the US have already frozen or cancelled orders.

“We thought the market this year would end in March, [with exports worth] Rs25,000 crore,” A. Sakthivel, former president of the Tiruppur Exporters Association (TEA), told THE WEEK. “But, till now, we have made only Rs23,250 crore. There is a decline in exports and the loss will be Rs1,750 crore.”

The industry, which had been reeling from demonetisation and the GST rollout, received a double whammy in 2019, when famous brands such as Payless, Barneys and Forever 21 filed for bankruptcy. Other major brands like JCPenney, GAP, Sears and Victoria’s Secret cut imports, while Zalando, a major European ecommerce brand, shut its private label business zLabels and stopped sourcing from India. This brand alone was sourcing garments worth €20 million from India—the major hubs being Tiruppur and Bengaluru. “The big companies in Tiruppur managed their exports,” said Mahalingam Ramachandran, who runs an MSME unit in Tiruppur. “For small-timers like me who run micro-units, it is still difficult to cope. Bank loans were the only way out. But that is not possible in the current setup.”

The knitwear hub has close to 1,200 registered units, of which 75 companies account for 50 per cent of the profits. The others units are mostly MSMEs that produce and export garments worth below 010 crore. “The MSMEs are the most affected,” said Sakthivel. “It is difficult for them to survive as the industry depends mostly on labour.”

The industry employs six lakh direct and two lakh indirect labourers. The indirect labourers, most of them from north India, might not stay back in Tiruppur during the pandemic. “The attrition rate in our industry is already very high at 7 per cent,” said Sakthivel. “There is no guarantee that the labourers will come back to work.”

Rough weather began in January, when raw material from China dried up. This triggered a fall in production; Tiruppur needs at least 500 tonnes of synthetic dye every month. “If this situation of increase in the price of raw materials, lockdown and stoppage of production continue, we will definitely go out of business in April 2020. The big units alone will survive,” said Ramachandran.

To make matters worse, Tiruppur exporters have started losing out to smaller companies in Bangladesh, Sri Lanka, Cambodia and Ethiopia. These countries have clear access to the EU and the US markets because of free trade agreements. “We have already made several requests to the government to create a level playing field for us like the other countries have done,” said Sakthivel. “The competition is high due to the free trade agreements.”

Sakthivel shared with THE WEEK an email from one his customers, dated March 18. It read: “Unfortunately, we are left with no option but to place on hold on any new orders being placed by Primark (the customer).” In another email, Primark sent a notice of cancellation of contracts and purchase orders.

Said Raja M. Shanmugam, president of TEA: “The coronavirus outbreak and the virtual lockdown in major countries have totally emptied our markets across the globe. We do not know when the markets will regain their position.” A few weeks before the lockdown, Shanmugam had written to Finance Minister Nirmala Sitharaman about the extraordinary situation the garments industry was facing. “I have requested the finance minister to not categorise the units as NPAs for non-repayment of loans and to advise the banks to provide at least six months moratorium to help the units recover,” he said.

Said Mahalingam: “Till last year, even when major brands announced bankruptcy, it was only a temporary problem. We had strong hopes of bouncing back. But now the problems will only compound in the coming months, as the entire world has to come out of the fear. This might result in a huge financial loss.”

There is, however, a ray of hope—the Reserve Bank of India recently announced measures that would help textile exporters. “We thank the RBI for providing three months moratorium on payment of instalments of term loans,” said Shanmugam, “and for deferring by three months the [payment of] interest on working capital.