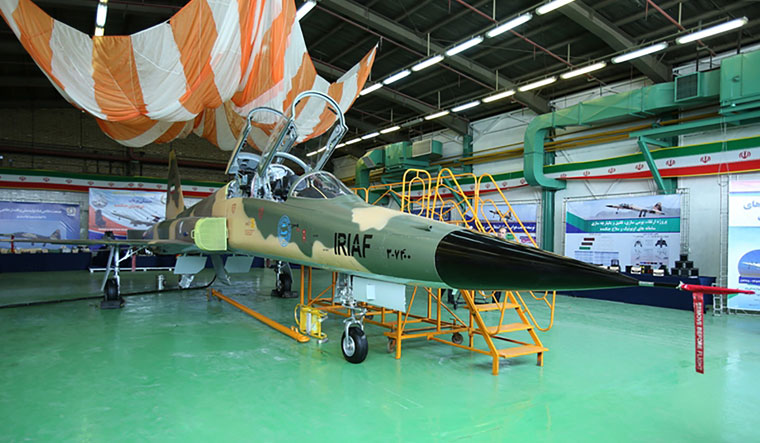 Iran on Tuesday unveiled what it touted as its first “indigenous” fighter jet at a defence show in Tehran. However, a cursory glance at the 'Kowsar' fighter shows glaring similarities to the American-built F-5 fighter, of which Iran brought over a 100 variants of in the 1970s before the Iranian Revolution deposed the Shah and created the Islamic Republic.

The F-5 was designed in the US in the 1950s as a lightweight, inexpensive aircraft for export. 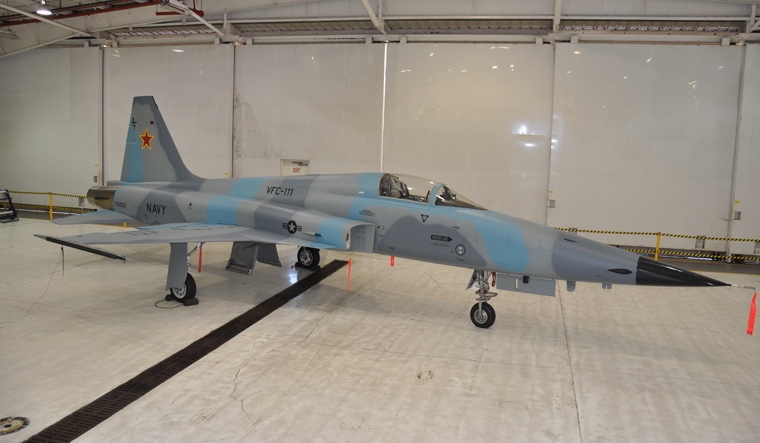 President Hassan Rouhani sat in the cockpit of the 'Kowsar' fighter at the National Defence Industry Exhibition. Iranian state media claimed the fighter was a “fourth-generation” aircraft with advanced avionics and radar and was “100 per cent indigenous”.

Iranian TV claimed the Kowsar had already completed testing. Interestingly, Iranian Defence Minister Amir Hatami gave few details of the Kowsar, instead focussing on how Iran's military programmes were motivated by missile attacks by Iraq during the eight-year-long war between the two countries in the 1980s as well as perceived threats from the US and Israel. “Our resources are limited and we are committed to establishing security at a minimum cost,” Hatami said in a televised interview.

The Kowsar's close similarities to the lightweight F-5 and F-5E fighters highlight the technological constraints Iran continues to face as it remains under US and European sanctions on defence exports. The bulk of the Iranian Air Force still consists of American-built aircraft like the F-5, F-4 Phantom fighter-bomber and the F-14 Tomcat air superiority fighter, all of which entered service before the Islamic Revolution in 1979.

While Iran has attempted to 'reverse-engineer' parts and weapon systems for these fighters, it has not been able to do a fleet-wide upgrade for over three decades even as the likes of Saudi Arabia and the UAE continue to buy billions of dollars worth of US and European weaponry. Even if the Kowsar were to be equipped with a new type of engine or radar, the aircraft's small size and old design would severely limit its capabilities against enemies equipped with advanced weaponry.

The Kowsar—like previous Iranian fighter designs—appears to be obsolete before even entering service and shows why Iran will remain tempted to pursue nuclear weapons to offset its gap in conventional weapons that it faces against Saudi Arabia, UAE and Israel.