No one should come between deity and devotee, says Jayamala on Sabarimala issue 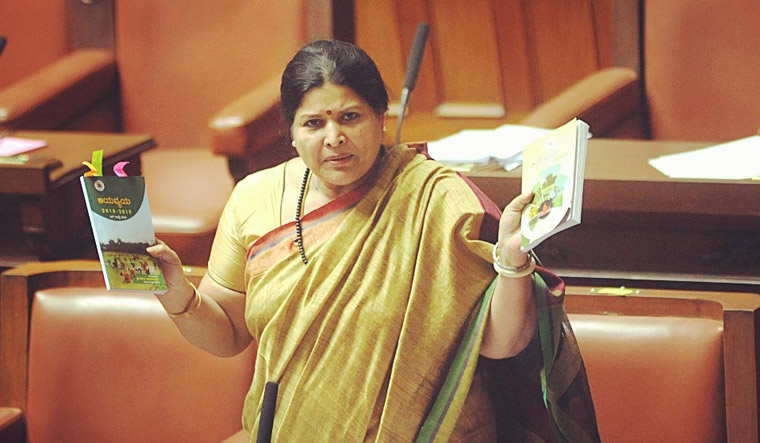 Actor-turned-politician Jayamala, who had courted controversy in 2006 by claiming she had entered the Sabarimala shrine in Kerala in 1986, welcomed the Supreme Court's observation on Wednesday that denying entry of women into the temple was against the Constitutional mandate.

A Constitution bench of the top court—comprising Chief Justice Dipak Misra, Justices Rohinton Fali Nariman, A.M. Khanwilkar, D.Y. Chandrachud and Indu Malhotra—was hearing a bunch of petitions challenging the traditional ban on the entry of women between 10 and 50 years of age in the Sabarimala temple.

Jayamala, who is the lone woman minister in the H. D.  Kumaraswamy cabinet in Karnataka, said, "The Constitution of this country does not discriminate between men and women. The law has never failed the women.  I believe no third entity should come in between the deity and the devotee."

"There cannot be a separate temple or god for men and women in this country," added Jayamala who handles the women and child welfare ministry.

It may be recalled that Jayamala had claimed that she had entered the Sabarimala temple in 1986, when she was 27. She had also said that she had touched the feet of the deity.

In June 2006, a team led by noted astrologer P. Unnikrishna Panicker performed a Devaprasnam (astrological finding of violations) and had claimed that there were signs of women taking entry into the temple. Subsequently, Jayamala claimed to have entered the temple, sparking off a huge uproar.

A complaint had been filed in this regard in the Kerala High Court, which had quashed the charge-sheet filed by the police on the basis of astrological findings in 2012.

"In fact, women were allowed to enter the Sabarimala shrine between 1986 and 1991. The women were prevented from entering the temple owing to an arbitrary decision," she said.

The Constitutional bench hearing the petition challenging the decision of the Devaswom Board banning entry of women has said that even if there is no law, the women cannot be discriminated with regard to offering prayer in a temple.