With no number plate, Allahabad Mayor's car arrives in Lucknow

Mayor Abhilasha Gupta says the car was provided by the administration 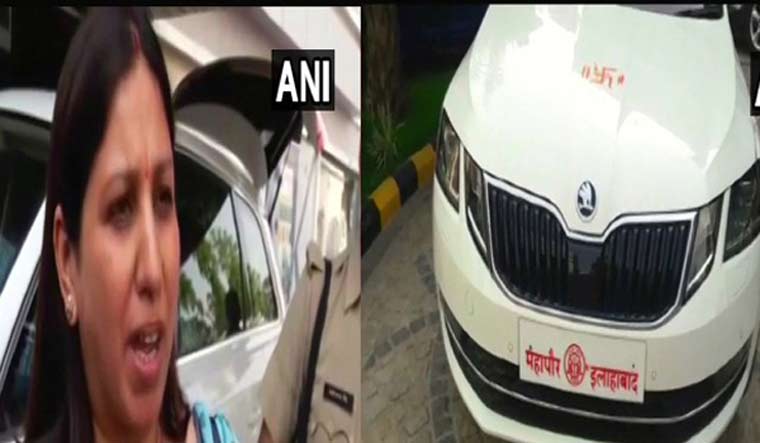 Allahabad Mayor Abhilasha Gupta arrived in Lucknow in a vehicle without the requisite registration plate on Monday.

In her defense, Mayor Abhilasha said that she had not purchased the car and that it was provided to her by the administration officials of the Uttar Pradesh Government.

The mayor also mentioned that she had raised the issue earlier and that it will be resolved soon.

"Car was provided by the administration. I didn't buy it. I noticed the missing number plate and told them about it two days back. They've applied for the same and the number plate will soon be installed," said Gupta.

On a related note, Uttar Pradesh Chief Minister Yogi Adityanath, in April, directed relevant state departments to take steps to ensure road safety in the state. He also issued strict orders to the transport department and police department to ensure vehicles are not parked on the roadside.

He highlighted the negligence of traffic rules in the state, especially the two-wheeler riders who do not wear helmets and four-wheeler drivers who do not wear seatbelts, directing officials to take steps to ensure it was rectified.