Modi govt tells Central, state depts not to use 'dalit' in documents 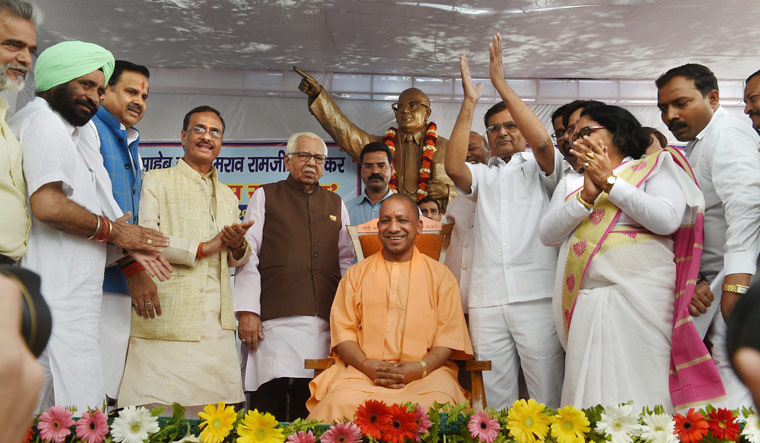 The Narendra Modi government has asked state and Central government departments to avoid using the nomenclature 'dalit' for all people belonging to scheduled castes in official dealings and transactions.

The move comes two weeks after the UP government of Chief Minister Yogi Adityanath ordered all state departments to add 'Ramji' to the name of dalit icon Bhimrao Ambedkar, triggering protests by the opposition.

The ministry of social justice referred to a directive by the ministry of home affairs, dated February 10, 1982, issued to all state governments and union territory (UT) administrations, asking them to issue instructions to the authorities empowered not to insert the word 'Harijan' in scheduled castes certificates, and only mention the caste to which the person belonged and which had been recognised as a scheduled caste under the presidential orders.

The letter written to all chief secretaries also mentioned a verdict passed by the Madhya Pradesh High Court on January 15 "that the Central government/state governments and its functionaries would refrain from using the nomenclature 'dalit' for the members belonging to scheduled castes and scheduled tribes as the same does not find a mention in the Constitution of India or any statute."

"All the state governments/UT administrations are requested that for all official transactions, matters, dealings, certificates, etc., the constitutional term, 'scheduled caste' in English, and its appropriate translation in other national languages should alone be used for denoting the persons belonging to the scheduled castes notified in the Presidential Orders issued under Article 341 of the Constitution of India," the directive issued on March 15 said.