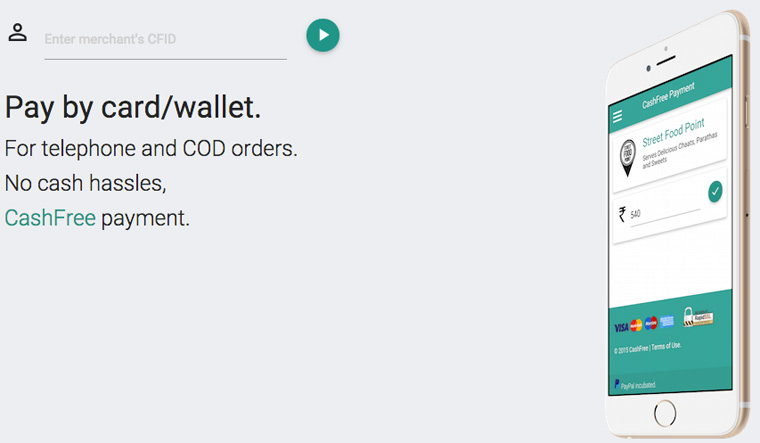 Bengaluru-based fintech company Cashfree said on Tuesday it has received $35.3 million (approximately Rs 260 crore) as part of its Series B fundraising.

The investment was led by growth stage financial services investor Apis Growth Fund II, with participation from existing investor Y Combinator, it said in a statement.

Cashfree, a payments and banking technology company that enables businesses in India to collect payments online and make payouts, was founded by Akash Sinha and Reeju Datta in 2015.

The company is a 2017 alumnus of Y Combinator, the start-up incubator based in San Francisco, and has grown exponentially, processing over $12 billion annualised payment volumes as of March 2020, the statement said.

Cashfree said it has been profitable since its first year of operations and counts more than 50,000 businesses among its merchants including internet companies such as Cred, BigBasket, Zomato, HDFC Ergo, Ixigo, Acko, Zoomcar and Delhivery.

One of the key growth drivers for Cashfree is its bulk disbursal solution, Payouts, that was launched in 2016 and grew quickly to one lakh daily transactions within a year, it said.

The investment will support the company's ambitious growth plans including launching and further rolling out new products, it was stated.

The investment will also assist the company in making selective bolt-on acquisitions to further augment its geographic and product reach, the statement said.

Akash Sinha, CEO and co-founder of Cashfree, said,"We still see payments as an evolving industry with its own challenges and we would be investing in next-gen payments as well as banking tech to make payments processing easier and more reliable.”