Naveen Chourey: The poet in search of wisdom

Chourey spends his time travelling across the country to protest venues, to perform 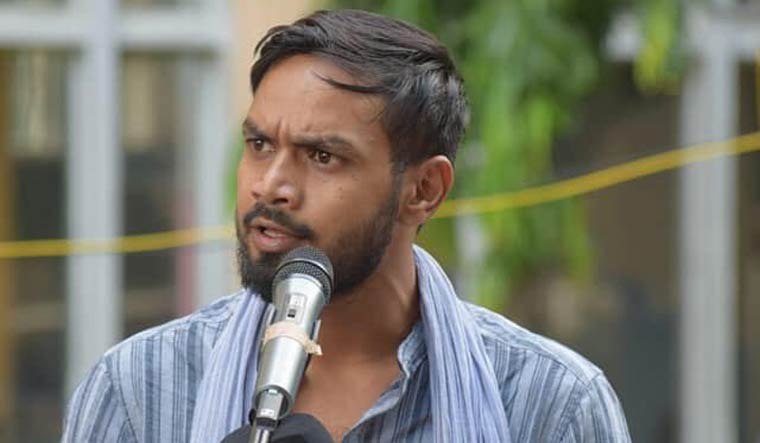 The last few days have been quiet for Naveen Chourey.

A poet, Chourey spends his time travelling across the country to protest venues, to perform, but the lock-down has kept him at home. So, what does a protest poet do in the age of social distancing?

“Now, everyone has to do what I have been doing for years,” he quips. “Enjoy the solitude.”

Chourey, could easily be the poster boy of the protest movement that rocked the country in the past few months. He is young, on the right side of 30, is an idealistic and dreams of a different India. He has also become the voice of it. His poem, Vastavik Kanoon, which talks about a lynching, through different people, went viral and became one of the poems to be recited at the protests. Vastavik Kanoon is ultimately about taking responsibility. “Everybody is culpable,” he says. “Till there is democracy, there is always an opposition,’’ says Chourey. “The voter is the opposition. We are trying to escape that responsibility.”

A chemical engineer from IIT, Delhi, Chourey’s poems are passionate, urgent, hard-hitting, and dream of a better and more equal society. He makes it clear, however, his fight isn’t for political change. It goes deeper. “If a protest comes out of fear then it has a limited ambit,” he says. “But, if it comes out of empathy, it can be the power of social change. Like the freedom movement.

Chourey is not just a one-poem wonder. His poetry has found its way into a more durable form than just the internet. Kohra Ghana Hai has been published by Penguin Random House.

He grew up in an idyllic small-town India, in Hoshangabad, Madhya Pradesh, on the banks of the Narmada. “It is mini Banaras,” he says. Littered with temples, poetry came in the mantras that were chanted constantly.

“Religion is based on poetry,” he says.

His IIT degree might have offered him an option of finding work, but Chourey found that his calling outside the walls of his campus. He spent five years, bunking class and getting consumed by street plays. “In our society, we have never encouraged art,” he says. “We value science. We get caught up with bread and butter. But, we don’t want to earn wisdom. My choice is to earn wisdom.”