Talk to the Taliban

The Afghan problem surged in the Indian consciousness thanks to President Donald Trump’s statement that the US deployment must be pared down by half to 7,000 troops. Trump is drawing the curtain on this “endless war”. The Indian establishment is aghast that Washington is negotiating the Taliban’s return to mainstream politics.

India risks being stranded as the train starts moving. The Modi government had a wonderful opportunity to engage with the Taliban once it became evident that the international community accepts the group’s legitimacy. But hardline policy toward Pakistan precluded new thinking and the Indian establishment bonded with anti-Taliban (anti-Pakistan) elements in Kabul. A deathly game ensued. 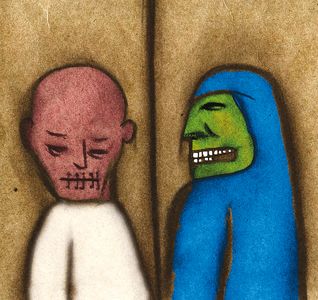 It was a game to lose. But in the process, India lost sight of Taliban, which in turn led to our caricaturing of it as representing evil and religious extremism, and as Pakistan’s proxy. Whereas, Taliban always had indigenous Afghan roots, represented traditional Islam and never harboured ambitions of global jihad or ulterior motives toward regional states, including India.

Most certainly, India should engage with the Taliban. The Taliban are in control of more than half of Afghan territory and the power calculus in Kabul must be reset to accommodate it if peace is to be durable. But the Indian establishment keeps chanting that the road to peace must be “Afghan-led” and “Afghan-controlled”. Like any other hackneyed mantra, it comes to mean nothing. To borrow from Rabindranath Tagore’s Gitanjali, “Leave this chanting and singing and telling of beads….”

Meanwhile, there are other contradictions, too. Since 2001, Delhi harmonised its Afghan policies with Washington’s. But, ironically, Washington never lost sight of the cardinal truth that Pakistan will forever remain its principal interlocutor. Thus, while Washington pampered Indian vanity by praising its extravagant aid to Afghanistan, it drew a red line to keep India out of centre stage, lest it annoyed Islamabad. Washington remained circumspect about the Indian role and at least one US commander—General Stanley McChrystal—publicly voiced misgivings once in 2010.

Suffice to say, the US and Pakistan did not come to blows over the Afghan situation. Instead, their discords and antipathies notwithstanding, they are joined at the hips. What next? It is about time India realises that given the cascading US-Iranian tensions and the free fall in Russian-American relations, continued US military presence in Afghanistan is today more the problem than the solution.

What sort of post-war Afghanistan can we expect? No doubt, foreign powers will remain immersed in Afghan affairs. The country is far too strategic. Pakistan has legitimate interests. Russia, China and Iran have profound security concerns. China would not mothball Belt and Road Initiative projects. And, despite ‘Wuhan spirit’, there is still that competitive edge to Indian policies, as apparent from Delhi’s initiative to include Afghanistan in the “very historic First India-Central Asia Dialogue” in Samarkand, Uzbekistan, on January 13.

Clearly, a “neutral” Afghanistan is too much to hope for. Post-war reconstruction demands engagement. The BRI projects that bring in big investments and create jobs will be top priority. While all partner countries are equal, China will be more equal than others. India should reconcile with geopolitical realities.

But trust the Kabul elite not to repeat the folly of Hafizullah Amin and Hamid Karzai to welcome intervention. This should be the last time Afghanistan came under foreign occupation.