Living in the past

In an article on March 15, 2003, as storm clouds were gathering for the American invasion of Iraq, one of India’s best-known editors chastised our “entirely ignorant and non-serious politicians and public opinion” not to introduce “new stresses on our relations with the US” by spurning Washington’s invitation to Delhi to join the coalition of the willing. He warned that an irate George W. Bush might make us eat humble pie in J&K. That was when, as then deputy chief of mission in the American Embassy Albert Thibault recounted later, “We [the US] came very close to getting a large Indian contingent in Iraq.”

However, prime minister A.B. Vajpayee decided against India associating with the US unilateralism. Our politicians often have uncanny instincts, as compared with our self-styled strategic analysts, to realise that a good foreign policy must be rooted in national policies. This much has to be recounted because we face a comparable situation today—whether to join the US’s “New Cold War” bandwagon against China and Russia or retain our strategic autonomy. An orchestrated psywar has been mounted against PM Modi’s éclat of strategic autonomy. 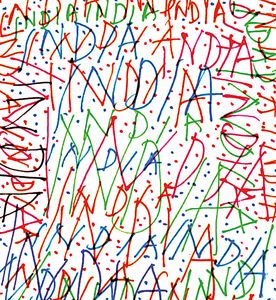 Yet, world politics today does not hark back to the cold war. There are no blocs, no ideological struggle. What we witness is a desperate attempt by the US to establish its global primacy in the 21st century, in the face of Russia’s resurgence and China’s rise. Kissinger’s famous US-Russia-China triangle has phenomenally transformed. China and Russia are drawing closer together, despite their structural differences to push back at the US’s containment strategy. And an increasingly consequential alignment between Moscow and Beijing has appeared.

Meanwhile, the US is losing ground to China steadily as an economic and technological power and lacks the capacity to confront what can be called the “functional military alliance” of Russia and China. Unlike USSR, both China and Russia are globalisers on the capitalist path of development and it is not possible to isolate them. All in all, a strategic stalemate is developing within the US-Russia-China triangle, which can be resolved only if the US reconciles with the geopolitical reality that it is no longer possible for any single power to dominate world politics.

In such an environment, India’s interests are best served by maintaining its strategic autonomy. Clearly, it is unwise (and risky) to put all our eggs in the American basket or to alienate China or neglect the ties with Russia. For India’s developmental needs, optimally, all three big powers offer cooperation and all are indispensable partners. India sources weaponry from the US, but the latter will never part with advanced military technology, as Russia is doing. Unlike the US or Russia, China has big surplus of capital for making investments abroad. The US can help India become a “knowledge power”, but only China has the expertise and relevant experience to help us build manufacturing industry and infrastructure. Our critical need is to create jobs in large numbers, and elected leaderships are accountable. These illustrative examples underscore the importance of a multi-vector foreign policy.

Why should our analysts re-enact the theatre of the absurd in 2003? India today has the highest GDP growth rate among principal economies. Washington had no choice but to acquiesce with our decision to procure the S-400 ABM system. In fact, we even followed up with other major arms deals with Russia since October. The Indian analysts who remain transfixed by the US’s “hyper-power” tag are living in the past. Modi’s political instincts are attuned to national interests, as were Vajpayee’s 15 years ago.