In an “ambush” on December 4, a unit of 21 Para Special Forces killed six innocent, unarmed miners in broad daylight in Mon district of Nagaland under the impression that they were armed cadres of the National Socialist Council of Nagaland (Khaplang-Yung Aung) faction. In this context, a retired major general of the Indian Army has published an article (The Indian Express, December 30) regarding the “unusual stridency” of the “public and political discourse” on the Armed Forces (Special Powers) Act. In a well-argued and non-polemical manner, the author has explained the rationale for the legislation.

It is, however, an unconvincing answer to the horrors of the incident which have shaken the acquiescence in the peace process of the Konyak community that dominates the Mon area. What has shocked them is the blatant failure of this trigger-happy unit to observe the spirit and possibly the letter of the restraining clauses of AFSPA designed precisely to prevent such an outcome. 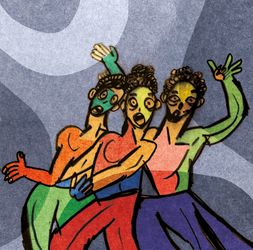 The Union home minister’s initial reaction on the floor of Parliament to the killings was, as usual, equivocal, and made no reference to the extenuating circumstances invoked in the law. But the pressure of outraged public opinion in Nagaland was such as to compel Chief Minister Neiphiu Rio (aligned to the BJP) to set up a special investigation team. The Army, for its part, has constituted somewhat tardily a court of inquiry under an officer of the major-general rank. Their reports will doubtless come in due course. Meanwhile, we have the retired major general’s article of December 30 to enable us to ponder the grave and disturbing issues raised by the events of December 4 and 5.

Did the unit act with “restraint and responsibility” as they were required to do, according to the retired major general? Did they observe the “stringent rules, guidelines and advisories” that govern the right to fire to kill? The retired major-general argues that “soldiers are human, and aberrations do occur”. He further argues that “when they do, military justice is dispensed swiftly and without bias”. Was any of this in evidence in the home minister’s statement? And does constituting a court of inquiry weeks after the tragedy constitute proof of “swift action without bias”?

The story of the truck attempting to flee, given currency by the home minister’s statement, is hard to credit. First, if experienced guerrillas were in the truck, why would they have taken such a narrow, barely accessible path—swarming with armed personnel, with no outlet to flee—if they were challenged? Is it credible that they would have offered themselves as sitting ducks?

Eyewitness accounts by a survivor indicate that the truck was on the upward slope of a culvert when an army vehicle mounted with a machine gun opened fire without warning. This appears to be in clear violation of Section 4(a) of AFSPA which insists that it is only “after giving such due warning” that firing might begin. The first time the passengers in the truck knew of their fate was when the firing started. Second, no attempt seems to have been made to ascertain whether, in fact, the vehicle was “carrying weapons or things capable of being used as weapons or firearms, ammunition or explosive substances,” as required by the law. Surely, if intelligence input indicated that the passengers might be insurgents, the truck could have been checked at its starting point to see if it was carrying any prohibited equipment. Should a democracy, even one under challenge by terrorists, have such a law that grants both immunity and impunity to the soldier trained to kill?