I am spending the week of the 50th anniversary of the liberation of Bangladesh in Dhaka. I was here for the silver jubilee, too. And my association with Sonar Bangla (Golden Bangladesh) began on December 16, 1971, when—at virtually the same time as Pakistan’s General A.A.K. Niazi was handing over the surrender documents to India’s General Jagjit Singh Aurora—I was appointed secretary to the committee established under the chairmanship of Prof Sukhamoy Chakravarty to organise emergency supplies to the new Bangladesh government to enable them to take back the millions of refugees who had fled into India. It was India’s greatest moment. No moment since or, indeed, before December 16, 1971, has had quite the resonance of that moment when we victoriously assisted in the liberation of Bangladesh. Although mine was a very minor part, it felt great then—and still remains unforgettable—to have been part of that greatest moment in our history.

What made it so historic a moment? Partly because it destroyed the false basis on which the country had been partitioned, with Muhammad Ali Jinnah endorsing V.D. Savarkar’s view that we were “two nations” in our sub-continent—one, Hindu; the other, Muslim. The partition of Pakistan established that the “two-nation” theory had given way to the “three states’ reality. 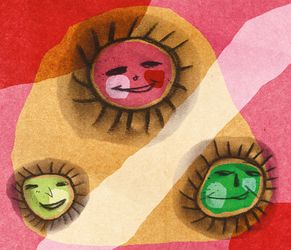 My Pakistani friend, Javed Jabbar, has argued that since Bangladesh did not revert to India but retained its own national identity as a Muslim-majority country, the two-nation theory remains reaffirmed.

I have been posing this point to friends here. They argue back that the object of liberation was never the dissolution of the 1947 partition of East Bengal from West Bengal, but the liberation of Bangladesh from oppressive Pakistan as an independent nation-state. Moreover, the thought simply never occurred to any sensible Indian that the merciless oppression of the Bangladesh liberation movement provided a ready-made opportunity for undoing the partition of 1947.

So, perhaps even more important than the surrender of Pakistan on December 16, 1971, was what happened on March 12, 1972—when the Indian armed forces followed up a grand farewell parade in Dhaka by marching every single Indian soldier back to India. That was when we demonstrated that we had no intention of following up military victory with occupation—arguably the only instance in history when the triumph of arms was not translated into seizing territorial gains.

The third related moment was the Simla Summit in July 1972, at which India (or, more specifically, prime minister Indira Gandhi) demonstrated that 1971 was not designed to destroy Pakistan. It was Pakistan, as initially conceived, that had destroyed itself. We had no intention of overturning Partition in the west. So, we handed back the Shakargarh tehsil that belonged to Pakistan and released, as an act of moral rectitude, the 93,000 prisoners of war, in full accord with the Geneva Conventions. In exchange, all we demanded—and got—was Pakistan’s sworn agreement to handle bilateral issues, such as Kashmir, bilaterally.

It is another matter that having secured Pakistan’s agreement to deal with our issues bilaterally, for much of the 49 years since Simla, we have refused to engage with Pakistan bilaterally. The point is that on the very morrow of war, India (and Indira) established that we are not a war-mongering nation. It was the highest tribute we could pay to the non-violent values taught to us by the Mahatma.

That is why I am here, celebrating with the people of Bangladesh 50 years of a great moral victory.