Cooperatives are listed as a state subject in our Constitution, and till the other day were looked after by an obscure department tucked under the wing of the Union ministry of agriculture. Now a whole new ministry of cooperation has been set up and put under the charge of the second most powerful figure of the political establishment, Home Minister Amit Shah. A new ministry may in itself be welcome. As the A.D. Gorwala committee said in 1954, “Cooperation has failed. Cooperation must succeed”. But why under a home minster who has plenty more on his plate? 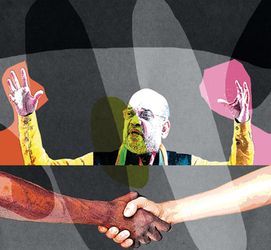 In addition, there are over 1,500 urban cooperative banks with a total paid-up capital of nearly Rs15,000 crore. This would be achievement indeed if cooperatives were really run on the three key principles set out in Part IX B of the Constitution: Voluntary, autonomous and democratic. And, not treated as an ATM.

Alas, cooperatives have been exploited for their money power. In 1915, Edward Maclagan, ICS, observed that the villain of the piece is the “mercenary registrar”. Over this century, many committees have been established to consider the working of the cooperative movement in independent India. These have included the Gorwala committee mentioned above, followed by the K.N. Ardhanareeswaran committee in 1987 and the C. Brahm Prakash committee in 1991, besides numerous conferences of chief ministers, notably the one summoned by Indira Gandhi in 1968.

Summing up the conclusions of these deliberations, the Cooperative Development Foundation of Hyderabad said in 1994: “The usurpation by most state governments through legislation of the power to conduct elections to cooperatives, the subsequent non-conduct of these, the frequent exercise of the legally permissible power of compulsory amalgamation and division of cooperatives, the placement of party workers and/or subservient government officers as management in the cooperatives during the interregnum following non-conduct of elections or reorganisation, the legitimised complete control over audit during the interregnum or at any other point of time, all point to the politician deeply committed to and benefiting from restrictive, unreasonable anti-cooperative legislation.”

This is the root cause of politicians involved in the cooperative movement becoming such powerful politicians, especially in western India. Shah is one of these as the long-serving head of the Ahmedabad District Cooperative Bank. Neither he nor his new ministry has said anything, as far as I am aware, about leveraging his new position to implement in letter and spirit the Constitutional provisions on cooperatives that were designed to give constitutional sanction and sanctity to cleaning the Augean stables of the history of cooperatives in India.

Of course, as Mark Antony said of Brutus in Shakespeare’s Julius Caesar, Shah is an “honourable man”. That might indeed be his intention. But until we see how he performs, scepticism is required to assess this extraordinary innovation of upgrading a minor department into a full-fledged ministry under a powerful politician whose roots are entangled with the cooperative movement in his home state.