J&K: Round one has gone to Gupkar Alliance, says Mani Shankar Aiyar

Why did Narendra Modi-Amit Shah invite to Delhi the very Kashmiris they were bent on discrediting? And, why did the Kashmiri leaders attend the high-profile meeting like obedient schoolboys? In other words: Who blinked? Modi-Shah or the “Gupkar gang”?

Was Modi only burnishing his image before embarking on a US visit? Or was it because the Americans, who are leaving Afghanistan, want a tidied-up South Asia with India concentrating its energies on fighting Washington’s cold war with China? What, in terms of domestic politics, has made Modi-Shah resile from their stated objectives when they undertook their parliamentary coup against autonomy for the state of Jammu and Kashmir on August 5, 2019? And, in Srinagar, what made the “Gupkar gang” turn up in Delhi for a command performance when none of their demands had been conceded or even put on the agenda? 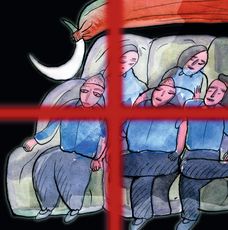 I venture to suggest that it was because nothing they were subjected to in the last two years has cowed down the Kashmiris. And, Modi-Shah resorted to blandishment on finding that neither coercion nor the threat of coercion had broken the back of Kashmiri resistance. Their hopes of ending the dynastic influence on Kashmiri political preferences have been dashed. The Abdullahs and the Muftis are as much in evidence in the Kashmiri polity as they were on August 4, 2019, when they first gathered at the Gupkar Road residence of Farooq Abdullah.

Delhi’s attempts to shore up an alternative leadership by lending their full support to dissidents like Altaf Bukhari and his Jammu and Kashmir Apni Party have come to nought; so also have its attempts to project dissident Sajjad Gani Lone as an alternative. The district development council elections proved, if proof were needed, that the “dynasts” still rule the political roost. Even Ladakh—now threatened with non-Ladakhi encroachments—is getting restive over the abrogation of Article 35A that guaranteed land and jobs to Ladakhis.

On the positive side, shared adversity has strengthened the Gupkar unity more than anything else could have ensured. Indeed, the continued incarceration of their principal opponents—the Tehreek-e-Hurriyat—has only increased Gupkar’s political space.

BJP leaders can, of course, claim that they have opened their Kashmiri opponents’ eyes to the irrefutable reality that they are in power in Delhi and can do what they wish to make life hell for those who do not fall in line. Of course, they can. But so could British viceroys from Lord Canning to Lord Linlithgow. Yet, who won in the end? Add to this that there is no investment from outside, no infrastructure development, no movement on the Kashmiri pandit front, no “naya Kashmir”, and you get an idea of who blinked first, Modi-Shah or the “Gupkar gang”?

Nor have the Kashmiris conceded anything to Delhi. They remain resolute on the restoration of Articles 370/35A. They have their reservations over the sequencing of the return to normalcy: Statehood first, delimitation next and elections last, while the Modi-Shah duo wants it the other way round.

Gupkar Alliance leaders have also shown that they are not resorting to disturbing law and order. They demand only their rights as Indians. They have revealed themselves as patriots able and willing to enter into dialogue with Delhi. With the prime minister himself engaging with them, it stands established that they are not into sedition or communal confrontation but are citizens demanding respect for their constitutional, legal, human rights and fundamental freedoms.

No knock-out blows have been delivered, but on points, round one has gone to the Gupkar Alliance.