Trapped in their own trap

With state assembly elections looming on the horizon in Assam, the Assam National Register of Citizens final list—tabled on August 31, 2019, but not yet notified by the Government of India—is revealing the cleft between the state’s perception of the problem of Bengali “illegal immigrants” as an issue of Assamese identity and the saffron perception of it in New Delhi in religious terms.

How flawed Amit Shah’s idea was of identifying the “termites” who have infested the woodwork of Assam on the basis of equating “foreigner” with “Muslim”, has been cruelly revealed by the outcome of the Assam NRC. Till then, there was general agreement in Assam that the influx of Bengali-speakers was altering the linguistic and cultural demography of the state, but the agitation on this account, led by the All Assam Students’ Union (AASU) and the Asom Gana Parishad (AGP), never before had any communal angle to it. 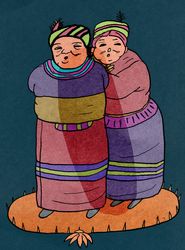 The new religion-tinged approach to the century-old question of Bengali-speaking immigration into the state arose after the BJP came to power at the Centre and soon after in Assam. They made two significant announcements: one, that in keeping with a 2013 Supreme Court directive, they would “update” the NRC for Assam; two, the high-level elaboration of a doctrine of citizenship which privileged Hindus anywhere over even Muslims residing in India.

In the event, at the end of the first phase of the Assam NRC exercise, some 40 lakh Assam residents were put in the doubtful category. This number was then reduced to 19 lakh in the second revision declared on August 31, 2019. It is generally believed that a majority of those whose future in India is thus cast in uncertainty are not Muslims at all, but Hindus! On the one hand, the low numbers of allegedly illegal immigrants disillusioned Chief Minister Sarbananda Sonowal and his AGP partners; on the other, the large share of Hindus among those identified as not having proved their right to citizenship undercut the BJP’s purpose.

Caught on the horns of this dilemma, the Union government has simply failed to notify the Assam NRC, thus coming in the way of the affected 19 lakh receiving the certified copies of their rejection required to begin the legal process of appealing first to the foreigners’ tribunals in the state and from there to higher courts in Guwahati and New Delhi. Two scholars at O.P. Jindal Global University, Mohsin Alam Bhat and Aashish Yadav, have recently published a paper saying that these 18 months of intense uncertainty could constitute a violation of their rights under Article 15 of the Universal Declaration of Human Rights as also a 1955 judgment of the International Court of Justice that persons with “genuine links” to their place of residence cannot be denied nationality.

Meanwhile, 834 of these unfortunates (including 559 Muslims and 275 Hindus) have been placed in six detention centres attached to jails even when several of them seem to have one or more parent, sibling or spouse cleared for registration as citizens. A place for 3,000 more such victims is being constructed at Goalpara. As such action is manifestly “discriminatory”, this could be violative of their constitutional rights. It is also instructive to note that, according to a 2012 Assam government white paper, of over 1.26 lakh immigrants declared as “illegal immigrants” by the foreigners’ tribunals since 1964, only 2,442 have been deported or pushed back. The rest seem to have simply disappeared. What then is being achieved by pre-emptively punishing some without them being convicted, while others are left wondering what is to become of them? Is this the way forward?