Can violence be sacred, democratic?

Swapan Dasgupta’s claim in a newspaper column that the Ram Mandir “links antiquity to present” does so by the neat trick of bypassing all that has happened in between. Dasgupta’s verbal legerdemain is best revealed by his gentle expression “removal of the disputed structure” to draw a veil over what the Supreme Court in its judgment had described as an “egregious” act of barbaric violence. The Babri Masjid was not “removed”; it was destroyed, desecrated, dismantled brick-by-brick by a gang of thugs claiming allegiance to hindutva.

And that explains too why Dasgupta had to hurriedly correct his assertion of the event having resulted in a “national reawakening” to this having done so “among Hindus at least”. More accurately, he could have argued “among my kind of Hindus at least”. For on this occasion, more than ever before, it is important to distinguish between “Hindu bhakts” and “hindutva bhakts”. 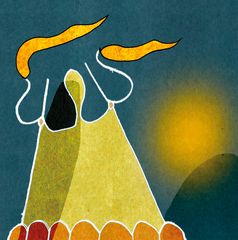 We have two marvellous works, published at the same time as Swapan’s article (early August) to underline the distinction between the two. Both are by highly regarded historians, one who teaches abroad and the other in India: Prof Vinayak Chaturvedi’s Violence as Civility: V.D. Savarkar and the Mahatma’s assassination, published in the learned journal, South Asian History and Culture; and Dr Aparna Vaidik’s My Son’s Inheritance: A Secret History of Lynching and Blood Justice in India.

Citing Savarkar’s final work in Marathi, Saha Soneri Pane, published in English as ‘Six Glorious Epochs of Indian History’, Chaturvedi says Savarkar saw these “epochs” as “inspired by a code of conduct called ‘Hindu civility’”. For Savarkar, “violence, in the form of assassination, was not only ethical, but also a foundational aspect of Hindu civility… any understanding of civility must also take into account the virtuous, ethical and necessary uses of violence”.

Savarkar hated Gandhi and held that Asoka was “anti-national” because he embraced the central Buddhist doctrine of “non-violence”. It is this cult of violence that was on display when pious practitioners of hindutva, inspired by Savarkar’s doctrine, “removed” a symbol that links antiquity to the present but only through the Buddha, Mahavir, St Thomas, Prophet Mohammad, Adi Sankara, and the Bhakti movement, which gave us the Sikh religion as its finest flower. We are the inheritors of all that, not just of “antiquity”. It explains why Hindus were in a three-quarters majority after Muslim rulers had sat on the throne of Delhi for 666 years.

Vaidik analyses through her study of mythology and history how the story of the lynchings since the BJP came to power of “Zahid Ahmad, Noman, Mohammed Akhlaq, Mazloom Ansari, Imtiaz Khan, Mustain Abbas, Vashram Sarvaiya and his brothers, Mokati Elisa and Pehlu Khan” is linked to hindutva. “Each act of lynching,” she says, “entrenches the Hindu supremacist’s sense of being a historical victim and in turn criminalises the dalit, the Muslim or the Christian… Nothing removes the paranoia of the majority community… violence has been externalised, othered, and justified in the name of enacting social justice.”

It was because Nehru, as prime minster, did not share that paranoia and revanchism that he refused to attend the inauguration of the Somnath Temple. It is because Modi is inspired by Savarkar’s view, that, “both bloodshed and violence are necessary for Hindus” that we saw the prime minister perform a sashtanga namaskaram at Ayodhya without one word of compassion or sympathy for our Muslims or any offer to attend the inauguration of their alternative mosque, if invited.