The perils of presidentialism

Shashi Tharoor in a newspaper article has attempted to revive an old argument about whether a presidential rather than a parliamentary system would give better results in India. His long argument is best summed up in a single sentence of his own crafting: A president “would have stability of tenure free from legislative whim, be able to appoint a cabinet of talent and, above all, to devote his or her energies to governance”.

Since his inspiration comes from the US, let me cite American examples to show that he is wrong on all three counts. First, the US president does indeed have enviable “security of tenure”. But because the elections to the House of Representatives and a third of Senate seats are held in the middle of the president’s four-year term, every president is constantly looking over his shoulder to keep both houses of Congress in his favour for fear of falling foul of “legislative whim”. 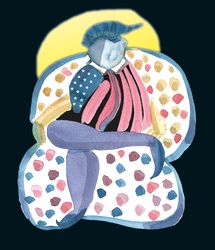 Shashi, I am sure, has read more memoirs of US presidents and their closest aides than I have. So he is certainly aware of how preoccupied the White House is with keeping relations with the legislature on even keel. The expression “pork barrel politics” comes from American experience. It refers to the well-honed practice of finding out what each legislator wants either for himself or for his constituency, and holding that in reserve till the president’s army of illegitimate hatchet men have found ways of buying that Congressman’s vote.

And, surely, he knows that every president maintains—through the FBI, the CIA and the Internal Revenue Service—tabs on all the moral misdemeanours of Congressmen and women to turn the screws when needed. Can I send him the link to House of Cards, or would he prefer the non-fiction accounts of Seymour Hersh, Steve Bannon and John Bolton?

As for the president’s right to “appoint a cabinet of talent”, the difference in our age—I think Shashi is nearly 20 years younger than I am—perhaps accounts for his not recalling a book that transformed my generation, which was in its twenties during the Vietnam war: The Best and the Brightest by David Halberstam. The charismatic John F. Kennedy had indeed appointed perhaps the most outstanding “cabinet of talent”—the Best and the Brightest—ever assembled by any US president. Halberstam showed how, precisely because they were so mesmerised by their own talent, they led the United States into the quagmire of Vietnam, Laos and Cambodia from which it took decades for the US to extricate itself. I was posted in Hanoi at the time and had a ringside view.

Nearer to home, who can forget that the most intellectually brilliant US secretary of state ever, Henry Kissinger, was the one who spurned Indira Gandhi, opposed Indian intervention in the liberation of Bangladesh and tried to rope in the Chinese to open a second front in 1971. Not to forget that the nuclear-powered USS Enterprise sailed into the Bay of Bengal to intimidate India into calling off its support to the Mukti Bahini. Kissinger failed, and that is the point of my story.

As for his final argument that the presidential system frees the president to “devote his energies to governance”, is Shashi unaware of President Donald Trump, who has brought more death and destruction on the US than Ho Chi Minh ever did, by focusing on his reelection instead of governance in a time of Covid?