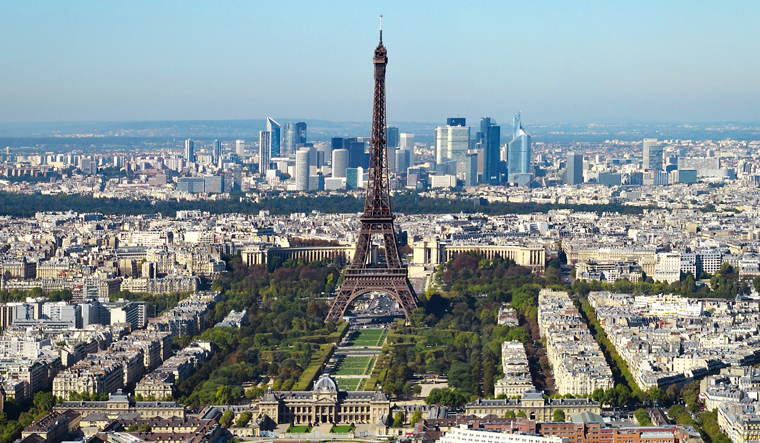 A view of Paris and its streets | Wikimedia Commons

A group of young men and women dressed in running gear practiced diligently on a quiet street, cheering each other loudly. The street was empty but for the odd vehicle that silently passed by. The sun had started to set, casting its golden glow on the athletes and the surroundings; the sky, meanwhile, turned a deep shade of orange with streaks of crimson, violet, and silver. The evening chill has started to set in, and so has the drizzle. This scene could be happening anywhere, except the cheering is in French, and the street is flanked by the Seine on one side and the Louvre on the other. As I walk along the river towards the gleaming Eiffel Tower, soaking and shivering in the rain and yet smiling at the setting sun and the colourful sky, I realised that the moment perfectly encapsulated the city for me.

I had not planned anything about my trip to Paris. I had done no research and booked no tickets, I hadn’t read any books set in Paris, neither did I watch any movies set in the city. It may sound like weird, but I wanted to discover Paris at my own pace, in my own space.

The beauty of Paris dawns upon you the moment you step into the city—whether you are in a residential area with tall, imposing apartment blocks, quaint streetside cafes, and tiny neighbourhood shops, or in the historical center with palaces, boulevards, museums and bridges. Paris leaves you awestruck. But then the very foundation of Paris is based on grandeur—from the teardrop shaped island that gave birth to the city, to the medieval castles and palaces, and the not-so-old boulevards and avenues built by emperors and kings. The grandest of all, however, is the majestic iron and steel structure in the heart of the city. 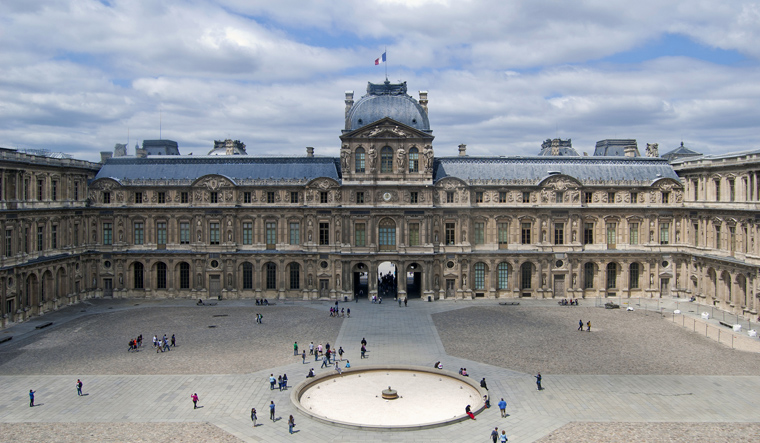 The Eiffel Tower was built as a temporary exhibit to commemorate the 100 years of French Revolution, but such was its impact on the city and its people—including the Nazi general who defied Hitler’s order to demolish it—that it was never taken down. Decades later, it still stands tall and proud as a symbol of Gustav Eiffel’s defiance.

I had, of course, seen my share of pictures of the Eiffel Tower, but I had no idea of its magnitude. And now that I was right in front of it, I could not believe my eyes. The 324 meter high spire pierces through the sky and it golden metal glistens and glimmers in all its might. I almost topple over as I crane my neck to catch its peak. It’s only when you see the Eiffel Tower you know what it is—truly a marvel.

There are many ways to see Paris—on a bus, by the metro, through curated tours, and by personalised taxi services. However, I felt like walking. That was, in my view, the best way to get to know a place. I also realise that though I had very little time, there was a lot to do. Who returns from Paris without going to the Arc de Triomphe or the Louvre? So I decide to hop on to the underground for longer distances and walk the rest of the way.

My first stop is Ile de la Cite, the island where Paris was born. While the tiny island boasts of places of historical significance, like the gothic Notre Dame and Sainte-Chapelle, it is the adjacent island of Ile Saint Louis where I am headed. Dotted with cafes, lined with bookstores and boutiques, this neighborhood boasts of 17th century architecture and is dedicated to the good life that Parisians cherish. As a traveller, my choices were limited to sipping coffee, ambling along the Seine, watching a street performance, or just wandering on the streets. 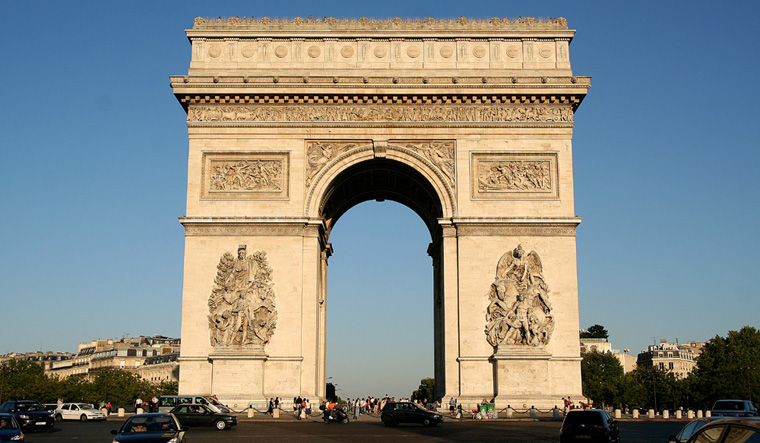 And so, I spend my morning ambling in the lanes of Latin Quarters, watching a cute boy play accordion, shopping for souvenirs, and stuffing myself with cheap Greek sandwich and a strangely tart Fanta.

"Be Not Inhospitable to Strangers Lest They Be Angels in Disguise”. The words displayed prominently on the wall tell me that I am finally at Shakespeare and Company, the playground of world famous writers like Ezra Pound, Ernest Hemingway, and James Joyce. Set up in 1919, it happens to be the oldest English bookstore in Paris and a must-do on my itinerary.

The store is famous not only for its literary significance—which is huge—but also because it offers shelter to anyone who may need it. The only catch—you have to be friendly with the resident cat. Apart from the cat, and the two beds, the place is overflowing with books of all kinds. The tiny room on the first floor has people sitting by the sunlit window browsing and reading. Muffled sounds and bits of conversation filter in from the window, but it is still quiet inside. Strangers smile and make conversation with each other even as they squeeze through the tiny doors and narrow walkways. As I pick up a collection of love poems from a shelf dedicated to verses, the man next to me smiles in approval.

Paris has been a torchbearer of fashion and style for centuries and no place in the city demonstrates this better than the Champs Elysees. It is said that the famous brand H&M was denied space here for years because the authorities believed that the shop would turn the elite high street into a commercial marketplace. You know what they meant when you take a stroll along the avenue flanked by the likes of Tiffany’s, Chanel, Breitling and more. A short metro ride has brought me to the most coveted High Street in the world, and I must confess that I felt embarrassingly underdressed in my pink sneakers and tacky jeans. But what is a traveller that cannot overcome embarrassment to enjoy the moment? Forgetting all about my attire, I join the chic locals in window-shopping. Soon I become one of them.

While people from world over go to look at Paris, Paris enjoys looking at people. People watching is serious business here. Whether it is sitting by the Seine watching the boats cruise by, and waving at the tourists occasionally, or sipping espresso from tiny mugs while smoking cigarette after cigarette, smiling at the passerby, you will always see the Parisians relaxed and smiling.

As they say, when in Paris, do as Parisians—so I decide to indulge in some people watching too.

It is late evening now and I am in the gardens of the Louvre. The sun is still shining bright and the sky is as blue as it can possibly be. A little distance away, a lady plays ball with her tiny dog. A little further away, some young men are having a picnic. Around me in the hedge, two boys play hide and seek. In front of me, a group of girls jump every few seconds, trying to coordinate their smiles with their height of the leap to get the perfect picture. Across the museum, on the far end of the horizon, I see the Mona Lisa smiling at the world, and at the other end of the horizon stands the majestic Eiffel Tower. I know I have to keep my appointment with it in the evening, but for now I lay on the grass, happy and content, experiencing the joy of Paris through its people.