Open defecation is a social malaise that affects every Indian: Author Piyush Jha 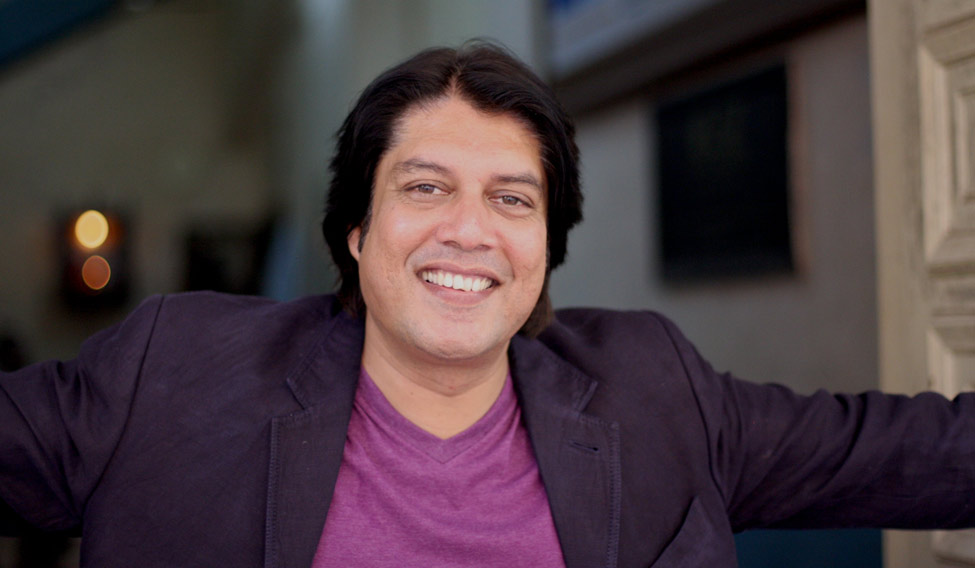 One of the most abused activity of a very large number of Indians, especially those who live on the periphery of society — the mostly early morning answering the call of nature, defecation! Director of comedy satire films, Chalo America and King of Bollywood, as well as writer of crime thriller novels, Mumbaistan, Compass Box Killer, Anti-Social Network and Raakshas, Piyush Jha stumbled upon a story idea one day, among the many, while doing his regular morning walk on Bombay’s famed Juhu Beach.

“I go to the Juhu beach every morning for a walk and I see one part of the beach full of open-defecators while most of the beach is used by posh people for their morning exercise. A lifetime of seeing such visceral disparity has stayed with me. And then recently, I heard that a bunch of Clean-Up Marshalls appointed by the Municipal Corporation had gone to stop people from defecating on the beach but they were beaten up by the defecators who claimed that it was their right since the government had not provided them adequate sanitation. This was what sparked-off the idea for writing The Great Indian Bowel Movement,” says Piyush Jha.

The novelette starts with this intro:

“Here, I present the hitherto unrecorded annal of a reformist mass movement that for an ephemeral moment caught the collective imagination of the Indian nation. Given below is an account of the circumstances that led to the creation of the said movement, its rapid ascent into the popular consciousness, and the eventual consequences.

It all began in the forgotten, dusty town of Haganpur, tucked away in the small province of Purab Pradesh in the eastern regions of India. I can say with some amount of surety that the following announcements in the local papers were the triggers that set it off.

The election commissioner today declared that by-elections for the Haganpur parliamentary seat would be held on December 18 this year. The seat fell vacant when the sitting MP Shri Surya Kant passed away last July.” 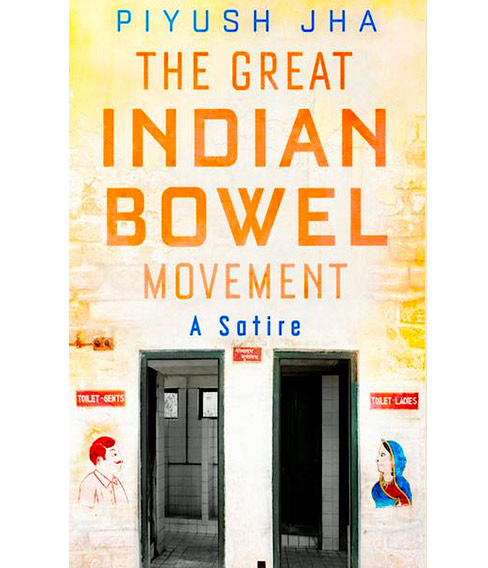 So, local strongman Prem Bhaiyya, a close ally of Surya Kant, is put up as candidate for the seat. Meanwhile, out of the blue, Hari Shankar, owner of a popular grocery store decides to field himself as an independent candidate. His pitch? To provide a free toilet to every household where open defecation was the most natural thing to do. He goes about ordering a container-load of unique personalised chemical toilets from China. And, his slogan? Poo in Privacy! This was in answer to Prem Bhaiyya’s hair brained idea of launching mobile public toilet vans to go around every street in the town.

Eventually, as they say, the poo hit the ceiling with both candidates using their wiliness to be one up on the other, in the bargain, dragging each other in the filth and muck of politics. Piyush Jha has a good command over the humour genre of writing and has adopted the epistolary style of writing the novelette. “Many writers have used this form because it brings a realism into the story by mimicking it. The news item on the Clean-Up Marshalls as well as the follow up reports were so interesting for its seriousness as well as the mockery of society by the administration who are over-burdened with so many other issues that a basic need is ignored,” notes Piyush.

From crime fiction to humourous fact-fiction writing must have been challenging? “In recent times, I have been leading a life of crime-fiction and hence, wanted to take a break from it. So, it was natural to me to tap into something lying latent inside me i.e. humour. After all, I did make comedy movies, you know? But I look at it as another stone turned on my journey of storytelling. I had no plans on becoming a crime-thriller writer but I became one and I feel that I should keep myself open to ideas and thoughts and keep exploring them as stories.  Let’s see where this journey takes me,” says Piyush.

Is there is an underlying social message?  “Absolutely. But I am letting the reader take the message in the way that he feels best. Some might be moved, some might be ashamed, some might be offended, but I am hoping that it has an effect in some little way on each and every one who reads it. Open-defecation is a social malaise that affects each and every Indian somewhere or the other,” concludes Piyush.

The Great Indian Bowel Movement can be downloaded from the Juggernaut Books app.