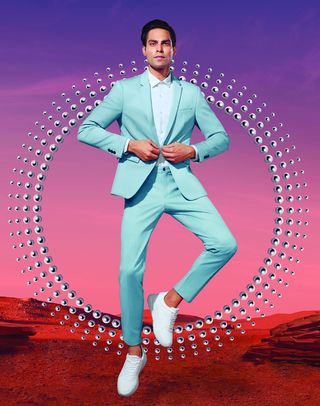 The Gujarat Cooperative Milk Marketing Federation collects milk from some 36 lakh farmers twice a day like clockwork. Any interruption would make around two crore litres of milk go waste. It was a challenge in the months of the lockdown, but GCMMF, which owns the Amul brand, made sure that every cog in the machine worked without any glitch. “There were instructions from the Gujarat chief minister’s office that milk procurement had to continue,” said R.S. Sodhi, managing director of Amul, headquartered in Anand in central Gujarat. From coordinating with the authorities for permissions to ply tankers to teaching farmers’ families hygiene practices to connecting with them regularly on videoconferencing, arranging langars for the people in the supply chain and giving 20 to 30 per cent extra incentive to the labour staff, Amul did it all.

“During the lockdown, private players were not collecting milk. The government asked us to collect milk from non-members as well. We agreed, and as a result 40 to 50 lakh litres more of milk was collected daily,” said Sodhi. Collecting milk, however, was only half of the problem, as the lockdown had severely affected the supply chain, and the ice cream sales tanked owing to consumers’ concerns about the virus.

Amul wasted no time to shift the supply chain workforce in the ice cream segment to dairy products, and introduce products that instantly created a large customer base. “Normally it takes a long time to introduce a product,” said Sodhi. “However, in such a situation, decision-making and action become faster.”

While the lockdown had been a period of financial turmoil and layoffs for most businesses, many Gujarati enterprises saw it as an opportunity to keep innovating and use management skills to remain afloat, minimise losses, increase profitability and introduce relevant products. Amul’s immunity boosters in milk with turmeric, ginger and basil variants, for instance, turned out to be a major sales driver. The company has been getting large orders from temples for its panchamrit, which is given as prasad. Amul’s 10ml single-serve packs of panchamrit contain cow milk, curd, honey, sugar and ghee. “Our creamer plant was idle and we used it for panchamrit. It remains touch-free and can be taken home as prasad,” said Sodhi. 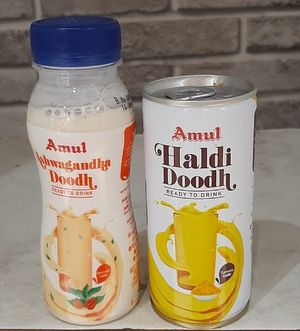 Amul has introduced several innovations during the pandemic, including milk infused with immunity boosters

About 270km from Anand is Morbi, the heart of India’s clock-making industry. It supplies India with about four crore clocks a year. But the lockdown was a severe blow. “We brainstormed and came up with the idea of making electric mosquito killing rackets,” said Jaysukh Patel, managing director of Ajanta Oreva Group, India’s largest clockmaker. Almost all of India’s requirement of three crore mosquito rackets a year is met by imports from China. Patel took the lead and the Morbi Clock Manufacturers’ Alliance was formed to manufacture mosquito rackets. The clockmakers had the machines and the raw material were available. “Though the rackets from China are cheaper because of under-invoicing, we are hopeful that people will give preference to an indigenous product,” he said. Ajanta Oreva is manufacturing 8,000 rackets a day and plans are afoot to increase the capacity to 25,000.

While these innovations have been in response to Covid-19, many of them are likely to be around even after the pandemic. “Lifestyles have changed. I do not see the possibility of things returning to pre-Covid days,” said Satendra Aggrawal, business head of foods & FMCG and marketing at Adani Wilmar, the second largest player in India in the packaged food segment. The company, which is part of the Ahmedabad-based Adani Group, recently forayed into sanitisers and liquid handwash. Aggrawal said the sanitiser market grew from Rs150 crore in 2019 to Rs500 crore this year. The company expects the liquid handwash segment to grow by 30 to 40 per cent in five years.

Adani Wilmar’s mainstay, the edible oil portfolio, is also getting a makeover prompted by the pandemic with immunity booster oils and balanced/mixed oils. Aggrawal said products induced with high proteins were also being fast-tracked, which would include healthy food for children.

Morbi, which is about 60km from Rajkot, accounts for about 90 per cent of India’s ceramic production. But the town saw the lockdown forcing some 40,000 of its workforce back to the villages. The cluster, which has small-, medium- and large-scale ceramic units, however, is back to normal now. Nilesh Jetpariya, president of Morbi Ceramics Association, said the companies ensured that the employees came back. “To ensure that the production does not suffer post-lockdown, we started the system of advance payment. About 80 per cent of the business is now on advance payment and people give it willingly,” he said. 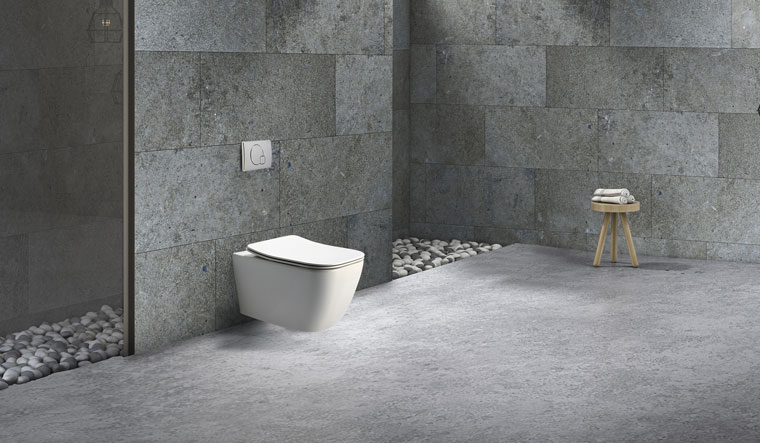 The cluster now has a renewed focus on exports. Jetpariya said the annual exports, which was around Rs12,000 crore, has increased by about 20 per cent and they have started competing in Chinese-dominated markets.

And there have been innovations to cash in on the trends. Sanitaryware manufacturer Cera, for instance, has come up with anti-bacterial toilet seats and rimless western commodes. The company has also introduced touchless, sensor-activated faucets. Atul Sanghvi, executive director and CEO of Cera, said had it not been for the pandemic, the introduction of such products would have been much slower.

Pathik Patwari, honorary secretary of the Gujarat Chamber of Commerce and Industry, said Gujarat grabbed the opportunity and put the existing infrastructure to manufacture products that are in demand. A point in case, he said, was face masks—Gujarat is the largest exporter in India.

Ahmedabad-based Arvind Ltd, one of the largest manufacturers of denim in the world, was hit by the dwindling exports owing to the pandemic. But the company, headed by Sanjay Lalbhai, swiftly started making masks and PPE kits. Punit Lalbhai, executive director, said Arvind and ACT Grants, a non-profit coalition of venture capital funds and startups, have partnered to manufacture 30 million N95 masks in 12 months.

Arvind was the first in the country to introduce anti-viral textile technology under the Intellifabrix brand in partnership with the Swiss company HeiQ Materials AG and Taiwanese speciality chemicals major Jintex Corporation. Garments treated with HeiQ Viroblock inhibit viruses and kill them upon contact, minimising the potential for retransmission of pathogens.