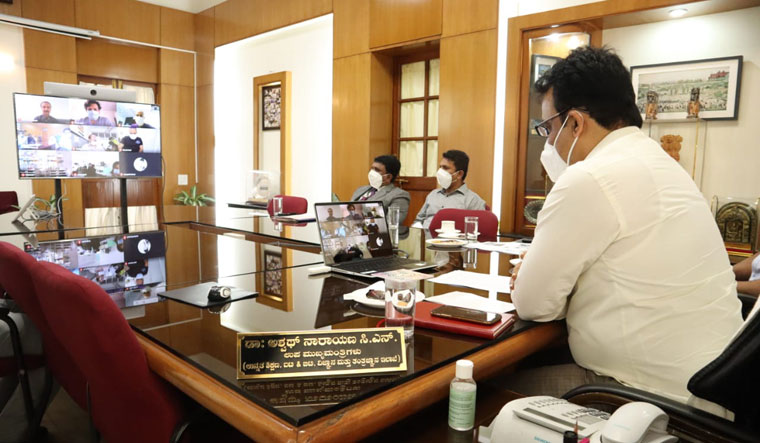 A 55-year-old man with chronic liver disease and severe cough was recently rushed to the intensive care unit of the Covid-19 hospital in Karnataka’s Bagalkot district. As he tested positive and his condition deteriorated, doctors feared that he might succumb to the pandemic just like the hospital's first critical patient who was admitted in March. This man, however, survived. A team of specialist doctors from Bengaluru, who are part of the state’s Tele ICU initiative, helped doctors in Bagalkot treat the patient. “The patient was a former alcoholic and was in a critical state,” said Dr Chandrakant Javali, senior specialist physician in Bagalkot. “But Tele ICU helped save the patient. I feel I would not have lost the first patient if Tele ICU had been there earlier.”

For doctors in peripheral hospitals who battle limited infrastructure and poor access to treatment protocols, Tele ICU has been a boon. Set up in mid-April, Tele ICU is an online facility to treat critically ill patients in remote areas with the help of off-site experts and technology. The state government has roped in two private hospitals—Columbia Asia and Manipal Hospitals in Bengaluru—to act as the nerve centre of 29 district hospitals designated as Covid-19 hospitals. Tele ICU has pulmonologists, intensivists and critical care experts conducting e-rounds to monitor critical cases in remote areas twice a day.

Karnataka has had 1,568 high-risk patients; 749 of them have been discharged and 755 are being treated. Out of the 207 deaths reported till June 15, eight patients were brought dead. A good number of cases were late referrals from private hospitals.

“Covid-19 is a unique disease because at least 50 per cent of patients appear very normal, but suffer sudden deterioration because of silent hypoxemia (dip in oxygen level in blood), which can be fatal,” said Dr Pradeep Rangappa, who is heading Tele ICU’s Columbia Asia unit. “As low oxygen in blood goes unnoticed if not tested, we identified certain alarm markers or predictive variables for Covid-19 patients. Blood tests help us monitor these alarm indicators. Early indication helps in early intervention, which in turn reduces mortality.”

Dr Trilok Chandra, Tele ICU’s chief nodal officer, said high-risk groups—like the elderly, patients with co-morbidities, children and pregnant women—needed a critical care support unit. But setting up Tele ICU was challenging, as most government hospitals did not have well-equipped ICUs or the expertise to handle a new disease like Covid-19. “First, we standardised the checklist so that all hospitals followed the same set of parameters for investigation, monitoring and treatment,” said Chandra. “We homogenised the care and identified alarm markers. The state-level expert committee came up with treatment protocols and standard operating procedures from time to time. The government also upgraded the ICUs in hospitals to provide bedside dialysis, X-ray and oxygen facilities. During the weekly videoconferences, the specialists guided the remote hospitals to make necessary changes to their ICUs or treatment protocol.” 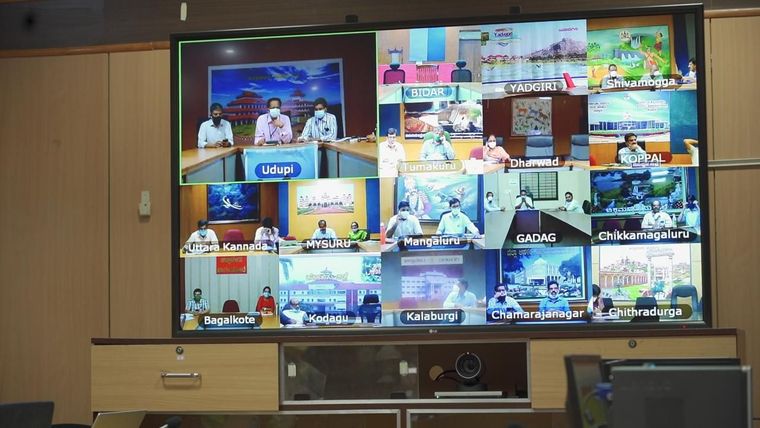 The 257-bed district hospital in Bagalkot, which has 43 ICU beds, 24 doctors and 100 staff nurses, was upgraded. “We procured pulse oximeters and non-invasive ventilators, and trained our staff on safety measures. Tele ICU has dramatically changed the outcomes, as it has helped in constant monitoring and early intervention,” said Javali.

Rangappa said the initiative clicked because on-site and off-site experts worked cohesively. “The network of more than 150 doctors working across 29 hospitals subscribed to the concept,”he said. “The knowledge transfer brought transformative change in treatment protocols and practice patterns, empowering bedside doctors to adopt standard operating procedures and train their staff. The involvement of the bedside doctor in decision-making helped shape effective treatment, as patients came in with challenging and multiple complications.”

Tele ICUs have helped doctors adapt new technologies; for instance, non-invasive ventilation is more effective than invasive ventilation in critical cases. “We started monitoring all patients with pulse oximeter, as a sudden dip in oxygen levels can be dangerous,” said Chandra. “Patients were monitored using finger clip oximeter, which gives an alert the moment the oxygen level goes below the threshold. This has improved the chances of survival. Our endeavour is to prevent patients from reaching the ventilator stage with early identification and therapeutic interventions.”

The Covid-19 death rate in Karnataka is one of the lowest in India. “The Karnataka model of Tele ICU can be replicated by other states reporting high Covid-related mortality,” said Rangappa. “However, deaths can be averted not just by doctors or treatment, but by the behaviour of people as well.”

With the easing of the lockdown, the government is expecting a surge in the number of critical cases. It has enhanced facilities in ICUs and isolation wards, and formed district-level “therapeutic committees” involving specialists in private hospitals.

“The state is encouraging reverse quarantine—confining only the vulnerable groups to home—children under 10, persons above 55, and those with co-morbidities,” said Chandra. “We are also conducting household surveys to detect the cases early. We are also sensitising private hospitals to refer symptomatic patients to the designated health facility, or follow the standard treatment protocol.”