Uddhav Thackeray can go to Ayodhya or Kanyakumari. Why should we object? 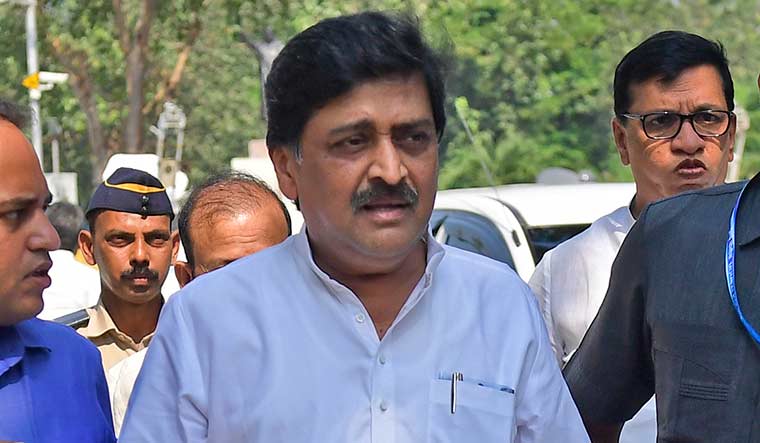 Were you reluctant to join the government?

In the last five years, with the Congress being out of power, we had to face the BJP’s onslaught. Remaining in the opposition was not a difficult task, but the way the BJP has been treating the opposition, the way it has been misusing official machinery like the the police department and IAS and IPS officers was something we never experienced in Maharashtra even when Atal Bihari Vajpayee was prime minister. The harassment was beyond imagination. I thought there is an opportunity to rebuild the party and strengthen party workers.

How did you convince Sonia Gandhi about the alliance with the Shiv Sena?

I was not the only leader who took the initiative. Many others, too, felt that we should join the government to keep the BJP out. After what we experienced in the last five years, this was an opportunity to run an efficient administration and get Maharashtra back on track. So we told the party leadership that we should form the government. There was initial reluctance because of various ideological issues. Ultimately, secularism and the Constitution are the only planks on which we agreed to come together and a common minimum programme was formed.

You recently said the Shiv Sena should abide by the Constitution.

Not just the Shiv Sena, all three partners in the coalition must go by the Constitution and the common minimum programme.

There is an impression that the Shiv Sena and the NCP are pushing their agenda, while the Congress is nowhere to be seen.

I do not think it is factual. The Congress is also performing. The media is probably not giving us enough space.

The NCP took up Bhima Koregaon and the Ambedkar Memorial issues, the Shiv Sena took up the Shiv Bhojan meals programme and Mumbai 24x7, but Congress has not done anything big.

Unfortunately, the Congress could not get any of the important portfolios with a lot of public interaction, for whatever reason. But whichever portfolios we have got, we are doing good work. For example, infrastructure is very crucial for Maharashtra and the PWD looks after it.

You are heading it.

Yes. Quality roads are needed across the state, not just in urban centres and municipal corporation areas. I am fully focused on that. We will make sure that the infrastructure is excellent.

Senior Congress leader Milind Deora recently wrote to Sonia Gandhi that the promise of providing 500sqft houses to slum dwellers has not been taken up yet.

There is a feeling in the Congress that its ministers should have raised their voice when Chief Minister Uddhav Thackeray said he would visit Ayodhya.

I do not agree. The Ayodhya issue is settled by the Supreme Court. Whether Uddhav Thackeray goes to Ayodhya or Kanyakumari, it is his decision. I go to Hanuman temple on Saturdays. If he feels like going, he is free to go, why should we object?

No, no. Nobody has invited anybody. I also go to temples, but I do not publicise my visits.

Does the Congress agree with views expressed by the chief minister on the Citizenship (Amendment) Act?

The Congress working committee has opposed the CAA and the National Register of Indian Citizens. That is why our workers are agitating. Uddhav Thackeray has a different view. But our stand is very clear. Our party president has participated in agitations, and we have done so in Maharashtra. Uddhav Thackeray probably does not want the BJP to benefit from the issue. These issues also need to be addressed in the coordination committee. Our party has made its stand very clear. Ultimately, there has to be a balance so that the issue is not exploited by the BJP.

Do you think your government will complete its full term ?

Why not? The next five years are crucial for Maharashtra. We will perform better than the earlier government and will give results.