The speaker shut me up in parliament 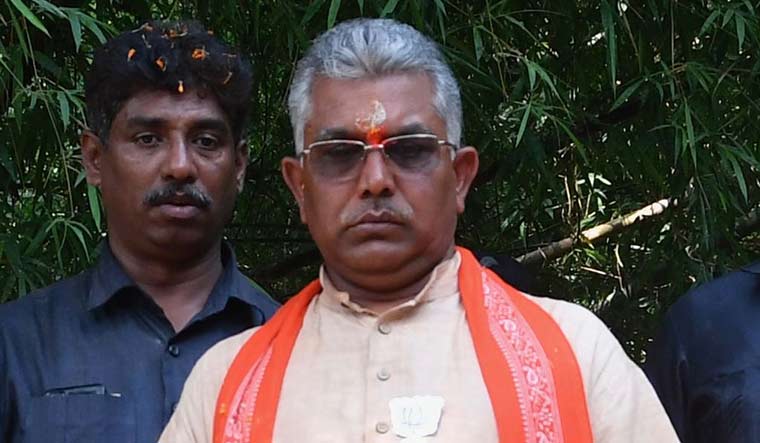 The bypoll results were disastrous for you.

I did not expect this result at all. It is a big setback. But there will be a big turnaround.

There was a rebel candidate in Kharagpur, the seat you vacated.

There was infighting in the BJP to an extent. But the Trinamool faced even more infighting. Actually, we lost to the mafia raj in Kharagpur.

Infighting in the Trinamool should have helped you.

In 2016, we won because I fought as BJP president and it was treated as a heavyweight fight. People came out to vote despite the mafia raj. We fought the 2019 Lok Sabha elections in the name of [Prime Minister Narendra] Modi ji. Both names were missing this time. Also, voters do not take byelections seriously.

Was bringing up the NRC issue a wrong move?

No. We failed to explain the NRC to the voters. It hit us in Kaliagunj and Karimpur as both are border constituencies. The Trinamool was successful in creating a fear in the minds of voters.

Corruption by Trinamool leaders has been a major campaign plank for you. But no action has been taken against the accused.

Wherever I go, people ask me why the corrupt have not yet been punished. I am facing a lot of criticism.

Your critics talk about a tacit understanding between the BJP and the Trinamool.

I do not know. I fail to understand why action is not taken against those who looted the state. We had to pay a heavy price for it. Recently, I raised in Parliament the issue of pending prosecution requests by investigation agencies against Trinamool members. But the speaker asked me not to interfere in his business.

Your views about the Trinamool’s resurgence?

The Trinamool has lost its support base. Wait till early next year. We will start a mass movement. Our organisation is being revamped with young faces. Do not judge us on the basis of these byelection results. This government will go.