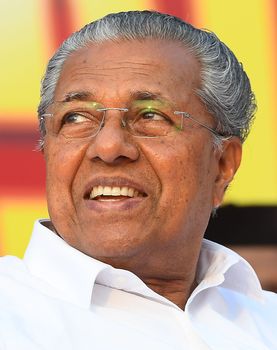 FOR SOME PEOPLE, crisis is an opportunity. Kerala Chief Minister Pinarayi Vijayan belongs to that group. The unprecedented magnitude of the 2018 floods in Kerala brought out the leader in him.

In the months following the floods, though, the state government suffered a series of setbacks—beginning with the controversy over women entering Sabarimala and ending with the rout of the ruling Left Democratic Front (LDF) in the Lok Sabha elections in the state.

The heavy rains and landslides that wreaked havoc across Kerala this year have again brought out the leader in him. Vijayan talked to THE WEEK about the lessons learnt in the past one year and the way forward. Despite the calamities, he said, the developmental projects his government had initiated are well on track. Excerpts from the interview:

The LDF government took up many mega projects when it came to power. In the wake of the floods, where do they stand?

All the mega projects—be it inland waterways, Kochi Water Metro or GAIL pipeline project—are well on track. Though the floods hit us unexpectedly, we could bring the projects back in action without much delay. Similarly, plans for the next phase of Kochi Metro is also on track. All projects will meet deadlines. There will be no delays.

The government recently announced a 532km high-speed rail corridor. At Rs66,000 crore, this is probably the biggest development project in the state. Will its utility justify the cost, effort and environmental impact?

Once the project is done, the travel time between the southern and the northern tip of the state will be reduced to four hours, from the current 12 hours. Time is valuable for everyone, be it for a businessman or a professional. The project will make the entire state well-connected for all. As it is being conceived as an elevated corridor above the existing railway track, large-scale land acquisition will not be needed. A proper study on its environment impact is being carried out.

We are discussing these mega projects at a time when the state is facing unprecedented natural calamities. How will you strike a balance between developmental aspirations and the need to protect the environment?

It is a fact that we cannot pursue development the way we used to—by ignoring its impacts on the nature. At the same time, we cannot ignore the aspirations of our future generations.

The government makes a conscious effort to make every project sustainable and environment-friendly right from the planning stage. No project has been initiated without assessing the impact on environment. A ‘green element’ is added to every project initiated; rainwater harvesting and solar energy panels are essential ingredients in all of them. Once all these projects start running, pollution from vehicular movement will be cut down drastically. Finding a balance between developmental aspirations and environmental protection is indeed a tough task, but there is no other option before us.

Kerala faced last year’s floods with exemplary grit and resilience. It faced a similar situation on the anniversary of that crisis.

We will survive this, too, like we did last year. We must expect heavy rains during this time every year because of climatic changes and we must be prepared. One thing is certain—we cannot go on like this. A drastic change in our mindset is the need of the hour.

Could you please elaborate on this?

An environment-friendly and sustainable Kerala is the need of the hour. Attitudinal change is key to it. This has to be reflected in how we utilise our natural resources and how we manage waste. We should have a re-look on the way we carry out our construction work.

We should also make a conscious choice to live away from difficult terrain, which can be affected by rains, floods and landslides. The people of Kerala, however, have understood the need for such a change and that is indeed a positive sign.

What are the lessons that Kerala learnt in the past one year? 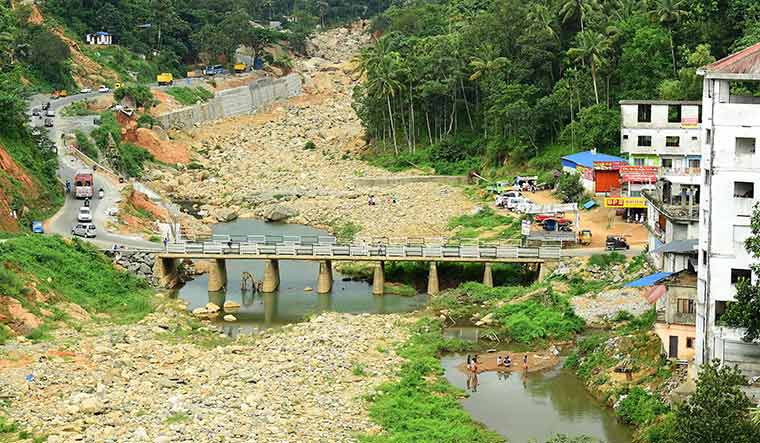 Long road to recovery: the reconstructed cheruthoni bridge in idukki, which was washed away in the floods last year | Rijo Joseph

That climate change is upon us is the most important lesson that we have learnt from last year’s floods. We also learned that weather forecast systems in the country need to improve a lot. Another lesson is that we must build infrastructure and facilities that can withstand the vagaries of nature.

When floods happened last year, there were allegations that it was because the dams were opened. But this year, floods happened despite the shutters remaining closed. Now that the allegation has been proven wrong, we must concentrate on building a better Kerala that is more sensitive to nature. Our Rebuilding Kerala Initiative (RKI) is a step in that direction.

What are your expectations about RKI?

RKI is an effort to reconstruct Kerala in such a way that it can coexist with nature in a better way. It also means creating livelihoods that are sustainable. Through RKI, we will build houses that cannot be submerged in floods, and roads and bridges that can withstand natural calamities. It is all about envisioning Kerala in a new and better way.

How do you assess the support from the Centre in dealing with the floods? Do you think the BJP government at the Centre played politics to scuttle the promised foreign aid?

The BJP government at the Centre has been adopting a negative approach to all our requests for financial aid. International agencies had put our losses at Rs31,000 crore, but the Centre approved assistance of only Rs3,048.39 crore. The state government was made to pay the Centre back for the rations and rescue services provided to us.

On the question of foreign aid, one can only imagine why some states have been allowed to accept such assistance while Kerala has been prevented from doing so. Our demand to raise the borrowing limit has also fallen on deaf ears.

There were allegations that your Gulf visit seeking monetary aid did nothing but cost the exchequer a few lakh rupees.

When voluntary donations from our foreign friends were refused, we decided to meet our brothers and sisters around the world to seek their assistance in rebuilding the state. Though the Centre forbade ministers from visiting non-resident Malayalis, I visited the UAE and discussed our needs with the rulers, ministers and three major humanitarian and charitable organisations there—the Emirates Red Crescent, the Zayed bin Sultan Al-Nahayan Charitable and Humanitarian Foundation, and the Mohammed bin Rashid Al Maktoum Humanitarian and Charity Establishment.

All of them readily agreed to help us and invest in various areas, including housing, food processing, petrochemicals, life sciences, industries, shipping, transportation and agriculture. The modalities are getting finalised. In July, the state government signed a memorandum of understanding with the Emirates Red Crescent, and they have granted Rs20 crore as the first phase of their assistance towards rebuilding houses.

There is criticism that the government is diverting funds from the chief minister’s disaster relief fund to meet other expenses, like providing compensation to the dependents of a person who died in police custody.

Funds in the CMDRF can be utilised only as prescribed by the rules associated with it. Not a single penny can be utilised otherwise. Also, there are several checks and audits as part of it. So such allegations do not have an iota of truth in them.

There is an opinion that the Madhav Gadgil committee report, which strongly recommended environment-friendly measures in the Western Ghats, is the need of the hour. What is your take?

It is a fact that environmental violations have played a role in increasing the death toll [in floods and landslides this year]. The government is open to recommendations from experts and environmentalists. Every region requires region-specific environmental policies and the government is quite serious about that. A policy decision will be arrived at soon after holding discussions with all stakeholders.

Protecting water bodies, managing waste, promoting organic farming and reclaiming cultivable land are all initiatives to make Kerala a better place. A new Kerala that is more sensitive to its natural resources is certainly the need of the hour.