WHEN KERALA CHIEF MINISTER Pinarayi Vijayan appointed Gita Gopinath as his financial adviser, not many people in his own party, the CPI(M), were impressed. Though the Harvard professor’s credentials were formidable, they were worried about her ideological inclination. Marxist economist Prabhat Patnaik, who was the state planning board’s chairman from 2006 to 2011, even cautioned the government against falling into the trap of neoliberal economic policies that she represented. 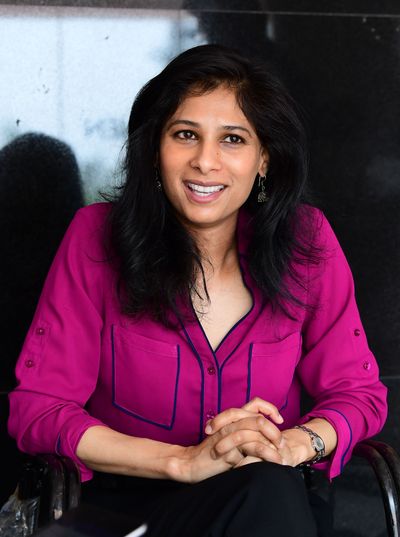 Some 20 months later, however, Gopinath is one of the driving forces behind Kerala’s plans to revive its economy. “Those who hired me definitely knew who they were hiring,” she says. “They were looking for my opinion on different matters. So far it has been good.”

Gopinath, 46, is the first tenured Indian woman professor in the 382-year-old Harvard University. And, the only reason she took up the honorary position in Kerala was her roots—her parents are from Kerala. It has not been an easy arrangement, but she wants it to work. “It is quite hard,” she says. “I have a full-time job there. I am trying to do my best.”

And, politics in Kerala seldom makes her job any easier. A few months ago, when she flagged concerns about the state’s growing expenditure, the CPI, a partner in the ruling coalition, criticised her. But, she prefers to stick to economics, and stay away from politics. “The point I made was that it is not good economics to have a fiscal deficit of over 4 per cent of the state GDP, and a high revenue deficit,” she says.

Gopinath is excited and concerned about the future of Kerala’s economy. She expects the GST to make the state’s financials better, but is worried that the drop in foreign remittances might negate the gains. “We have not seen the full payout of GST yet. Once that system is sorted out, my expectation is that it will be beneficial for Kerala,” she says. And, she wants a plan for the state economy to move away from relying on remittances.