This World Cup will be fast and furious 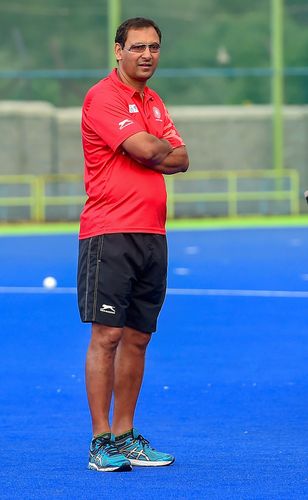 When it comes to big-ticket tournaments, the Kalinga Stadium in Bhubaneswar has been a decent hunting ground for the Indian hockey team. It won bronze in the 2017 FIH Hockey World League and finished fourth in the 2014 Champions Trophy. Chief coach Harendra Singh will take heart from this, given India’s poor run in recent World Cups, especially in the 2010 edition in Delhi, where it finished 8th. In 2014, at The Hague, India was placed an even worse 9th. In the past two decades, the performance in Delhi was India’s best.

But, a lot has happened since then. Singh became the chief coach this May, replacing Dutchman Sjoerd Marijne, under whom India finished fourth at the Commonwealth Games 2018 in Gold Coast, Australia. After Singh returned to the men’s side, India won silver at the Champions Trophy, losing to Australia in a shootout. A gold at the Jakarta Asian Games was the next target, but India lost to Malaysia in the semifinals, again in a penalty shootout, after having dominated its group.

Predictably, heads rolled after the defeat. The most prominent exit was that of Sardar Singh. Though the veteran midfielder and Hockey India tried to pass it off as an amicable parting of ways, it was not.

The squad for the World Cup, too, sprang some surprises. The 18-member squad, which midfielder Manpreet Singh will lead, does not have seasoned players such as forward S.V. Sunil and ace drag-flicker Rupinder Pal Singh. Instead, Singh has put his faith in young blood, with midfielders Sumit and Nilakanta Sharma, and defender Hardik Singh making the cut. The team has three drag-flickers, and six of Singh’s wards, who lifted the 2016 Junior World Cup, are part of the squad.

Slotted in pool C, alongside Belgium, Canada and South Africa, India will need to top the group to directly enter the quarterfinals. Teams placed second and third will have to play crossover matches for a chance to advance. India, currently ranked 5th in the world, would hope that home advantage takes it deep into the tournament.

Before the start of the World Cup, THE WEEK spoke to Singh about his preparations and expectations, from the team’s base in Bhubaneswar. Excerpts from an interview:

Given that major tournaments in 2018 have not produced the desired results, how do you look at the World Cup?

This World Cup is crucial for the entire country. India is hosting it after eight years. The push to upgrade infrastructure has been massive. The entire country will be focussed on it as it is at home. The World Cup is being played in the four-quarter format for the first time. This edition will go down in history as an important one.

We are capable of delivering the good result expected of us. All 16 teams will provide strong competition. The focus is on doing well in the group stage and making it to the quarterfinals. That will get us close to a medal. Once we get there, it is make or break for us. I will not be satisfied with anything less than a semifinal finish. I expect the boys to play with flow and energy, [so that] we do not go flat in the last stages [of the match]. The team is mentally prepared for this.

You have gone with a mix of youth and experience.

Whoever performs and is fit has been selected. We wanted players who would be available throughout the tournament, [so that] we would not have to “manage” players after the first few games. With four quarters of 15 minutes each, recovery time for players is less. We can get emotional about players, but it is time to look at things with a professional mindset. Sport is about results. I will never compromise on that.

How do you analyse India’s group?

Belgium has maintained its performance over the past four or five years. On the other hand, we have seen that the result depends only on how one plays on a given day. Nobody thought Argentina would win the Olympic gold in 2016 or that Ireland would play the finals of the 2018 women’s World Cup. All teams in the World Cup are equally good, and the margin between victory and defeat is thin. Players must have a positive mindset to win matches.

[The loss against] Malaysia is not an issue for me. We cannot say that we are struggling against Malaysia because we lost the Asian Games semifinal against them. If I remember correctly, we have probably lost to Malaysia only once or twice in the past five or six tournaments. There is too much focus on it.

Even China is a competitive side. It has not been playing anyone major in the past two years, so no one knows much about that team.

What has the team learnt from the Asian Games defeat?

The main lesson has been that the team has to keep the ball. Unless we give it to the opposition, how will they score? Players have to be hungry for the ball. We have discussed this, the unnecessary giving away of the ball. In one-on-one situations, our players are skilful. But, if there is more than one player marking mine, that can lead to unforced errors. In a World Cup, we have to cut down on these unforced errors.

The team messed up penalty shootouts in the Champions Trophy final and in the Asian Games semifinal.

What has been done to solve this recurring problem?

Shootouts are not a problem for us. It is anybody’s game once you get into a shootout. When you get a penalty stroke in a match, there is a 95 per cent chance that you will score. But, in a shootout, you have a 65 to 70 per cent chance of scoring. I do not believe in shootouts. You have to finish the game in the stipulated time. Having said that, yes, we have worked on this aspect going into the tournament. Both our goalkeepers—Krishan Bahadur Pathak and P.R. Sreejesh—are confident.

What do you expect to be different this time around?

I feel every team will come with a mix of experience and youth. There will be an unknown player in every team. We will also probably see more variety in penalty corners, as teams have so much data on each other. With the four-quarter format, this will be a fast and furious World Cup. The team that can cope with speed and has players who can crowd the defence can sustain itself.