At sixes and sevens 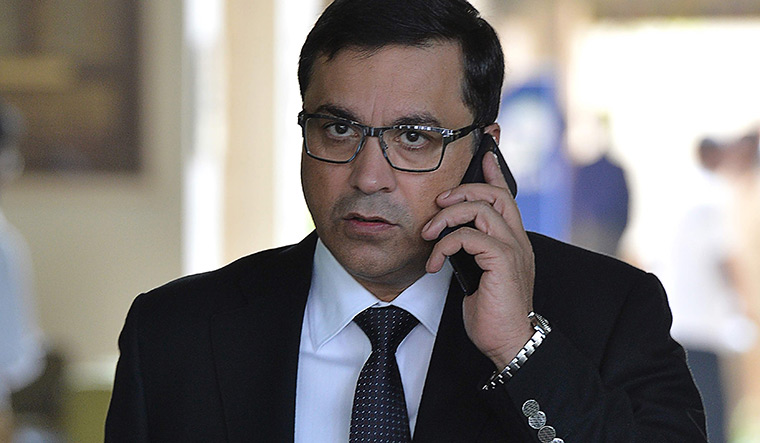 SCEPTICISM WAS in the air when the Board of Control for Cricket in India’s Committee of Administrators (CoA) announced the constitution of a committee to inquire into allegations of sexual harassment against CEO Rahul Johri. There were doubts, both within the BCCI and outside it, whether the three-member committee would do a fair job. Formed on November 1, the team of three got two weeks to submit its report, later seeking an extension. But, the CoA is divided on the action to be taken.

CoA member Diana Edulji had stated that Johri’s continuation would be impossible, given the nature of allegations against him on social media. Edulji made it clear to Vinod Rai, chairperson of the CoA, that she would approach senior advocate Gopal Subramanium if Johri was allowed to continue. Subramanium is the amicus curiae who is guiding the Supreme Court in the implementation of the Justice Lodha Committee reforms in the BCCI. There is near unanimity among administrators in the BCCI and its state associations with Edulji’s views.

But Rai has disagreed with Edulji, insisting that an independent inquiry was necessary as the claims were anonymous. Edulji has reportedly expressed her anguish that by not taking firm action against Johri, the CoA has failed itself, and all the work it has undertaken since taking charge would be undone.

Johri is the BCCI’s first CEO from outside, appointed as a result of the Lodha Committee reforms. He became the most visible decision-making authority on behalf of the BCCI in the ICC. What worked in Johri’s favour, other than the CoA chief’s trust in him, was his soft-spoken and non-abrasive method of going about his business, unlike some former BCCI officials. But, the ICC has written to the CoA that it would rather not deal with Johri until his name was cleared. Johri is also allegedly backed by an influential political lobby with vested interests in the BCCI.

Ever since its formation, the inquiry committee—comprising of former Allahabad High Court judge Rakesh Sharma, former Delhi Commission for Women chairperson Barkha Singh and lawyer-activist Veena Gowda—has been surrounded by controversy. “We expected much better from the CoA. But, a split right down the middle is unfortunate,” said lawyer and sports activist Rahul Mehra. “It has been abysmally handled. Post the Lodha Committee recommendations and Supreme Court orders, one expected a more transparent administration. The [formation of the] committee is contrary to the Vishaka judgment. So, whatever flows out of here is bound to be faulty.”

Johri was sent on leave when the first complaint surfaced online in October as part of the #MeToo campaign. The anonymous accusation was levelled by a colleague from his previous workplace, and Johri gave a written statement denying the allegation. When more complaints came up, he was again sent on leave pending the inquiry, but continued to work from home. Cricket administrators were dismayed that he had not been suspended. “When someone like [former BCCI official] Sundar Raman was suspended pending an inquiry against him, why wasn’t Johri?” demanded an office bearer.

Former Mumbai cricketer Shishir Hattangadi deposed before the inquiry committee, sharing details about a close friend who had been allegedly harassed by Johri. Others who deposed were acting treasurer Anirudh Chaudhry and former head of the BCCI’s anti-corruption unit and former Delhi Police commissioner Neeraj Kumar. Rai and Edulji deposed together and it was reportedly a “bad”meeting, where the duo’s differences came out sharply. Edulji had reportedly even received an email from an alleged victim.

One point that was key to the investigations was related to a BCCI staffer who had been allegedly “forced” to withdraw her complaint after Johri furnished a written apology. The staffer was transferred to a different department, but the written apology is proof of the incident. THE WEEK has learnt that when the incident was brought up, two of the inquiry committee members brushed it aside, saying: “He has apologised, and the apology has been accepted. What is the problem? The matter is settled.”

The feedback from those who have deposed before the committee has been mixed. Some came off satisfied, but quite a few were unhappy, alleging pre-conceived bias in the questioning pattern of two of the members. As for the victims, only two have reportedly come forward in person.

In an email to the CoA dated October 27, acting secretary Amitabh Choudhary described the case as being dealt with in “the most cavalier manner”, and that an independent committee should have been formed when the first case came up, rather than dealing with it internally. “The only recourse available was to refer the issue to the Supreme Court or the general body.... A committee stricken with such infirmities is bound to be seen with suspicion,” he wrote.

“The issue here is whether such a person, who has had one internal complaint on record and numerous allegations from outside, should be allowed to stay on as BCCI CEO especially post Lodha reforms,” points out a senior official, who has investigated high-profile crimes in the past.

For Rai, it is a particularly tough situation. While he may feel the need for Johri to stick around to manage affairs of the BCCI until the upcoming elections, the perception that he has gone soft on Johri has alienated him.