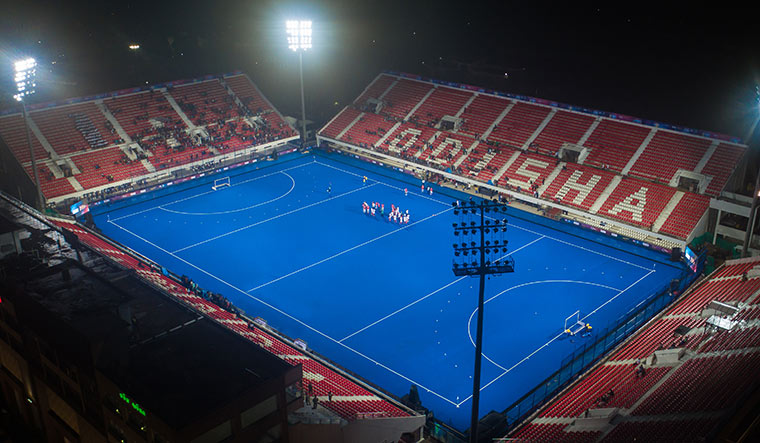 A FORMER CAPTAIN of the Indian hockey team, Dilip Tirkey had participated in multiple World Cups, Champions Trophies and Asian Games’. He thought he had seen it all, until it was announced that his home state of Odisha would host the 2018 Men’s Hockey World Cup. The retired ace defender from Sundargarh—Odisha’s tribal belt where hockey is a way of life—has never been more thrilled.

“A lot of work has been going on in Odisha’s rural areas to develop hockey. But never did I even dream that such a big event would one day be organised in my home state,” said the soft-spoken Tirkey, who was, until recently, a Biju Janata Dal member of the Rajya Sabha. “That the World Cup is happening here is a very big thing for me.”

The 14th edition of the World Cup will kick off in Bhubaneswar on November 28, eight years after New Delhi hosted the 12th. The number of participating teams has been increased from 12 to 16, which have been drawn into four groups.

Though a tier-2 city, Bhubaneswar is not new to hosting major sports events. Last year, 560 athletes from 41 countries took part in the Asian Athletics Championships at the Kalinga Stadium, here. There is a very obvious push by the state government to promote sports. Apart from hockey players, it has actively supported track and field athletes. Former sprinter Rachita Mistry and the young Dutee Chand are products of the state.

“Chief Minister Naveen Patnaik had a vision to make Odisha a global destination, especially for sports,” Vishal Kumar Dev, the state’s secretary for sports, told THE WEEK. “Hockey is a priority sport for us. A lot of players from here have represented India, particularly from Sundargarh. Plus, there is the desire to connect with the youth through sports.” 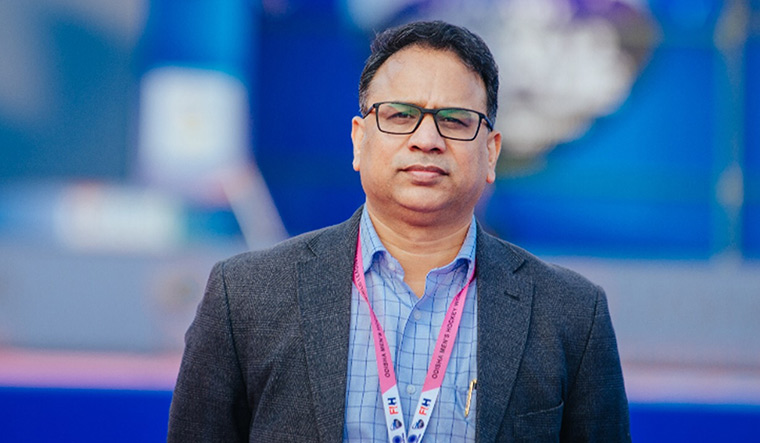 Hockey India’s CEO, Elena Norman,is sleeping better today, than she did before the 2010 edition in Delhi. “Every time you host a big event you learn from the experience, so the next one is significantly better,” Norman told THE WEEK. “So is the case with us at the federation. But, the biggest difference now is having the Odisha government on board—they are amazingly supportive. We could not have asked for anything more. Hockey India is not alone in this; the state government is such a big stakeholder in this tournament.”

When Hockey India bid for the World Cup, there were five proposed options for host city. The Odisha government’s blueprint matched the HI’s vision. The International Hockey Federation (FIH), too, was aware of the city’s potential. “FIH teams recently came to discuss security arrangements; they were more than happy,” said Norman. “A lot of players and coaches from other parts of the world have already played here so they know about it.” Normally, delays are a major worry all organisers face when in India—but the state officials seem to have met every deadline.

This year’s budget allocation for the stadium and hockey events was Rs82 crore but funds from the Smart City project for major developmental works have benefited the tournament indirectly. “The biggest challenge for the Asian Athletics Championships was time,” said Dev. “We had 90 days to get everything in place, including renovation of the stadium and synthetic tracks. In profile, the World Cup is much higher for us, so the efforts are different. The stadium capacity had to be increased to 15,000 seats [from 9,000]. We added two more stands. The dressing rooms, rooms for FIH officials and technical staff, and the media box all have been upgraded.”

The city has got wider roads, many areas have been Wi-Fi enabled, CCTV cameras have been installed and there is a new fleet of 250 buses. The state is using the World Cup to promote Odisha abroad. “We undertook bus promotions in Germany, England and Australia, and the response in Amsterdam was phenomenal. A lot of convergence has happened because of the event and the Smart City project,” said Dev.

Norman said that tying up tourism with sport would get a massive response from foreign visitors. She says many tourists plan to visit neighbouring Puri during the day before returning for the games in the evening.

According to Tirkey, tickets are already sold out for all matches from the quarterfinals onwards. “You will not find empty galleries like we did in some matches in the 2010 World Cup,” said Tirkey. “The stadium is world class—every person in every department is working to make it a success.”