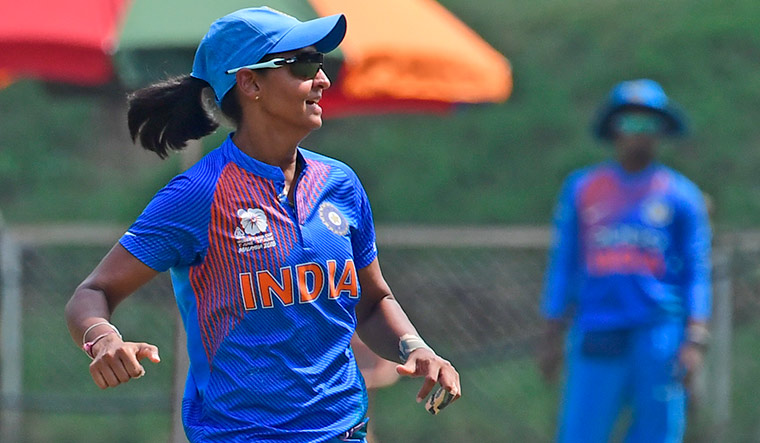 She is the angry young woman of Indian cricket. If Mithali Raj is all about deft strokes and trademark cover drives, Harmanpreet Kaur, captain of India's Twenty20 team, is feared for her big sixes. Fearless is her favourite word, and she expects the same from her team, too—to play fearless cricket, that is. Simply put, there's nothing deft about what Harmanpreet, or “Harry” as she is popularly called in the dressing room, says. Virender Sehwag is her idol; perhaps, that explains it.

Not particularly known for its T20 cricket, India is finally on the T20 map, thanks largely to Harmanpreet.

While the buzz is around T20 cricket now, with the World T20 underway in Guyana, she will always be remembered for her heroic 171* in the ICC Women's World Cup in 2017. The knock not only helped India reach the final but also left an indelible impression on cricket fans in India who realised that there's more to cricket than just the Men in Blue.

At number 6, she is currently the highest ranked Indian in the ICC T20I rankings. Harmanpreet will look to leave her own stamp on the ICC T20 World Cup 2018 just like she did in the ODI World Cup last year in England.

In an exclusive chat with THE WEEK, Harmanpreet speaks about her expectations from the team and what it feels like to be the most feared Indian player in the world. Excerpts:


How would you describe India's progress in recent years?

In the past two years, we have played few T20Is. The BCCI, keeping in mind the T20 World Cup, has tried to ensure that we play more of this format. There has been a lot of improvement, especially since Ramesh (Powar) sir's arrival. He has worked a lot on the bowlers' approach. I think a lot of changes have happened, and the players now change their on-field plans quickly.

How has the players' thinking changed?

Earlier, we were playing in our comfort zones, and focussing more on our natural strengths. Now, we have come out of our comfort zones and have learnt a lot. There has been a lot of improvement in T20 standards across the world. We cannot afford to play in our comfort zones. Credit must go to the girls who have shown willingness to try out different things. Especially in the fitness department, the girls are looking quite confident on the field. In [terms of] batting, our earlier approach used to be more defensive.

What did the new coach, Ramesh Powar, tell the team on taking charge?

On the first day itself he told us, 'I don't want to bring in overnight changes. Even if you bring a small change in a day, you will see after 30 days the improvement in yourself and the team'.

The T20 format, too, has undergone changes. Players abroad are stronger and better because of T20 leagues.

We have to accept that others are physically stronger than us. But we have good technique, whether it is bowling or batting. We have to find a way out. We cannot be spoon-fed every time. I think the girls have introspected. Jemi (Jemimah Rodrigues) is so small and lean, but even she is hitting long sixes, which I never thought she could do.

Years back, if you had asked any Indian player what their your favourite format was, they would have said the 50-over format. But, now, all of them say they are enjoying T20s. Earlier, they were always under pressure about performing in T20s, but now they are fearless.

We will do better in this World Cup, I am sure. In the last T20 World Cup, in India, we did not even qualify for the semifinals. This time, our first target is to reach the semifinals, and then take it from there. We need two good days.

There will be a lot of focus on you.

I always perform well under pressure. I love it when the opposition focuses on me. I can tell my teammates that they have time to perform. This time, we have a lot of hard hitters—Smriti [Mandhana], Veda [Krishnamurthy], Pooja [Vastrakar] and Mithali [Raj] di. So, the pressure of playing big shots is not [only] on me. As a team, we are looking good.

Are you enjoying captaincy?

Yes, I love it. I have been leading teams ever since I started playing cricket. So, this is something I have been doing for a long time.

How was your experience in the foreign leagues?

When you play for your country, you face pressure. But, when you play for a franchisee, you want to enjoy playing and performing. Franchisees give you a lot of freedom to express yourself. I like to play the last 10 overs, so I have worked on that a lot.

Your 171 not out in the previous ODI World Cup will make people expect the same again.

Of course people believe I can do it. My approach is the same.