The Super League experience helped me 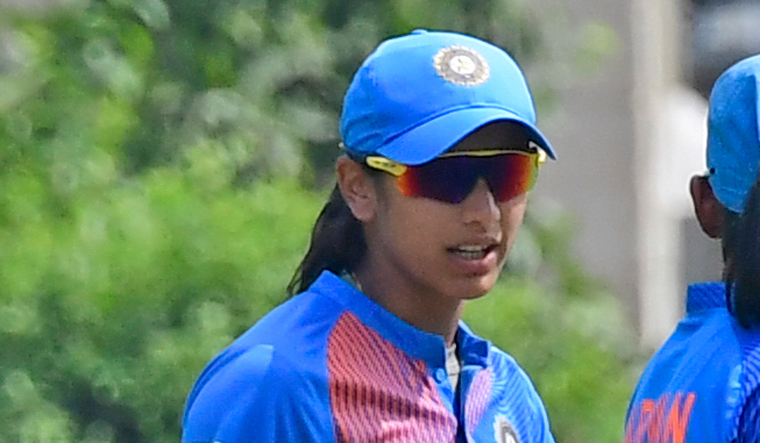 SMRITI MANDHANA’S STROKE-play was key in India’s campaign at the last ODI World Cup, in England. After the tournament, she worked on her stance, which was hampering her flow, and it was showtime again. The 22-year-old lit up the Women’s Cricket Super League in England.

In her debut season, she finished as top scorer with 421 runs from 10 matches. Mandhana, playing for Western Storm, hit a half century off just 18 balls, equalling New Zealand all-rounder Sophie Devine’s record for the fastest fifty. Mandhana went on to score a 60-ball 100 in another match. In an exclusive interview with THE WEEK, she gave insights into her batting and spoke about how she likes to keep things simple at the crease. Excerpts:

How would you describe this year in terms of your performance?

I do not think any sportsperson can be satisfied with his or her performance. I do not think it is a good feeling. After the World Cup, I had time to reflect on the mistakes I was making and had to rectify those.

How was the Super League experience?

It was good. I had added pressure as a foreign player, and I had to live up to the expectations. In the first two or three matches, it is important to get a good start. It was a new experience. I interacted with new people, something I was not good at. Now I am much better at communicating. I am a bit reserved. And that did not help me in the Big Bash League. They did not make any effort to talk to me. In the Super League, I made an effort and the English girls were really sweet.

I go in with the same mindset in ODIs, too. I have never played with a strike rate of 50 or 60. Only, in T20s, you play more lofted shots. In ODIs, I may play the same shots along the ground.

I have been playing like this from the beginning of my career. I have serious problems with defending. I have been working hard on that actually. I do not think there is a big change [while playing T20s]. Only, when you play T20s with four fielders inside the 25-yard circle, you get to make use of that rule. You have to develop a wider range of shots.

Your form going into the T20 World Cup has been great.

I do not like to put pressure on myself thinking about the World Cup. My mindset right now is to enjoy my batting. If I feel good in the nets, it will reflect in the match. If there is something I am not comfortable about in my batting, that is the time I think. Otherwise, I will go back to my room, watch movies, play Playstation or sleep. I can sleep 14 to 15 hours at a stretch. I may come across as a thinker, but I am not.