Debates on Indian TV are pathetic, I feel sorry for India 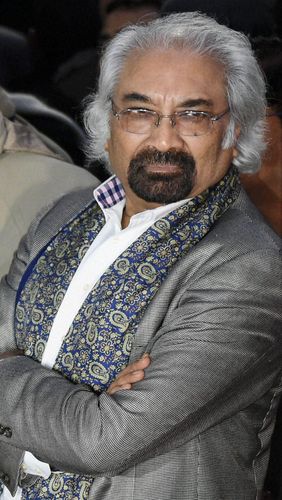 AS A TELECOM inventor, Sam Pitroda knows the importance of networking. Of late, he has been busy orchestrating Congress president Rahul Gandhi’s trips outside India, using them as a political tool to shape the party’s strategy. The recent trip to Germany and London, however, made news for the wrong reasons. In an exclusive interview, he tells THE WEEK: “We need to look at global democracy and jobs in India; not all this (Rahul’s comments on 1984 riots). This is more important than what happened 35 years ago.” Edited excerpts:

Can you share with us the larger thinking behind Rahul’s trips? During these trips, whom is he addressing politically? Some say in an election year it may serve him better to spend more time at home than outside India.

The overall idea is that the leader of the Congress has to look at India’s position on the global stratosphere. It is not just about getting votes at home, (but) also about connecting with the global community and looking at the larger global trends. So, the idea is to reach out to political leaders in these important countries. We also want to reach out to think-tanks in these countries, so (that) we understand their view of geopolitics, technology and other issues. We have also connected with business communities in these countries—the sort of companies that create big jobs. We also want to connect with students and intellectuals on campuses. And, we want to connect, of course, to the Indian community abroad. So, the objective is different from what people think. It is not about getting votes. Of course, active NRIs do influence people at home. But, the idea is to connect with the world. Because, to me, the leader of the Congress is a global leader.

You are tasked with reviving chapters of the Congress overseas that have been moribund in the interim years. Is that proving to be difficult, given that the BJP and the RSS have been ahead of you and have well-oiled machinery among the diaspora?

This is not true at all. Both statements are wrong. On the BJP machinery, I would not like to comment much. A lot of their support comes from religious organisations and temple bodies.

It has not been difficult at all. There are lots of well-wishers who are deeply committed to the Congress ideology. They believe in democracy, freedom and human rights and have a much broader view of the world. The Congress presence was already there in 18 countries.

It is said that many Indians abroad vote for the left-of-centre political option in their adopted countries and back the right-wing in India. Do you share that assessment?

Or, is there a hunger for a more liberal alternative?

I think the world over there is a great deal of concern over the danger of democracy being hijacked, whether here in the US or in India or in Turkey. In Germany, Rahul and I had a very interesting conversation with the German Democratic Party and its head. Their concerns are similar to ours. Democracy needs to be put back on track. Globalisation is here to stay. The world needs to recognise that freedom, human rights and diversity need to be taken forward, not taken backward. These are the forces we want to align (with). We are fighting for these values. How can you build a world without focusing on inclusion, democracy and freedom?

Rahul Gandhi’s recent trip made a lot of noise in India. For example, there was the furore over his comments on the 1984 riots....

That is the nature of Indian media. And, that is part of the reason we get a better hearing abroad than at home. There, everything is very noisy, the signal doesn’t get through! In the larger scheme of things we discussed on our trip to Germany and London, 1984 (riots) was not a big issue as part of our conversation. I think he said the right thing, but his words were twisted. You take a couple of other issues that have been blown out of proportion. These are all issues of the past. We are not there to talk about the past. We are there to talk about issues of tomorrow. If the past is all you understand, what can I do?

Don’t you worry when the whole trip gets hijacked, whether by his comments on 1984 or his likening of the RSS to the Muslim Brotherhood?

I don’t worry at all. That’s the nature of the Indian media. More power to them. I don’t pay attention. We cannot get distracted by these things. We have a bigger mission. We need to look at global democracy and jobs in India; not all this. This is more important than what happened 35 years ago.

How do you prepare the Congress president for a trip, especially his unscripted interactions? Are there mock press conferences and so on?

Not at all. He is a very well-read guy. He is highly educated. He keeps himself engaged and informed. No mock press conferences or rehearsals. No questions are given in advance. Zero.

You are now a key member of the party panels and a member of the manifesto committee. How would you advise your party on defining itself ideologically?

Our manifesto will define our agenda. Our fundamentals are Gandhian. I worry when lies take over truth. The Congress ideology is a Gandhian foundation, but driven by the need to create jobs, health care, urbanisation and improve agriculture.

What are the differences you see in the politics of Rajiv Gandhi and Rahul?

Both have their own strengths and weaknesses. In terms of personality, I think, to me, Rahul is much more a deep thinker. He reads a lot and understand issues very well. Rajiv was a little different. He was more like me in terms of affinity to technology.

Your involvement in the Gujarat elections was seen as a prelude to a much larger electoral role. Based in Chicago what still keeps you engaged so actively with the Congress?

The Idea of India that I grew up on—Gandhian values, freedom, democracy. When that is being challenged, I feel I need to intervene. I have to work on the unfinished agenda of Rajiv Gandhi and all that we have started. So, I am doing what I have to do. It is my moral responsibility.

What is the one thing you think the Congress was slow to learn but now has to, especially given that PM Modi is seen to be a master of political communication?

It is one thing to be good speaker, it is another thing to have the right ideology. Politics is not about dividing society. Politics is not about debate. Winning a debate is not going to make you a good leader. Look at Lal Bahadur Shastri. Character defined him, not the ability to speak. In this day of modern media, lies get amplified. When I look at all the debates and discussions on TV in India, I feel sorry for myself. It is horrible, I feel hurt. They think they are doing a great service to the nation. I cannot watch TV now, because of the quality of content. Debates and discussions are pathetic.

What is that one piece of advice you would give to Rahul?

We discuss lots and lots of things. But, I don’t do any advising. But, there may be an issue, then he can have a conversation and pick up whatever he wants to pick up. I also learned a great deal from him. His commitment to meditation; his understanding of Hindu religion is much deeper than mine. And, I appreciate that.