If you are confident, then everything will fall into place, says Yash

The Kannada superstar on redefining heroism in Indian cinema 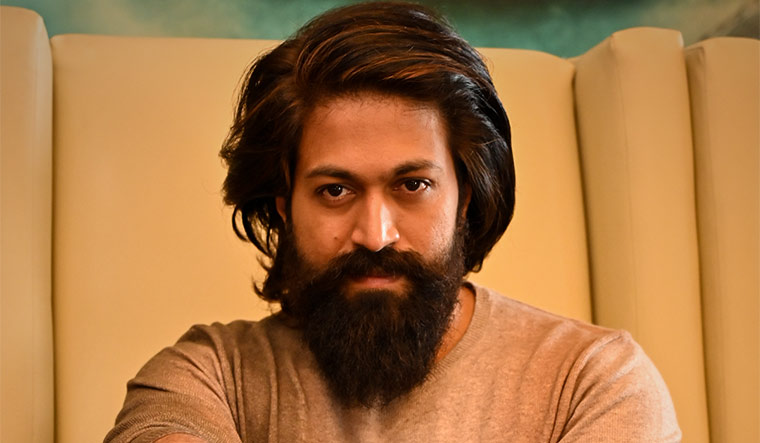 Rocky bhai has redefined heroism in Indian cinema. Inside theatres, his dialogues are making the crowds go wild; outside, KGF 2 is smashing all records. The movie had recently breached the 01,100 crore mark in worldwide collections. Now that it is done, Rocky bhai has morphed back into actor Yash. But, in an exclusive interview with THE WEEK, the Karnataka native says that there is a Rocky in everyone. He speaks about his vision for Indian cinema, what the success of KGF means for the Kannada film industry and gives a glimpse of his journey—from being the son of a bus driver to India’s newest superstar.

Q/ Are you comfortable being a superstar?

A/ Being comfortable with stardom is every actor’s desire; at least, in my life that is the case. I think in your head, you will always be a superstar, it is just that it takes time for people to accept that. And that happens through work. If this is not sounding arrogant, you should always have this confidence. That is a very positive mindset I believe in. Since childhood, I always wanted to be an actor. When people call someone a superstar, they accept their work. Once my movie is done, it is for people to decide whether they like it, or whether I am a superstar. But in my head, I will be a superstar for myself. So, when people call me that, I am happy, but it will not change anything, according to me.

Q/ Can you talk about your efforts in KGF 2 to cater to a wider audience from different regions?

A/ From the beginning, we believed in one thing—that you have to understand the language and present it in such a way that it is liked. I do not like it being called a dubbed film, because there are two types of dubbing: One, where producers sell the film and someone presents it to the best of their knowledge. The second is what we are doing now, which is not that. We hire proper writers from each language, sit with them and try to get the best of what we can get from them. Every language has its own beauty and cultural backing—we need to keep those intact. In the Kannada version of KGF, we described something as a piranha, but in the Hindi version, we described it as a geedhad ka jhund [pack of jackals]. We presented it in a way that is very authentic to the market. We applied a little Marathi texture to it because it is set in Bombay. So, dubbing takes a lot of effort.

Q/ Did you ever turn into a Rocky bhai in real life?

A/ There is a Rocky in everybody. We live in a society where everyone has problems. We keep trying to get into that safety zone where we associate ourselves with a community, language, country or continent. I think deep down, it is in our psychology to feel secure. Likewise, when one is dealing with problems, first they think about themselves, then their family and friends—so you have to fight it out. Everybody is trying to lead a life in which they are happy and their family is secure. In my childhood, I struggled a lot. People were very sweet to us until we became poor. Suddenly, the world treats you different, you cannot blame them. As a kid, like others, I thought my parents could have done better. Other kids used to get everything, so I was a child who was always disappointed. But, later, I realised they had given us the best they could. Till a certain age, I never knew the difference between me, whose dad was a driver, and someone like the mayor's son, who used to study in my school. We wore the same uniform and we felt the same. 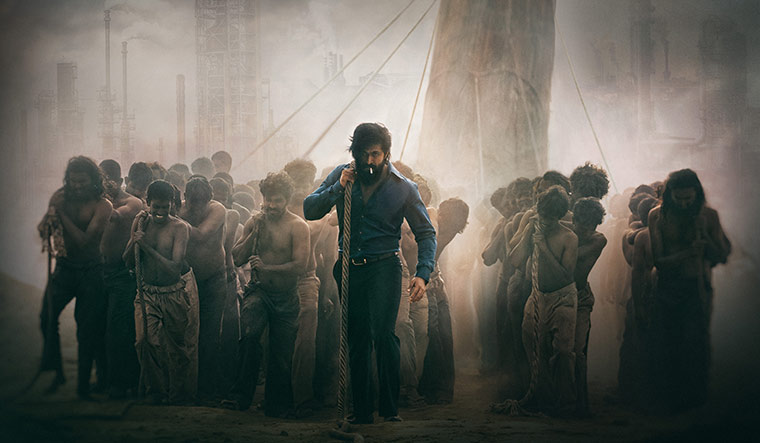 Rooting for rocky: A still from KGF 2.

But eventually, when you go to college, you need a bike or new clothes. Then, there would be someone wearing fancy clothes, while we had to manage with old sets. All that made me strong, and I realised that more than external things, what is important is what you believe in and what you want to achieve. When we break that disappointment and do something great, the whole world will respect you—that is what Rocky is all about. I am sure Rocky is in me and I think he is in you also.

Q/ What kind of impact did KGF 1 and 2 have on you, personally and professionally?

A/ It has been eight years since Prashanth [Neel, KGF director] and I started working on it. It was about exploring that world and that character. He used to give me a lot of freedom to express my views. All of us built it from scratch. More than the character, it is about the people I worked with. Prashanth has been a great director to work with. There is no ego. I am from a theatre background. We used to do backstage work— ironing, sweeping the floor—and then go and act. Our ultimate goal used to be to entertain the audience. We had a similar team where everyone was doing everything for the sole purpose of entertaining the audience. Whatever I wanted to do, KGF gave me that confidence and I grew with the right kind of people.

Q/ Do you have any ideas on how to strengthen Indian cinema in terms of reach and production?

A/ I will give you an example. There were a couple of theatres in Yeswanthpur in my city (Bengaluru), which used to get good collection. Then a new mall came up there with a multiplex. So, they were worried that they might lose business because of the multiplex. My new movie was released in that multiplex as well as in the single-screen theatres. It did phenomenally well in both places. I went to the multiplex and saw a unique audience. These were people who might not be comfortable in the single-screen theatres and would want a different experience. The audience we tap in this country is very small. I think we have huge potential, and we should not be thinking in terms of whether a movie is the biggest hit of the decade or how we can break the record. We should ask how many people have watched the film and how many more want to watch it? Why are they not watching it in the theatre? Is there an infrastructure issue? I feel there is an infrastructure issue. If we have more screens, different kinds of audiences will come. It is also about experience and affordability. Everybody needs entertainment and Indians have that capacity for storytelling. If the government can build some systems where you can support writers and musicians and pay them well, then the industry can grow.

A/ I don’t know. I feel the biggest impact will be on the Kannada film industry. Because, from an industry which no one thought could make big films, we have made a film like this with a budget not too high when compared with the output. I think skilled labour and craftsmanship will have an impact. The team excelled in terms of sound and visual quality. None of us got trained from niche, polished or great institutions. Most of us are self-made. My cameraman worked in a watch showroom and then became a still photographer. My music director was a sculptor who used to sing in temples. My director has never assisted anybody. My producer comes from a small village. I would like people to believe that when there is the right team and the right concept, anybody can do anything and create a world-class product. 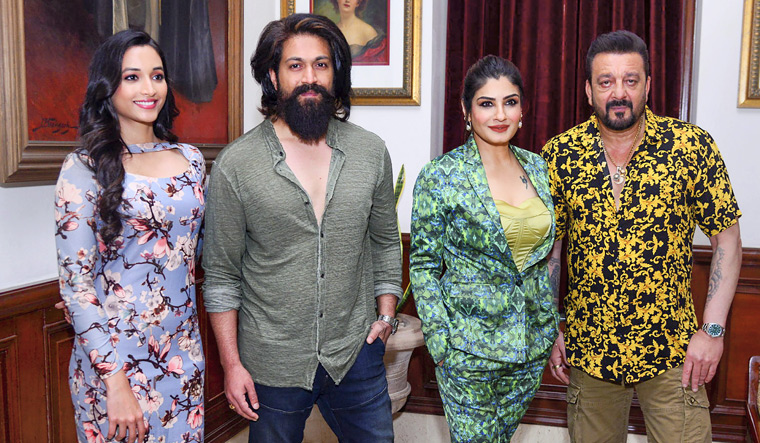 Q/ You have come a long way—from the son of a small-town bus driver to a confident actor and a good orator. Can you tell us about how you got rid of your inferiority complex and evolved as a person?

A/ That is my biggest achievement. It is not about my box-office numbers or the benefits I get being a star. I think every star is made in his head. The battle you have to fight is within you. People might term you as small-town boy and say that your English is not good or the way you dress is below par. But I feel all of this can be learnt.

If you are confident, then everything will fall into place and by confidence, I don’t just mean confidence. They say knowledge eradicates fear. Explore and learn the craft. If someone is talking about cinema, then learn cinema. Then you understand cinema in such a way that you need not be scared. You will be scared when you don’t know. When one prepares for an examination, one is not scared. I think it is all about how much you are willing to put in for what you want. You should not listen to the world, but rather believe in yourself. If someone tells you something cannot be done, you can still do it. And if you have that uniqueness, there is no need to be scared of anyone.

Youngsters tend to think a lot about whether they come from economically weaker sections, or whether someone is doing well because of their connections or cars. Trust me when I say this—nothing can change them if they do not believe in effort.