My goal is to make music out of the language, says writer Jhumpa Lahiri It is early morning on a Thursday. The bookshelf is stuffed. There are thick envelopes with papers, Lunch Poems by Frank O’ Hara, pictures and books in Italian. They offer a peek into the world of Jhumpa Lahiri as she sits in her home in Princeton after returning from Italy. She has a new book out called Whereabouts. Originally written in Italian as Dove mi trovo, Whereabouts is Lahiri’s third novel and translated by her into English.

Unlike her other works, which come from a firmly rooted place and where the choice of names for characters is at the heart of the book—like in her debut novel—The Namesake, there are no specifics in Whereabouts. The characters remain unnamed, the Italian city where the story takes place is never identified, and the novel does not have an established ‘plot’ as such. Lahiri, instead, creates a very much in-her-head novel, exploring the concept of solitude through the musings of a middle-aged single woman over the course of a year.

The writing is spartan but, as always, evocative, eloquent, observant and tinged with wisdom. Written over three years, Dove mi trovo was published in 2018, in a pre-pandemic world. But in its exploration of solitude, it feels very much like a novel for these times. In an interview with THE WEEK, Lahiri talks about her childhood, about writing, and about never reading her own work. Excerpts:

Q/Is there a different Jhumpa Lahiri in English and in Italian? Did you find that you needed to access different versions of yourself to translate the book into English?

A/These are two different languages, and there is no way to translate in a neat and clean way. You have to find creative solutions to sound natural in each language. When I write in Italian, I write in a distinctive Italian, but on the whole, the aspiration is to play the language as if it were an instrument, and to play it well. To understand the instrument enough to produce sound and to make music out of the language. That is my goal. To translate it in English is to pick up another instrument, and you work the language in such a way that the instrument is able to emit music.

Q/The book was written before the pandemic. Yet, sitting in an India under lockdown, I felt that it was very much a novel for these times. Your exploration of solitude made it feel like a pandemic novel.

A/I started writing this book in 2015; it was finished and was published in 2018. It predates the pandemic. But it did strike me as I was going over the final English version this fall in Princeton—where life was extremely restrictive and quiet—that there were strange echoes between the spirit of this book and the pandemic. On the other hand, this book is completely contradictory. She is always going out in her city, there are interactions, people are coming to her house and she is going to other people’s houses. The protagonist in the book has a freedom that no one I know has had in the past year-and-a-half. I do remember when the pandemic first started last spring and I was here in the US, the sense of isolation and the sense of being physically cut off from people in other parts of the world. It reminded me of my childhood growing up in America in the 1970s with parents who came from far away, and the sense of isolation and solitude that I felt. 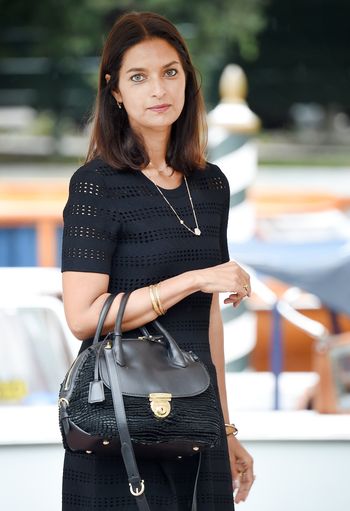 Q/There is a scene in the book where this man is fighting with his wife on the street while walking back from a restaurant. He wants to walk and she wants to take a taxi. His offer to call her a taxi while he walks back makes his wife even angrier, and it quickly becomes about their marriage. Finally, it boils down to her having wanted him to notice that she was wearing new shoes and was not able to walk. I thought it was a wonderful portrait of a marriage. Do you think most marriages end up like that?

A/We cannot generalise about marriages because it comes in all kinds. The sad fact is that some endure and some do not. Some are healthy at the core and some are not. There are so many factors and societal pressures that drive marriages.

I think a marriage is many things. Every marriage is on the precipice. One misstep or moment of distraction, and things can change drastically. I think in that moment, when that couple is fighting, she realises that there is core of commitment and love that will pull them through—but that does not mean it will be okay.

Q/You wrote that you are infatuated with Italian. You have written a book in it and have two others coming out. What is your relationship with the language at the moment?

A/The infatuation passed long ago. I would not be here ten years later still writing in Italian if I was still infatuated with it. That whole courtship metaphor was so long ago.

A/I will start writing something in a language and there might be a spark. Whether that will be in English or in Italian I cannot say right now because I have not returned to that space where I am sufficiently alone to make that happen. That may happen maybe a year from now. Maybe less. Right now, I am not writing anything creative at all. I am writing essays.

Q/To understand solitude—the way you do in the book—you need to know it well. Do you, as a writer? It feels very intimate.

A/It is an intimate space. But it is also an uncomfortable space even for those of us who know solitude well. It is not true that people who spend a lot of time alone always like to be alone. Then there are people who are terrified of being alone. People who cannot literally be alone. Then there are, of course, all forms of solitude that technically don’t involve being alone. Think of people who feel deeply alone inside relationships, which is probably the most painful form of solitude. I do not think that there is one way of explaining what solitude is and how to deal with it. 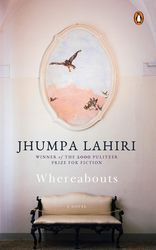