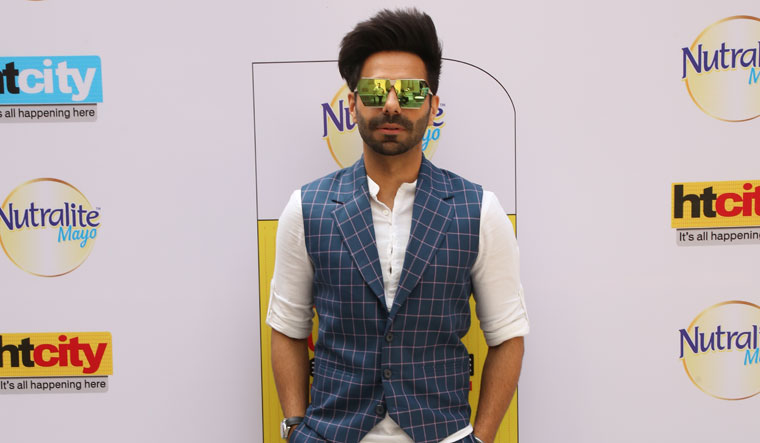 Many might still know Aparshakti Khurana as the brother of Ayushmann Khurrana, but not for much longer. Aparshakti, who made his debut with Aamir Khan’s Dangal (2016), talks about his upcoming release, Satram Ramani’s Helmet, which marks his first outing as male lead, after playing supporting roles in films like Stree (2018), Luka Chuppi (2019) and Pati, Patni Aur Woh (2019)

Q\ Tell us about Helmet.

A\ Helmet is a fun film set against the backdrop of the use of condoms. This is my [first] lead project and there is this feeling of happy nervousness. This is definitely a special film and has been executed as per plan. Yet, most of the times things are not in your hands and it is for the audience to decide if you are cut out to be on the poster or not.

Q\ How will the success of Helmet define your career?

A\ I am playing the lead in this film, but even in films in which I have only played supporting roles, I have got immense satisfaction from the teamwork involved. Of course, when your baby becomes successful, you do get recognition, better work and respect, and in that context, of course it is very important.

Q\ Was it the right decision to experiment a lot with your roles?

A\ I do not know what is right or wrong here. I am only looking at it as an enjoyable journey. At times, really good actors have gone wrong. How does one know or plan a journey? We are all doing things the best possible way we know, and life is unpredictable. Also, I stopped planning my life after the age of 26 or 27, because in the first three to four years of my working life, I planned too much and realised that things were never so hunky-dory.

Q\ Which of your films are you most proud of?

A\ Dangal has also been very close to my heart. Standing in the same frame with Aamir sir, of course, was extremely special. There was no way people would not have gone to watch it. But having said that, Stree, for me, is really special. Sharing space with Rajkummar Rao, Pankaj Tripathi and Abhishek Banerjee and people appreciating your work as well as theirs makes you feel great. Even today, when I am at a webinar, people recognise me for my work and dialogues in Stree.