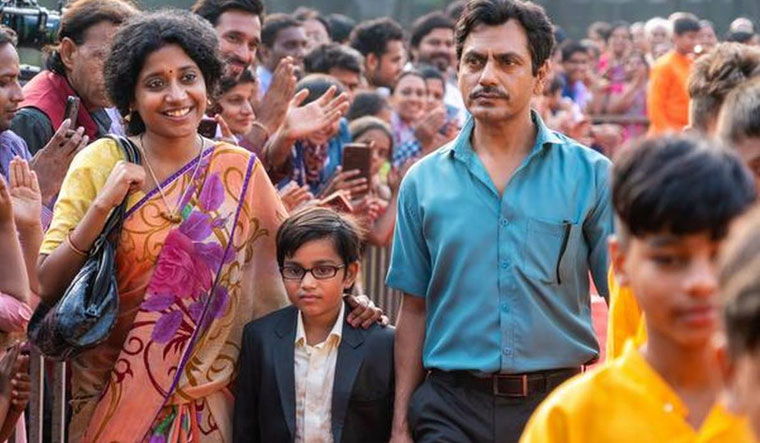 Serious Men tells the story of Ayyan Mani (Nawazuddin Siddiqui), a dalit migrant from Tamil Nadu who works as personal assistant to an ornery, supercilious Brahmin astrophysicist called Arvind Acharya (Nassar) at the National Institute of Fundamental Research. Fed up with being insulted and bullied by Acharya, Mani swears that his son, 10-year-old Adi (Aakshath Das), will never have to face such indignity.

In many ways, Serious Men is a story of contrasts—the polished and clinical interiors of the NIFR contrasted with the chaotic chawl in which Mani lives. The upper-caste and privileged Acharya contrasted with the impoverished-but-enterprising Mani. Desperate for a way out of his situation, Mani pins all his hopes on Adi—a child prodigy who can multiply 10-digit numbers in a jiffy and scores full marks on his class tests. He hopes Adi can bridge the vast gulf between the two contrasting worlds. Adi is paraded before huge crowds and has hundreds of followers on social media (including former US president Barack Obama). There is only one catch: Adi is no real genius. Mani buys his question papers beforehand and tells him the answers to complex questions through a Bluetooth device. His genius is nothing but the weight of Mani’s dreams for him.

Sudhir Mishra’s film does not have the lighter touch of writer Manu Joseph’s eponymous book, from which it is adapted. But even without Joseph’s snarky observations and dry wit, it retains its soul, mainly because of one reason: Siddiqui’s portrayal of Mani—wonderfully nuanced, and holding together the complex elements of his personality. The background score by Karel Antonin, too, is praise-worthy, ably complementing the story’s tonal shifts. Some criticise Serious Men for not doing justice to the caste equations which fuel the narrative. But I do not think it is caste that fuels it. Rather, it is Mani, and his desperation to be seen in a world in which he is invisible. Caste merely enshrouds him in that invisibility.