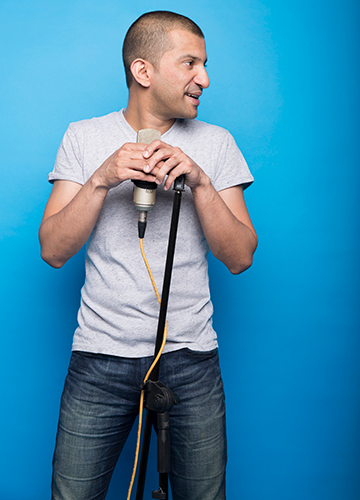 Rushabh Vasa, co-founder of Aawaz.com, one of the biggest home-grown podcasting players in Hindi, does not see any paradox in its top two shows being ideologically poles apart. It was in January that they launched a show on the religious history of Ayodhya, called ‘Ayodhya: Ram in Nagri’, and started promoting it around April. “In the programme on the Ram Mandir Bhoomi Pujan ceremony on August 5, we got the man who shared the stage with Prime Minister Narendra Modi—Mahant Nritya Gopal Das (head of Ram Janmabhoomi Nyas)—to tell us lesser-known things about the holy city during our field recording,” says Vasa, who does not think there were any ancient mosques in the city; there is no mention of Babri Masjid in the show. He says the show started gaining listeners in July, in the run-up to the foundation-laying ceremony of the Ram temple, and went on to become the most popular podcast on the platform. By the second week of August, however, listeners lost interest in ‘Ayodhya: Ram in Nagri’. There was a new contender.

“Around June, we got the late Urdu poet Rahat Indori (whose poem Agar Khilaaf Hai Hone Do was widely chanted by the anti-CAA protesters) to record his famous poems,” says Vasa about the podcast ‘Rahat Indori ke Rang’, which includes 10 poems recited by the famous poet and lyricist in every episode. “He (Indori) did it at home during the lockdown and sent it to us. He died of Covid-19 two days after we launched the show in August. We can claim to [have featured] his last show and voice recording.” The podcast has notched up 66,000 listeners on Aawaz in a month, whereas ‘Ayodhya: Ram in Nagri’ got 46,500 in eight months or so.

Launched in January 2019, the Mumbai-based audio network has more than doubled its listener-base since April this year. Just on Android and iPhone, Vasa says, it reaches out to seven lakh listeners. It has a presence on platforms like Spotify, Ola Play, Saregama Carvaan 2.0, JioPhone and set-top box. According to Vasa, it has got more than 40 million stream counts since inception, mostly from Tier-II cities like Lucknow, Indore, Patna, Jaipur and Agra.

Online video streaming has seen its best days in the pandemic. While the same upsurge cannot be reported for audio streaming platforms, which are more commute-friendly. Podcasting has come to the rescue of listeners learning to live with their own company more than ever. It is more intimate, convivial and unobtrusive, allowing one a way out of the “visual chaos” while multitasking chores like cooking, cleaning and doing laundry, says Amarjit Singh Batra, India managing director of the Swedish audio streaming giant Spotify, which has launched a host of Indian original podcasts in 2020 compared with the three that were launched last year. “Based on feedback for my show, streams seem to be coming from places like Mysuru, Coimbatore, Gangtok and Goa,” says Bengaluru-based Sundeep Rao, a visually challenged stand-up comic who transitioned into podcasting during lockdown with the Spotify original show called ‘Life Gone Wrong’ on stories of survival and resilience. 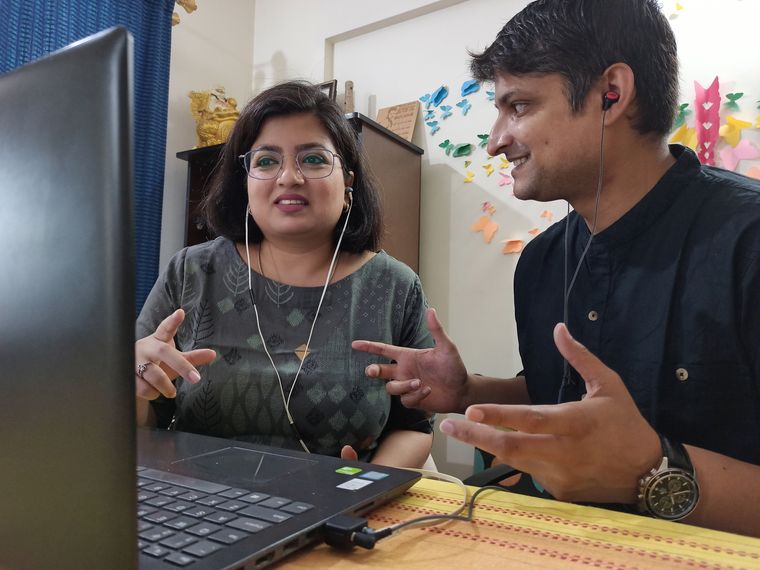 Podcaster Shibangi Das with her partner

Spotify partners with home-grown podcasting companies like Aawaz to add to its library, and will soon foray into original shows beyond English and Hindi. Quick and easy podcast-creation apps like Spotify’s Anchor are also witnessing a surge in popularity. “In fact, between January and June this year, we have seen a 5x growth in podcasters in the country,” says Batra. “For Spotify, India already features among the top few markets based on the number of creators on Anchor today.” On International Podcasting Day this year on September 30, the format has grown to include smaller cities and non-metros. 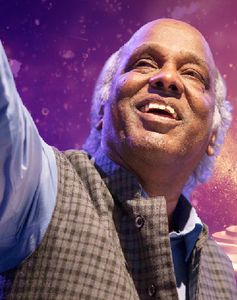 Delhi-based Hubhopper Studio, an end-to-end podcast-creation, hosting and distribution platform, has seen an 88 per cent increase in podcast creation in the last six months, with religious, spiritual and devotional being the most popular genres. But there are some who have identified other glaring gaps. Like film reviews tailored for a Hindi-speaking audience. “In our line of work, we travel to many different parts of the country—like Uttar Pradesh, Chhattisgarh, Rajasthan, and West Bengal. We noticed that across classes and education [levels], people are in awe of cinema. But in terms of access to material that can help them understand the medium, there was hardly anything. All they can find about cinema in local media outlets are either simplistic film reviews or celebrity gossip,” says Pune-based Shibangi Das, who started a film reviewing podcast in Hindi called ‘Parda Paar Filmy Pyaar’ with her partner on Hubhopper in May.

In a quirkier vein is ‘The Telugu Cinema Project’ on JioSaavn. “Varun is a 36-year-old movie buff, and Megha has just graduated from college. He adores Chiranjeevi, and she admires Vijay Deverakonda. In this podcast, they revisit some of the cult classics of Telugu cinema, where Megha reacts after watching that film for the first time in her life and Varun discusses the details. The aim is to introduce Telugu classics to a younger generation,” says Ishani Dasgupta, lead, podcast partnerships at JioSaavn, who feels hyperlocal news-related podcasting has tremendous potential.

For instance, when Indresh RC from Agra heard that Israel had imposed full lockdown again as Covid-19 cases climbed, the 27-year-old government school teacher got his podcast subject for the day. So, in a seven-minute show hosted by Khabri, a Gurgaon-based audio-sharing platform, Aarti, in a news-anchorish voice, informs his three lakh followers, mostly students from UP, MP and Rajasthan, everything they need to know about the country—from it launching the spy satellite Ofek-16 in July to the street in Tel Aviv named after Rabindranath Tagore to its parliament being called Knesset. “Students are not going to school. Have you seen the state of news media now? Is there any knowledge to be gained from the exam point of view there?” asks Indresh. “Podcasting has improved my own communication skills. My students are learning to put up podcasts [themselves].”