How will Architecture be impacted by the current pandemic? 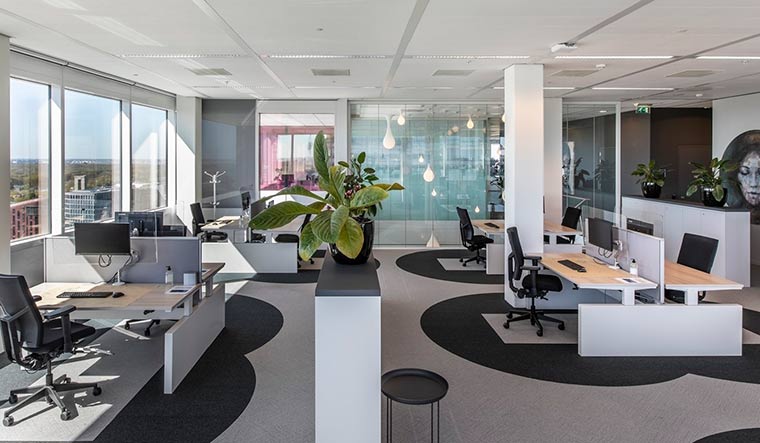 Les Musiciens du Ciel (The Musicians of the Sky) is a 1940 French film directed by Georges Lacombe. It tells the story of Victor Barthelemy, a con artist who falls in love with a terminally-ill woman, Jeanne. He meets her in a Salvation Army building called Le Cite de Refuge, which was the first major work in Paris by the famous Modernist architect, Le Corbusier. As the woman slowly succumbs to the illness, a parallel story is taking place—of the partial destruction of Le Cite de Refuge by the bombing of the Gare d’Austerlitz during World War II. In the end, one cannot ignore the connection Lacombe draws between Jeanne’s illness, probably tuberculosis, and the backdrop of the building in which her life plays out.

One of the major reasons why the gilded carpets and ornate furniture of the 19th century gave way to the clean lines, empty white walls and sanitised interiors of 20th century Modernist architecture was tuberculosis, which was ravaging the world then. “Many of the ideas that Modern architects proposed did not come from architectural theory, they came from doctors, nurses and hospital architecture, particularly tuberculosis sanatoriums,” said Beatriz Colomina, Princeton professor and author of X-Ray Architecture, in a recent interview.

In fact, disease has always had a major influence on architecture, whether it was the 1855 bubonic plague in China or the 1954 cholera epidemic in London. Covid-19, too, might force us to rethink the minimalist Modernism we inherited. The pandemic is driving every aspect of our lives in new and unknown directions. Health and wellness are going virtual with telemedicine and remote patient monitoring. Education has become trans-national with online classes open to people of all ages and nationalities. Hospital-ready hotels might be the new norm. In the face of such changes, we are left with more questions than answers. Will the way we dress change? What about the way we find partners? Or the way we crack jokes? How will our built spaces need to adapt to accommodate these changes?

“People say that things will soon return to the old normal,” says Gautam Bhatia, award-winning architect, artist and writer. “But there is not going to be an old normal. There are going to be many changes. The three biggest ones are that spaces are going to shrink in size, become more intimate and more multi-functional. The virus is going to make a significant dent, not just in the way we design our homes, but also in commercial architecture. Buildings of monumental scale, like airports and stadiums, are going to be majorly affected. Some of them, like the Heathrow Airport, are so gargantuan in size that they leave a huge foot-print. They are going to become much smaller in future, as people limit their travel.” 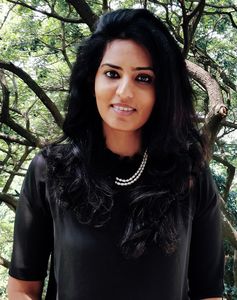 In many ways, the future is already at our doorstep. Take waste management company Bee’ah’s headquarters in Sharjah. It is built with “contact-less pathways”, and minimum interfacing of the employees with the building. Lifts are operated with smartphones and robots help host meetings. Or take the Netherlands-based real estate firm Cushman & Wakefield’s concept of the “six feet office”. There are large black tiled circles around each desk to ensure social distancing and provisions for employees to exit only in a clockwise direction, to prevent them from bumping into one another. In the retail segment, DLF Malls is creating isolation rooms and building plexiglass screens into store counters. Watch maker Titan is re-designing its stores to allow for a distance of six feet between customers.

“There is going to be more stress on individuality and individual spaces,” says Smaran Mallesh, co-founder and principal architect at Cadence Architects. “We are going to look at how to better execute work from home options. There might be a dedicated corner in your house for that. Decks and outside spaces are going to become important.”

He, however, cautions that we are still in the thick of things and it might be too early to speculate. But while, perhaps, people are hesitant to initiate permanent changes, many ad-hoc arrangements have come up. To ensure social distancing, a German café distributed hats fitted with pool noodles to its customers. Some parks are handing out hula hoops to children. A church in Bengaluru held a drive-in worship service, where people attended the service without getting out of their cars and bikes.

Nisha Mary Poulose, architect, urban planner and founder of Woven Design Collaborative, says that what our cities need is “mixed use planning”, where all types of land use—home, office and commercial—will be present in a particular area. “Currently,” she says, “we have divided our cities into zones like residential zone and commercial zone. This needs to change. Things need to become more localised. We need to realise the importance of, say, a park in every neighbourhood.”

Ultimately, the pandemic may inspire new ways of thinking in us which will have lasting repercussions on the spaces we occupy. “We will no longer take our spaces for granted,” says Mallesh. “There will be a new sense of empathy with which we view our collective spaces. As we redefine our personhood at the basic cellular level, this will have a ripple effect on everything.”

In many ways, Covid-19 is offering us a chance to re-design the world and set a few wrongs right. There is a passage in the book, The Road, by Cormac McCarthy, about brook trouts that lived in deep glens “where all things were older than man” and “hummed of mystery”. On their backs, he wrote, were “vermicular patterns that were maps of the world in its becoming. Maps and mazes. Of a thing which could not be put back. Not be made right again.” A new world—a pandemic-struck one—might be in its becoming. We have one chance to put it back together. How will we do it?