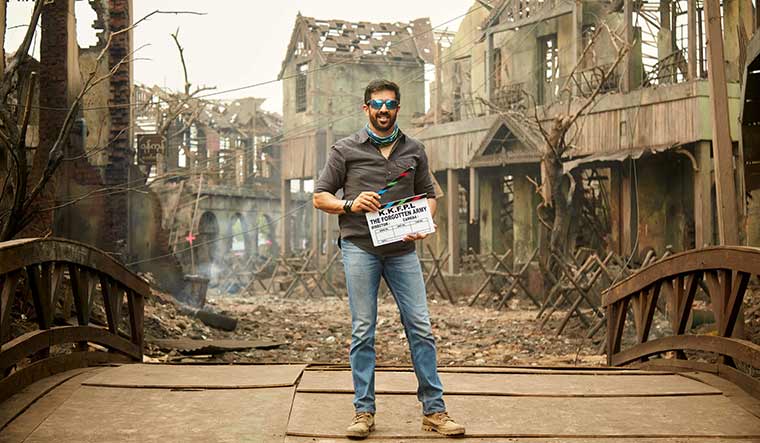 Recreating the past: Kabir Khan.

Before he made his feature film debut with Kabul Express (2006), documentaries shaped Kabir Khan’s filmmaking skills. One of his most interesting experiences was making a documentary on the Azad Hind Fauz or the Indian National Army (INA). One of his dream projects was to make a dramatic adaptation of the INA’s journey. Twenty years since the documentary, he has come out with a miniseries on Amazon Prime Video—The Forgotten Army: Azaadi Ke Liye. In an interview, Khan, who has had quite a few box-office hits like Bajrangi Bhaijaan and Ek Tha Tiger, talks about revisiting the story, how politics is important to historical projects, and working on 83, a sports drama on India’s first cricket World Cup win. Excerpts:

Q\ Was it nostalgic to revisit the INA story?

A\ Hugely. Because of the way I experienced the story and the fact that I was really young, just a few years out of film school. I got this incredible opportunity to travel with Captain Lakshmi Sehgal, the commander of the Rani Jhansi regiment, and Gurbaksh Singh Dhillon, one of the most senior officers of the INA, from Singapore through Burma to India, which took us three months. I actually know what happened with this army.... This was the story that made me want to become a filmmaker.

Q\ Please elaborate on the journey.

A\ It was a life-altering journey—discovering history through their eyes. I used to get gooseflesh almost every single day. They were 86 years old. Initially, they were reluctant. They had tried to go back to Burma after the war for many years, but it did not happen as Burma had shut down. And, they gave up. They said, “Now, 55 years later when we are 86, we cannot do it.” But once they agreed, they were soldiers again. They would get up at 5am and just be out. Mount Popa in central Burma was the last stand of the INA. Dhillon, (Colonel Prem) Sehgal and Shah Nawaz (Khan) were placed at that unit for days. After the war, Lakshmi and Sehgal got married, and Mt Popa remained such a big part of their conversations that their house in Kanpur was called Popa and Lakshmi feared that their son would also be called Popa (laughs).

In Burma, Sehgal had found a Buddha statue in the forest and brought it back to a cave to boost the men’s morale, saying, “He will take care of us.” Lakshmi always wanted to visit the cave. When we went there, they kept searching for it for four days. We had to tell them to move on because intelligence agents were tracking us.... But they requested for one more day, and with the help of references from pictures that we had, we discovered the cave, with the Buddha statue still there. That was a magical moment. 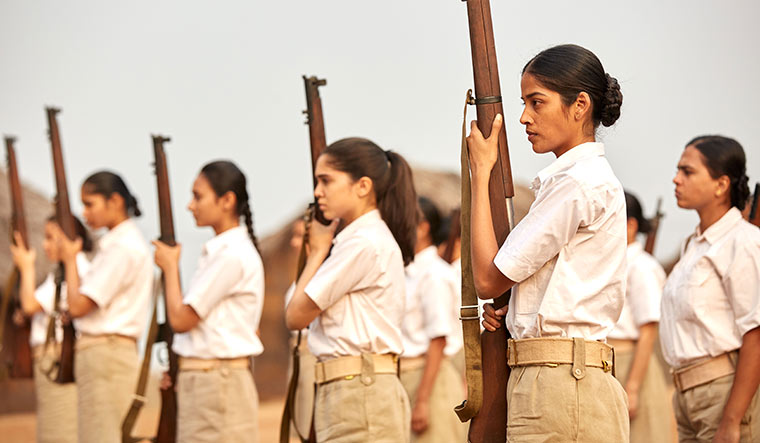 Q\ How has the story grown within you in the last two decades?

A\ It has been something that I have always nurtured in my mind. But after 20 years, I was able to take a step back and objectively judge the story and realise that for a more dramatic storytelling, there are certain things that I need to do in the narrative....

I definitely feel that whatever stage you make a film, it always becomes more contextual to the time that you are making it in. There are a lot of things in this story that have become more relevant today.... There is a line in the trailer that Maya (Sharvari Wagh), says, “To be a part of the INA, you do not need to be of a certain gender, caste or religion. The fact that you are an Indian is enough.” In today’s context, where your Indian-ness is being questioned and your proof of being an Indian is something that you have to present to the powers that be, this statement becomes very relevant.... I believe that your belief that you are an Indian is enough. Secularism was a strong pillar of the INA and today when we see the secular fabric of the country in tatters, it makes sense to go back and look at the ethos of the INA. 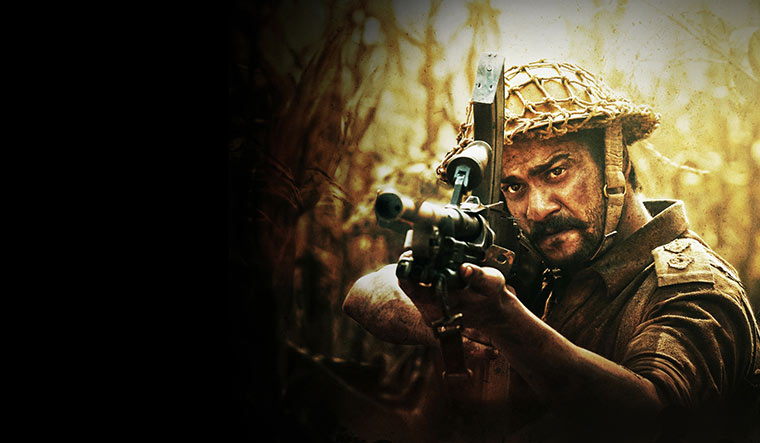 Q\ But how does one remain objective in retelling history, especially in times like these?

A\ There is no such thing as objectivity for a filmmaker.... We look at stories and approach them through our sensibilities and our life experiences. We will never be able to look at it from a neutral point of view.... I wear my ideology on my sleeve.

Q\ Do you fear a backlash?

A\ If you are political and expressing your views, there will always be that fear that somebody might hit back at this through their perspective.... But if you know what you have made has passed your filters of not being deliberately offensive to somebody, not doing something for the sake of sensationalism, and believe that what you have made can be defended, you do not need to live with those fears.

Q\ You worked on The Forgotten Army and 83 almost simultaneously. Was it difficult?

A\ Because [working on] the two was so enjoyable, I do not look at it as difficult. But yes, the logistics of juggling two mountains together was there. They appear to be [simultaneous] because of the time of their release, but we were pretty much finished with The Forgotten Army before we embarked on 83. It was the VFX that took long and I kept checking it while doing 83.