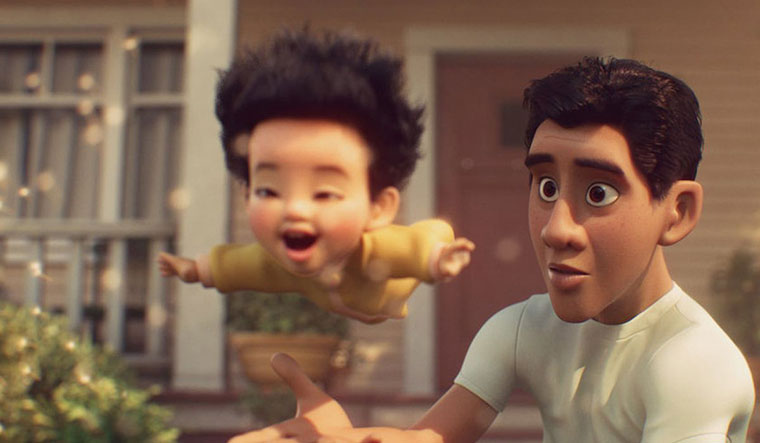 DISNEY+ ENTERED the streaming game late, but it seems to be catching up fast. It got 10 million subscribers and 3.2 million mobile app downloads within 24 hours of its release in the US and Canada on November 12. With over 600 movies and shows available on the platform, which include all the titles from Disney’s various properties like Marvel, Star Wars and Pixar, it just might dethrone Netflix as the leader of the streaming pack.

Among all the films that debuted on Disney+, one in particular is being widely talked about—Pixar’s short, Float. It is about a father-son relationship in which the son has a superpower—he can float. The father keeps him inside the home as he does not want the other children to look at him as a freak. When he asks him to stop floating, the child is downcast, as he does not know what he did wrong. Once, he escapes and floats around a playground, to the chagrin of the other parents. As his father drags him away, he utters the only dialogue in the film: “Why can’t you just be normal?”

It is a poignant moment as the underlying theme of the film is autism. Its creator, Pixar’s story artist Bobby Alcid Rubio, wrote it based on his relationship with his autistic son. The son only starts fitting in when he embraces standing out. Ultimately, his father accepts him as he is, and by doing so, sets him free. In fact, much like the film’s protagonist, many people on the autism spectrum have been floating on air after watching it. “In a world where sometimes people are given a bit more fear and a bit less encouragement, I really appreciated the film’s message,” said one of them.