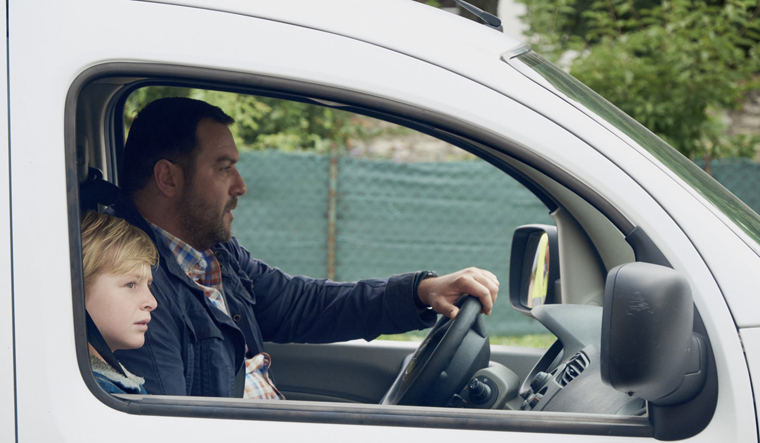 Miriam and Antoine Besson had a bitter divorce and are fighting for custody of their 11-year-old son, Julien. Despite Julien’s written protestations and Miriam’s claim that her ex-husband has a history of violence towards her and their children, the court grants them shared custody of the boy, citing lack of evidence to substantiate her claims.

Julien is terrified of his father, a towering man who flies into a rage at the slightest provocation. Antoine, meanwhile, sees the shared custody as a way to exercise control over Miriam and their 18-year-old daughter. Julien refuses to share any information about his mother to Antoine, thus enraging him further. Antoine’s mistreatment of his son forces his aged parents to banish him from their home. From then on, Antoine is a ticking time bomb.

Custody, which was screened at the 74th Venice International Film Festival in 2017, is an unsettling portrayal of unbridled rage coupled with toxic masculinity. The terrific performances, the claustrophobic atmosphere in which the characters often find themselves, Antoine’s aggressive outbursts and a horrifying climax make the film, directed by Xavier Legrand, an uncomfortable but gripping watch.