For this eccentric cast of grey-haired models, their tresses are their trademark 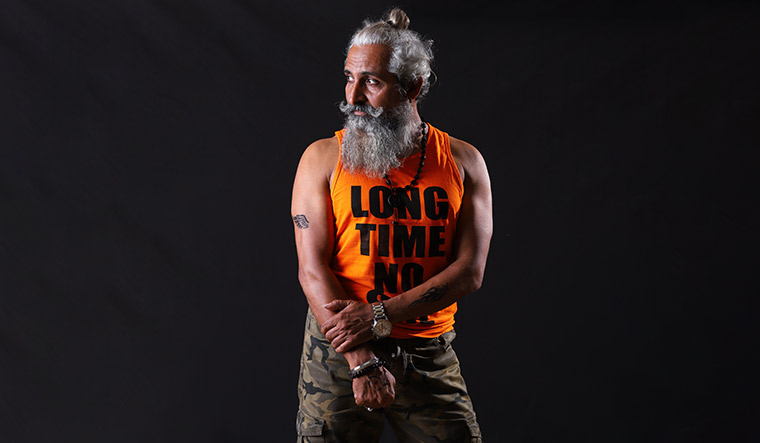 Silver, pewter, witchy white—there are many shades of grey in the ageing spectrum. And some of us, in our path to unconditional self-acceptance, embrace our greying mane as strands of glittering goodness, a gift from the moon, a glorious crown of wisdom to be snazzily flicked and flaunted, whether you are 27 or 72.

For Nishriin Parikh, 53, who became a bodybuilder at 48, her short grey hair is her staunchest ally. “You would be surprised to know I have never oiled my hair. I have shampooed and conditioned it every single day. And I have the kind of bouncy hair which friends who are my age can only dream of,” says the Mumbai-based Parikh, who is recognised as India’s oldest fitness athlete by the Indian Body Builders Federation (IBBF). “This is what I do. I go up on stage, with my six-pack abs, in a bikini. I train very hard. I compete with women who are half my age, who toss their long, flowing hair this way and that. And when I, with my short hair, come up on stage, I cannot tell you the kind of respect I get. I am the only fitness athlete who is given a mike to address the crowd.” 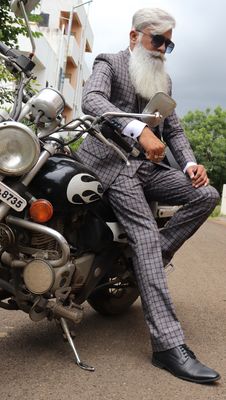 Parikh, who comes from a conventional Bohra Muslim family and is married to a Hindu, dared herself to wear a bikini for the first time at the age of 50. “My hair has literally become a trademark,” says the mother of two. In September, she appeared in a Shoppers Stop commercial as an older woman marrying a man much younger to her. She also plays a cab driver in hipster yellow alongside M.S. Dhoni in a TVS Star City ad and a guest at a lunch hosted by Amitabh Bachchan in a Tea Valley ad. She was once the wicket keeper in an ad campaign for an IPL-associated company that insured people seated in spots likely to get pounded by sixers.

As an ambassador for a nutritional supplement brand, Parikh can often be found at upscale Mumbai gyms, proudly advocating her guiding philosophy: “train insane or remain the same”. Fitness seems to be the backbone of grey modelling.

While Parikh started her journey at 15 with karate and is now a yoga trainer, “beard hunk” Manoj Panchariya, 50, has always been a gym rat. Most of his hair and straggling beard are white. From a distance, one might say he resembles Michelangelo’s Moses. A construction engineer in Nashik, Panchariya has been part of several fashion shows from Lucknow to Kanpur as jury member, guest of honour and show-stopper. He caught the modelling bug around two years ago when he walked the ramp for fun at a fashion show in his daughter’s college.

“The beat and rhythm of the applause still keep playing in my head,” he says. Panchariya believes growing a beard increases your “brain strength” by 75 per cent. Of the 300 odd comments he receives for each of his Instagram posts, 200 are from women under 25. “They say they don’t make young men like me anymore,” he says. He regularly models for a Kerala-based clothing brand Nikottin and the Nashik-based Soma Vines. Too much working out, he says, has led to the sprouting of stray black strands. “Perhaps youth is coming back after all,” he quips. When his family got him a cake to celebrate his 50th birthday recently, he cheekily removed the zero from 50. 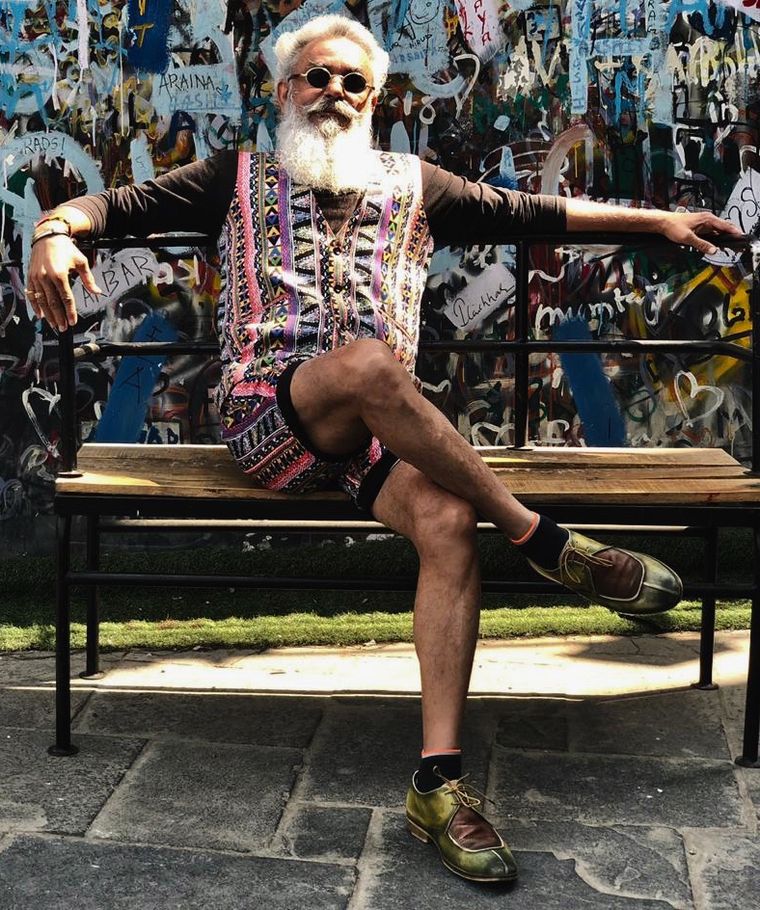 The easygoing Panchariya, however, has a competitor in Shyamsunder Shahane, also from Nashik, who likes to call himself “49 years young”. His flourishing white beard won him the Mr Beard title in a national competition in Jaipur this May. He has promoted inverters, batteries and men’s grooming products, and was recently seen in a Sony Music video in which he played a suave mafia don wooing a 20-something damsel.

Shahane wants to make it big as a model only so he can better promote natural farming methods—something he discovered after his first wife died of cancer five years ago. “In those dark and depressing days I got tired of shaving every day,” he says. “Once I did not step out for eight days. The beard that grew then, I realised, really worked for me. My kids really liked the look.” His two children forced him to put up his picture on a matrimonial site. “I was really surprised one day to see an unmarried woman named Himangi interested in my profile,” he says. “Guess what? She said she fell for my beard.” Shahane went on to marry Himangi. It was her friend who cajoled him into participating in a beard competition in Pune for the first time. The, rest, as they say, is history.

A few niche brands today are flipping the narrative by going for more relatable faces to promote their products. Hiring struggling models is also a way to cut costs. Kamal Jewellers, for example, roped in a grey Sikh model, Jagjit Sabharwal, 49, to promote its unisex jewellery, a collection of pendants, tribal bracelets and nose-pins resembling those worn by gypsy kings. “I find people who are not from the glamour industry so that we can make them a part of our daily campaigns,” says Shiwani Shokey, founder and director of Kamal Jewellers.

Sunil Dutt Vyas, however, has not been so lucky. At 53, he has modelled for a number of brands in Bhopal, where he runs an advertising agency. Once, he had unsuccessfully auditioned for the role of a middle-aged business tycoon in love with a young girl in a television serial. “I could not get into the skin of the character, you know,” he says. “So I joined a theatre group. Because of my long white beard, I mostly get ladki ka baap (father of the girl) type of roles. But I am more suited to play James Bond-like characters—someone who is powerful and bossy.” His medium height of five feet six inches does not help, but he knows that one day, he will be as sought after as his idol Alessandro Manfredini—a 47-year-old Italian model whose beard care routine is Vyas’s bible.