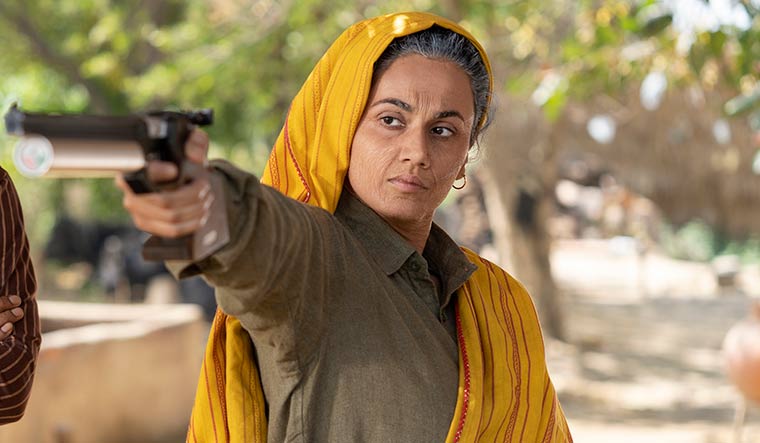 At 15, she was married. At 17, she had her first child. Life was tough; she had to raise her children, rear cattle and manage the house. And all of that from behind a ghoonghat (veil). Chandro Tomar, 87, recalls those days with an uninhibited laugh, perhaps a testament to how far she has come since then. She has broken barriers and won hundreds of hearts with her courage and boldness. “Ladkiyon ko mauka toh dau apni kaabiliyat dikhane ka (We need to give girls a chance to show their abilities)”, she says with a distinct western UP twang.

Nearly two years ago, I met Chandro dadi, as she is fondly called, when she came to participate in an event at Mumbai’s Mehboob Studio. She recounted her inspirational story of becoming a sharpshooter at the age of 65 and winning medals at the state, national and international levels, along with her sister-in-law Prakashi Tomar, who is five years younger to her. It all started when she took her 10-year-old granddaughter Shefali to a shooting range. Sharpshooting was all the rage then, but Shefali found it difficult to even load the gun. Her grandmother, though, was a fast learner. She observed the others, loaded the gun, shot, and hit bullseye.

Everyone thought it was a fluke. But Farooq Pathan, the coach at the range, was intrigued. He asked her to shoot again. Bullseye, again. “I became a hero,” she says with a guffaw. In the beginning, she practised in secret, learning balance with a jug of water in her room and, whenever possible, accompanying her granddaughter to the range. Until one day, she participated in a local competition and won. She had to hide the local newspaper that carried the report with her photograph. When it came out in the open, she was initially mocked by family and friends. But, before long, she brought them around. Her skill and enthusiasm attracted her sister-in-law and soon, Prakashi, too, became a sharpshooter, equally zealous and passionate.

As their medal tally went up, the two women, now famously known as the revolver dadis of Johdi village in UP, became legends. After they appeared in an episode of the reality show Satyamev Jayate on Star Plus, film writer Tushar Hiranandani became interested in their story and wanted to turn it into a film. One day, he showed a photo of the women he had saved on his phone to filmmaker and producer Anurag Kashyap. “If this is the film you want to direct, I will produce it,” said Kashyap, who has co-produced Saand Ki Aankh with Nidhi Parmar. The movie releases on October 25. 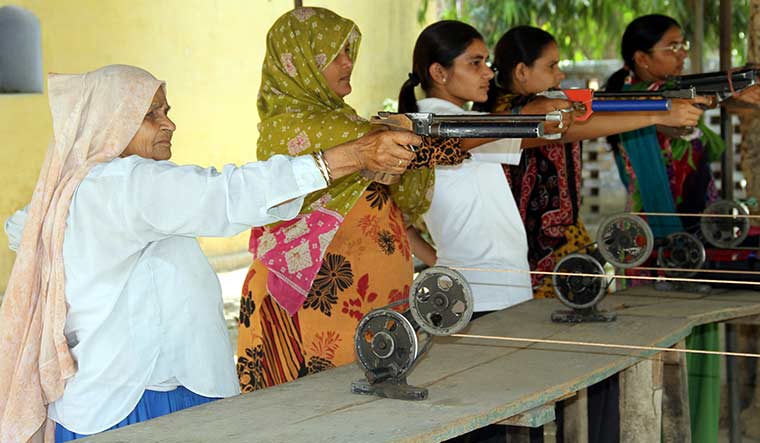 It took five years to track down the women and get the rights for the film. “Every challenge was frustrating,” says Hiranandani. “However, they did get sorted. Looking back, I hardly see them as challenges anymore.” The subject, however, had one drawback: the protagonists were aged women. In an age when tinseltown is dominated by sexy actors and their bikini bodies, how would the audiences receive a film starring two old women in ghaghras and ghoonghats? Nevertheless, the filmmakers decided to go ahead and roped in actors Bhumi Pednekar and Taapsee Pannu to play Chandro and Prakashi respectively, a decision for which they have faced some criticism. Why not go for older actors instead of artificially ageing the young women with makeup and prosthetics? According to Parmar, it was about making the film appealing to the masses. They wanted actors who could draw audiences.

Hiranandani describes the film as a “sing-song” one. It was not easy to make it that way, especially since the team wanted to remain as true to the story as possible. “When I went to the village for a recce in 2013-14, [I realised] that it was cut off from the nearby cities,” he says. With no connecting highways, he was not sure how he could transport the filming equipment. “But three years later, when we were ready to shoot, the highway had been built, although the village life remained the same,” he says. 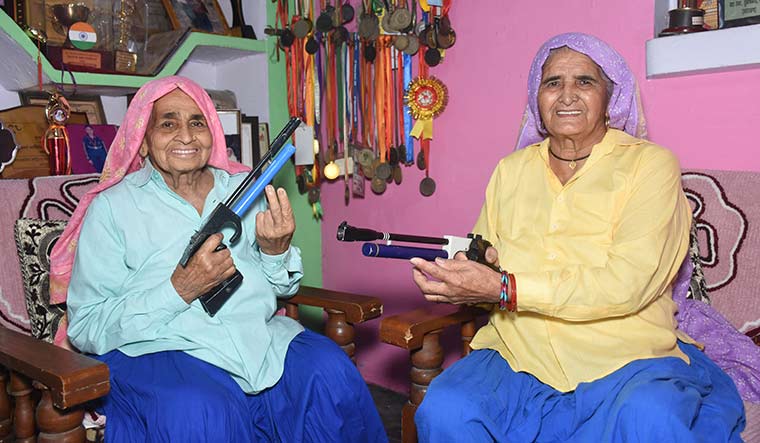 The revolver dadis of UP | Pawan Kumar

Pednekar, too, cannot seem to stop gushing about the dadis. “The more you get to know them, the more you realise that they are rockstars,” she said at the launch of the film’s trailer. “They have courage, zeal and the drive to live life [to the full]. We have learnt so much from them.” She says this is one of those films in her career that is very special to her. “It is a way to give back to our mothers,” she says. “A way to tell them, ‘you gave us wings to fly, now it is our turn’.”

Pannu was interested in doing the film because she wanted to be part of a dual heroine project. It was only later that she realised she would have to play an aged lady. She was not sure whether she would be able to do justice to the role, but went with the director’s vision. According to Pannu, undergoing the physical changes, like colouring her hair grey, was the easy part. “It was difficult to incorporate the dadis’ body language and swag,” she says. “To understand their journey.” Although the challenges were many, Pannu and Pednekar were determined to overcome them because, as Pannu says, the film was their way of acknowledging the “many women who live their lives as per the wishes of their fathers, husbands and children”. 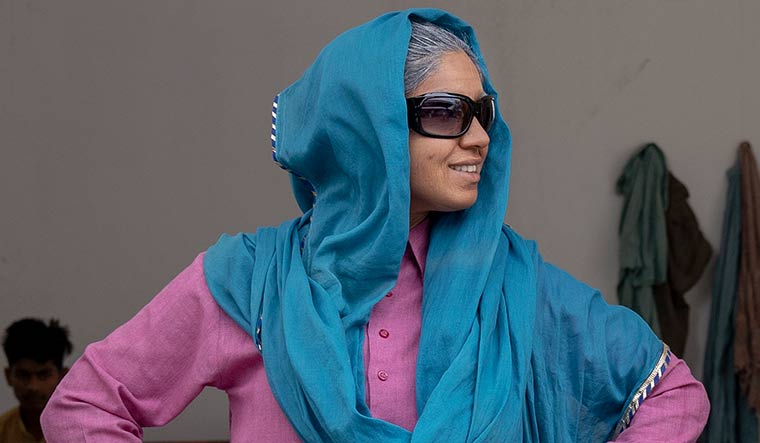 “I wanted to understand the dadis,” says Pednekar. “They have climbed the steepest hills of life with a positive attitude. Can we bring that warmth and happiness into our performances? Since we don’t have their life experiences, or done anything in our lives comparable to what they have, it was very challenging as well as satisfying, to try to inculcate [those qualities].”

As for the dadis, they seem happy with the way the young actors have portrayed them onscreen. As Prakashi said at the trailer launch: “Umar kuch ni hota. Tann budho ho jaaye, mann budha nai hota.” (Age is nothing. Even if the body ages, the mind does not.)