Fashion forward: A model in one of Balenciaga’s Autumn/Winter 2018 looks | Getty Images

Aluxury modest fashion e-tailer—The Modist—which stocks collections by design labels like Christopher Kane and Ellery, recently secured an investment of $15 million from venture capital firm Vaultier7. Countries from Dubai to Indonesia to the UK host modest fashion weeks, which are getting increasingly popular.

So what is modest fashion? In the beginning, it had a religio-ethnic connotation, referring mostly to Muslim fashion. After the 9/11 attack on the twin towers, fashion made it a point to stay as far away as possible from Islam. But in the last decade or so, with the increasing purchasing power of contemporary Muslim women, designers have gone from shunning to embracing Islamic fashion. From Dolce & Gabbana’s abayas to Net-a-porter’s Eid edit to Nike’s Pro Hijab and Marks & Spencer’s line of burkinis, Muslim fashion is slowly making its way to the mainstream.

“The transition from avoiding Muslim consumers to wooing them has been fostered by professional marketers who have identified Muslims as a global consumer segment,” wrote Reina Lewis, a professor of cultural studies, in a book that was brought out during an exhibition on contemporary Muslim fashion at San Francisco’s de Young Museum. The exhibition, which will go on till January 6 next year, is the first major one to explore different Muslim dress codes worldwide, and their cultural and political ramifications.

But modest fashion, today, has gone beyond religion. It has come to connote any form of conservative clothing. “Modest does not just refer to a hijab,” says Murcyleen Peerzada, who started the first designer abaya brand in India. “Women do not want to wear a backless top to work. And these are working women with a lot of purchasing power.” 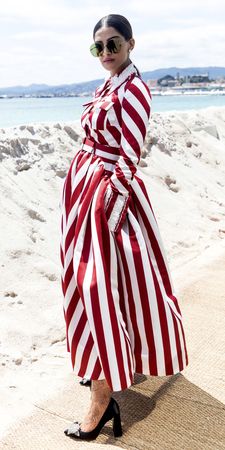 Sonam Kapoor in an Emilia Wickstead dress at Cannes 2018 | AP

She says that even though it is a global trend, it is trickling to India slowly. “At the Paris Fashion Week (September 25 to October 3), there was a lot of modest fashion on display,” she says. “And the ripple effect is being felt in India.”

Modesty, it seems, has become tres mode. At the Autumn/Winter 2018 shows, Marc Jacobs came out with an all-covered-up collection of boxy, oversized cashmere coats and high-waist trousers. Balenciaga went with extreme layering and Erdem introduced the trend of dresses worn over shirts and stockings. Valentino and Givenchy also went with minimum skin show.

According to Peerzada, women are covering up because they are more accepting of their bodies now and go for fashion that suits their body type. They do not feel the need to trim down to fit stylish size zero clothing. It does not hurt that international celebrities and fashion influencers like Mary Kate and Ashley Olsen, founders of the fashion house The Row, have perfected the art of dressing conservatively without compromising on style.

But perhaps, one does not need to choose between the skimpy fashion of those like Kim Kardashian and the modest fashion of the Olsen twins. Perhaps one can go for a middle path. There are those like Sonam Kapoor who look as sexy in a fully covered-up Emilia Wickstead dress as she does in an Anamika Khanna ensemble that leaves little to the imagination. After all, a higher neckline does not define a woman. Neither does a bare midriff. 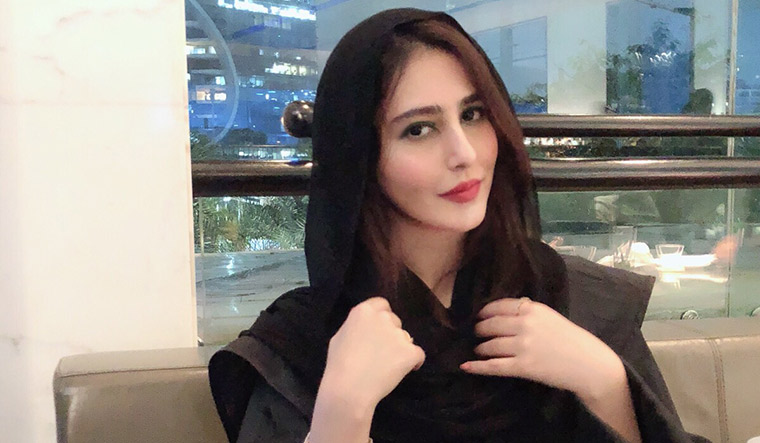 Modesty is in: Murcyleen Peerzada.