Ten artists give a contemporary twist to Hashiya, a unique artistic technique 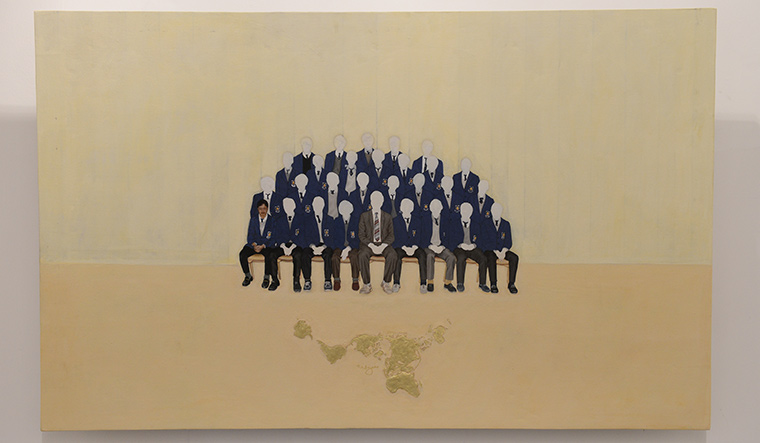 Rich depictions of courtly lives, hunting scenes, deities and legends make for the perfect Mughal miniatures. One such painting titled Majnun in the Wilderness, in folio 69B of the Late Shah Jahan Album (circa 1650-1658), is on the doomed love story of Laila and Majnu. At the centre of the frame, Majnu is seen pining for his beloved Laila, in a desert. But, the border or the hashiya of this painting is offering the viewer a counterpoint that Majnu cannot see—Laila is seen heading towards the centre of the painting on a camel. 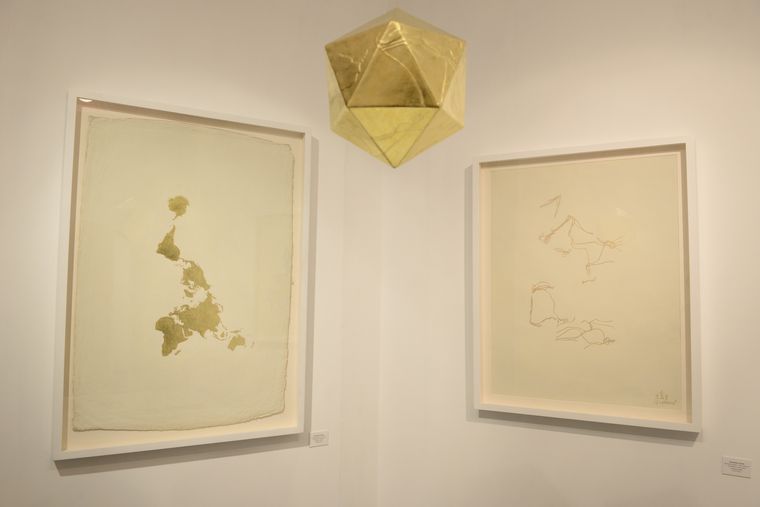 This unique artistic technique which deepens the metaphor of the central image by playing in the theatre of the border, arose from 16th century muraqqas or albums, which held together loose-leaved miniatures like a scrapbook. The artists who assembled the muraqqas were using the borders as their independent playground. The hashiya in miniature paintings went beyond their ornamental purpose to critique formal images of Islamic courtly life and the interests of their royal patrons. 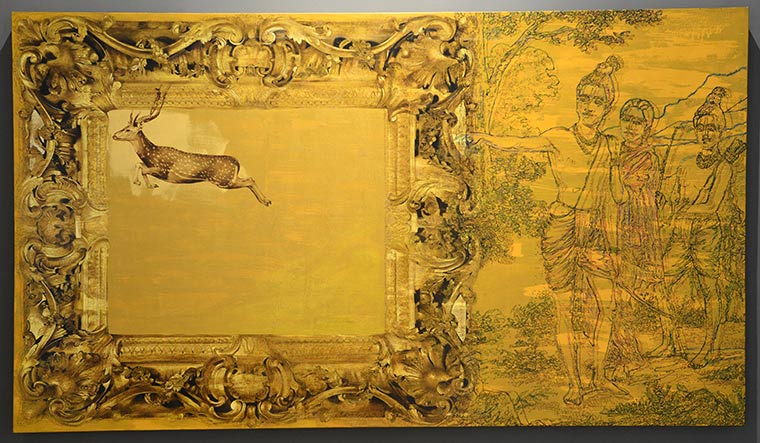 “There was always a very mischievous kind of play in miniature paintings between the border and the central image,” says Lazaro. “Painters were always playing with that, questioning where a painting or a border begins.” For the Puducherry-based artist, a 12-year-long training in miniature and Pichwai painting with Jaipur master Banu Ved Pal Sharma has helped him internalise the rigorous methods of the medium.

In his work, titled Icosahedron:The Dymaxion Map, which is a gold-gilded celestial orb like object, Lazaro attempts to defy traditional world maps and questions the idea of nations, border, migration and identity. In another work called Sketchbook Studies, a set of 11 mixed-media images on paper shows prim and proper students in a classroom, with geometrical shapes and atlases peeking out of walls. In one eerie image, a group of faceless students pose stiff over a faded yellow map. In all these works, Lazaro remains faithful to the DNA of a miniature painter.

In Pakistan, the National College of Arts, Lahore, revived interest in miniature painting in 1982, by introducing a course in Mughal musawari (miniature painting). It has spawned a legion of neo-miniaturists who hold exhibitions around the world. 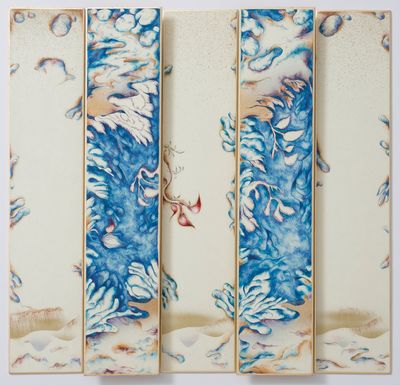 But, Indian contemporary artists mostly look at images and motifs from ancient miniatures as something they can dip into for inspiration. For Delhi-based painter and photographer Manisha Gera Baswani, the 16th century safavid-style miniatures from Iran are the source of inspiration. “Their borders can be especially overpowering. It sometimes dominates the central image,” says Baswani. “I have used the idea of border or hashiya as elevation, not as a form or painting.” So, in her works titled Dusk on a Crimson Horizon and Desert meets the River, wooden panels are upraised by a few centimetres from each other, creating a sculptural step-like exhibit in soothing water colours of crimson dusk and heavenly cerulean blue. Floral motifs float in and out from the frame like wayward clouds. “The border has become the main work here,” she says.

But, in V. Ramesh’s 48x84 inch Ramayan-based oil-on-canvas This or That: Regarding a Golden Deer, the border becomes ambiguous. Ramesh places Maricha or the golden deer in the centre of the frame, and the supposed central characters— Ram, Lakshman and Sita—in the periphery. Ramesh, by his own admission, is borrowing the border motif from miniatures to comment on “greed and illusion”.

British artist Gorlizki is all about rich details and imagery. He set up a studio in Jaipur, with master miniature painter Riyaz Uddin, in 1996. In his works displayed at the exhibition, there is a sense of levity and playfulness. It is densely packed with interesting characters. There are lions, victory towers, tiger-striped elephants, a sage boiling in a teacup or a reptile plonked on a turban. In his work titled Prodigal Child, he has showcased a lexicon of different miniature painting styles—from highly detailed floral and geometric Mughal styles to more simplistic Rajput paintings and even tantric paintings. Hashiya, for Gorlizki, implies “the cross-pollination of narratives from different histories and cultural contexts.”