Artist Shubigi Rao sacrificed her identity for an art experiment

Books that survived a burning in Belgium | Shubigi Rao

A rebel’s canvas: The artist found this page in Zagreb, Croatia, during her research on censorship of books | Shubigi Rao

S. Raoul was an enigma. Little was known about the personal life of the late Singapore-based scientist, theorist and polymath. To say he was a recluse would be an understatement. His only contact with the outside world was through his protégé and confidante Shubigi Rao. Shubigi who co-authored several projects with Raoul also became his biographer after his tragic death in 2010—he tripped over an art installation and broke his neck. “He tripped while trying to negotiate space in a cultural context,” according to Shubigi.

This was the story suggested by the exhibition ‘The Retrospectacle of S. Raoul’, held in 2013, in the Earl Lu Gallery, Singapore. The exhibition showcased the works of Raoul in the previous decade, from a reconstruction of Singapore using archaeological evidence after its extinction to a neuroscientific study of the deranging effects of art. The biography, History’s Malcontents: The Life and Times of S. Raoul by Shubigi, was released in conjunction with the exhibition. Looking at all the ‘evidence’ available, it takes a while before one realises that Shubigi was more than Raoul’s protégé or biographer. “I killed him,” she said, “because I was fed up of him.” And, she was well within her rights to do so, because she was him. 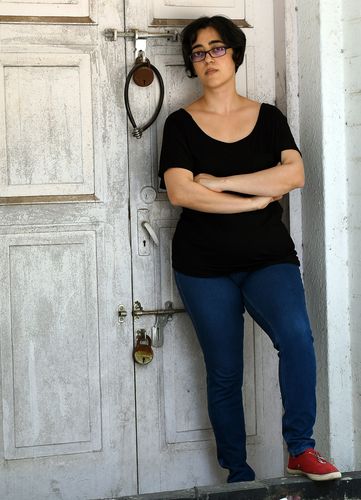 Shubigi is a visual artist and writer whose interests include archaeology, language, libraries, acts of cultural genocide, contemporary art theory, neuroscience and natural history. Her work involves layered installations comprising ideological board games, drawings, pseudo-science machinery, metaphysical puzzles and archives. She has been selected for residency programmes in Singapore, Germany and India, and was also included in the 2016 Taipei Biennale, 2017 Pune Biennale and the 2008 Singapore Biennale. Anita Dube, curator of the upcoming Kochi-Muziris Biennale 2018, said Shubigi is a polymath who works with book-making, drawing, video essay and lecture performances. “She is also passionately invested in the history of knowledge and libraries,” said Anita who is cofounder and board member of KHOJ International Artists’ Association, Delhi, were Shubigi was artist in residence last year.

Born in Mumbai in 1975, she was raised in Darjeeling and Nainital and, obtained a Bachelor of Arts in English Literature from Delhi University. She also holds a Master of Arts from the LASALLE College of the Arts, Singapore, where she now lectures part-time on art theory. She lives in Singapore with her husband, Samir Sahay, and her six-year-old son. Shubigi is a firm believer that progressive behaviour should start at home. As a mother, she does not try to control her son, and encourages him to express every emotion that he experiences. “It is wrong to say boys shouldn’t cry,” she said. She said if you force boys to always act tough, they lose touch with who they really are. “Feminists call this ‘emotional castration’. Because of this, the solution to everything is anger, rage and violence. You see it especially in places where men are not allowed to show emotion in any other way.” Her son, incidentally, is named Raoul (a name given by her husband). 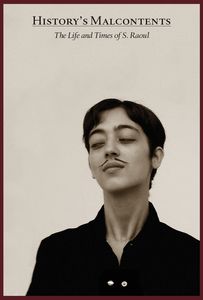 Shubigi as S. Raoul on the cover his biography | Shubigi Rao

S. Raoul was a male pseudonym Shubigi used, for about ten years, because she was “thirsting for honest critique” of her work. “As a woman, I would always be that female artist talking about feminism,” said Shubigi. “The content of my work would never be critiqued.” Shubigi said the pseudonym helped her be herself. “It became a very interesting outlet for me,” she said. It meant that she did not have to “waste her time being a woman”. But, wasn’t that an easy route? Couldn’t she have fought the system as a woman, instead of adopting a male pseudonym? “It was an experiment,” said Shubigi, “because there are lots of women whose work is discredited just because of their gender. So, I was trying to gather proof and I did.” She said the same critics who wrote in glowing terms about Raoul were patronising and dismissive about her work.

The project was a feminist action, as well as removal of the artist from the spotlight. “We always associate the artist with a kind of mythic figure,” said Shubigi. “And, the idea of genius is also very troubling. I don’t believe in it.” She said the original root of the word genius means testicle (genius is derived from the latin word gignere, meaning beget, that is also the root for genital). “So, if you call someone a genius, you have just called them a testicle.” The idea, said Shubigi, was that men gave life. “The egg has no meaning. It is only the sperm. Even the language we use casually today have very gendered histories. So, I wanted to remove that whole idea. Look only at the work, don’t look at the artist.”

And, it wasn’t the easy route at all. “To be S. Raoul meant I could not be Shubigi,” she said. “For 10 years I did not have a solo show. I lit a match to my career. All the women who, through history, have watched others steal their spotlight, I made it happened to myself.” She said she could have chosen a confrontational approach. “But, I did not, because I am a pacifist. I chose humour and wrote all this nonsense as a man because I could. I did not need to censor myself. It was also an act of anti-censorship in a way.”

Anti-censorship has become a key feature of her work. Shubigi is now working on Pulp: A Short Biography of the Banished Book, a ten-year, five-volume project about the history of censorship, destruction of books and the book as a tool for activism and resistance. Since 2013, she has been visiting public and private collections, libraries and archives globally for Pulp...a film, book and visual art project about the history of book destruction. She released the first volume of the project in January 2016 and plans to release one every two years. The second volume will come out later this year. Shubigi films people, and public and private libraries globally, collecting anecdotes and unearthing buried secrets.

What inspires this project? “There are many many inspirations,” she said. “One is the naive idea of pacifism. I feel that this naivety I have is not a bad thing. It is from a child-like bewilderment at how violent our species can be.” To truly destroy a people, she said, you have to destroy their culture. “When we lose a library, it is not only about the books,” said Shubigi. “It is about the journey of ideas across time and places.”