Lend them your ears

Explore the booming market for voice-over artists in audio books 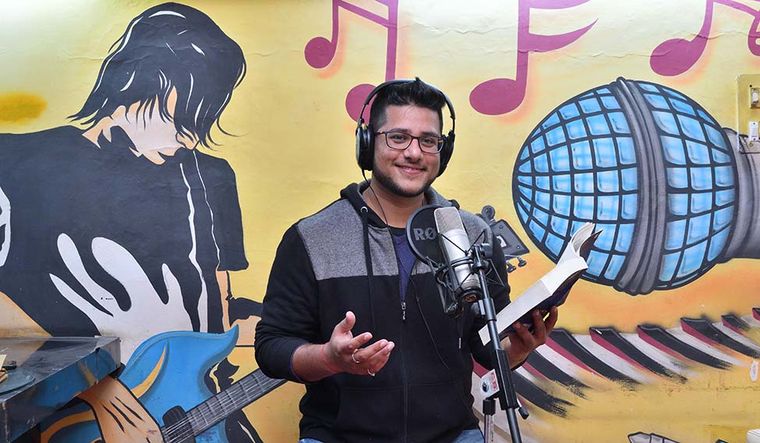 The only time Abhishek Sharma felt nervous while recording stories in a studio was when he recently narrated a lovemaking scene from a Hindi book, Gandi Baat. This, the 31-year-old voice-over artist said, was because a female artist was present in the studio. Sharma is no amateur at recording voice-overs. He has contributed to animated movies such as Doraemon and Shin Chan, where he modulated his vocals to portray different characters. His stint with audio books, though, is a relatively new one.

Till last year, the narrator from New Delhi had worked as a news anchor. It was this experience, he says, that taught him to modulate his voice and achieve clear pronunciation and diction. Though Sharma was also recording audio books simultaneously, he quit his full-time job to become an audio book voice-over artist. This has given him opportunities to play different characters in books published by Penguin India.

The Ocean of Churn by Sanjeev Sanyal, Letters to My Daughter by Jawaharlal Nehru and Of Course I Love You by Durjoy Datta are some of the books narrated by Sharma. 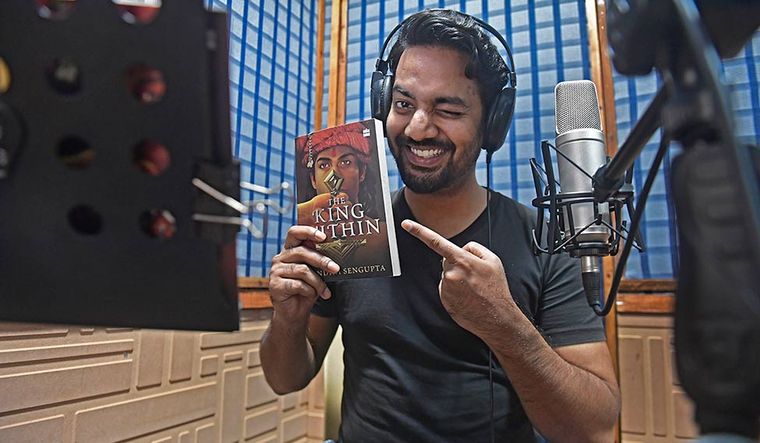 Recording an audio book is a tedious task. Artists claim that clear delivery of expressions is mandatory. In order to minimise retakes, most voice-over artists practise the diction and expressions a day in advance.

Take, for instance, Richard Joel, 32, who scribbles over paragraphs the emotions he needs to deliver them with, helping him exhibit his creativity. He has been doing voice-overs for eight years, lending his strong voice to advertisements, animated films and channels such as Discovery, Fox Traveller and National Geographic. But, he has now shifted his focus to audio books. The artist calls the process “an extraordinary experience”.

He credits his experience as a theatre artist for his adept pronunciation in English and Hindi. Joel is currently contributing his voice to Do You Know A Mother’s Heart written by Arun Shourie, for a private publisher in Mumbai. He is also recording fiction—The King Within, written by Nandini Sengupta.

Joel ensures that he makes the narrative gripping for listeners and ensures that narration is given at the right pace.

“Narration can be neither too slow, otherwise the readers would fall asleep, nor too fast, as a listener would not understand a thing,” he says.

Though some publication houses pay per book, most voice-over artists are compensated on the actual deliverable hours. So, if an artist devotes 50 hours to record a book, but the final readable output is only for 20 hours, he gets paid only for that. Lesser retakes therefore ensure more work and, subsequently, more pay. 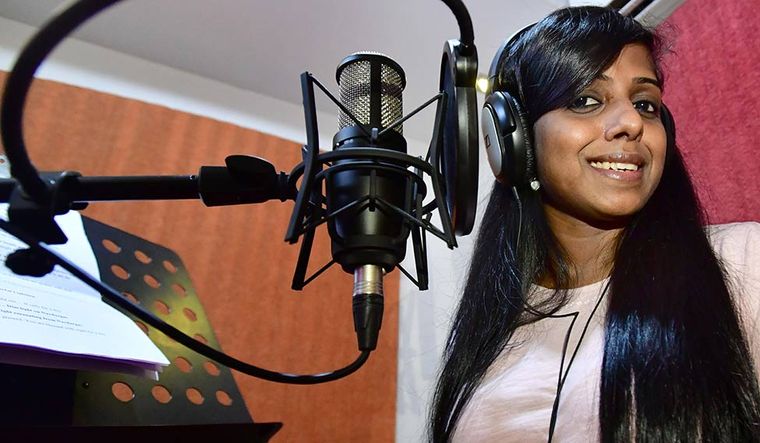 Demand for voice-over artists is picking up in India. Artists who are accomplished at dubbing are usually picked. Alka Sharma, 33, has been a dubbing artist in television for several years and has given voice-overs for Shin Chan. Besides television, she has also dubbed in Hindi for films such as Resident Evil: The Final Chapter (as Milla Jovovich), Fantastic Beasts and Where to Find Them and Cars.

But, eight months ago, she began narrating in audio books for Storytel, a publisher that recently launched an app for smartphones. She has recorded three original stories for them. “This job lets me explore different genres and read books that I would not be very thrilled to read otherwise,” she says.

But, unlike others, 26-year-old Anju Paniker took up voice-overs professionally. She pursued a voice training course for two and a half months. During her training, she got the hang of voice modulation, pronunciation and learnt the technical knowhow of using a microphone.

Paniker started off with audio books for students of classes five to ten in subjects like English and social sciences. She has also done nursery rhymes for kindergarten students. “I had to be conversational as well as convincing,” she says.

Later, she explored narrating audio lessons in geography, history and mathematics for Andhra Pradesh, Maharashtra and Tamil Nadu school state boards. Doing voice-overs enabled her to understand concepts that she admits to have missed during her school days.

Paniker, in her current job, records full e-learning lessons in Hindi, English, Marathi and Malayalam and works on multiple genres in a day. She also does e-learning training modules that are used in businesses.

Going by the trend, if you are someone who has creativity in your voice and a passion for reading, booking yourself to tape voice-overs wouldn’t be such a bad idea.