JNU should remain an anomaly 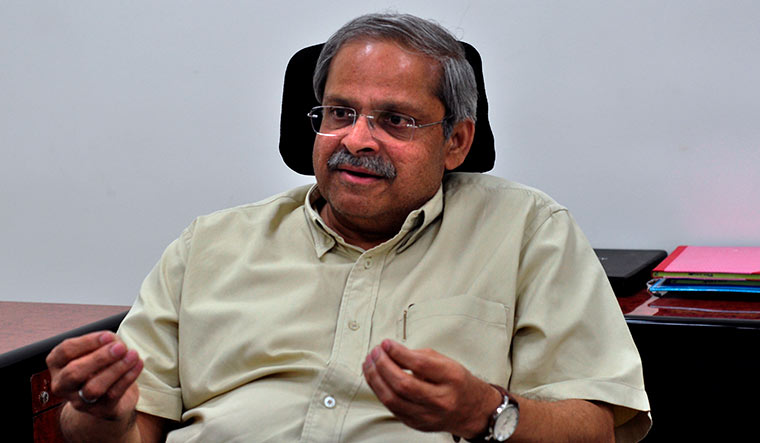 News from Jawaharlal Nehru University reminds me of our May 1983 agitation. We gheraoed the vice chancellor over an incident in Jhelum Hostel. It snowballed into a widespread agitation. Police entered the campus, stuffed us into trucks and dumped us in Tihar jail. We spent two weeks there.

The case of Jalees Ahmed sparked that agitation, like how the hike in room rent ignited the current protest. But if it were only to do with a Jalees Ahmed then or a fee hike now, it would not have taken even a day to settle. And the regimes would not have responded with alarm and disproportionate force. These agitations pelted sharp questions at the establishment, questions that caused discomfort and left it unsettled.

The current situation in JNU offers two options to the country. One is to view it as an ideological polemic and extirpate it with force. It is an easier option. It only requires to vulgarise the protest as a demand for cheap accommodation and subsidised food. Such attempts seem to be under way. But this option will be of no value to the country that nurses the ambition of becoming an economic superpower.

The other option before the country is to seriously apply its mind to the broad and complex question of the place of higher education and, more specifically, the role of a university in our society. If the rulers choose this latter option and field the questions that are thrown up by the JNU situation with honesty, the country can benefit immensely.

The second option demands a preparedness to redefine the objectives of education in our society. This option inescapably leads one to spell out what kind of student the country wants, what relationship the country expects between the university and the society, how much resources it is prepared to expend on education, the place of market forces in educating the country and what kind of outcomes it desires.

JNU is no stranger to unrest and protest. During my stay on the campus, we agitated and responded not only to events in the campus, but also to those from across the country and the world. The campus was alive to the massacre of Sri Lankan Tamils, atrocities in Kampuchea, Soviet invasion of Afghanistan, the Khalistan movement and removal of N.T. Rama Rao from office.

We did not bother much about insufficient water in our hostels. When we had a severe water crunch, a student leader roared in the university general body meeting, “jab tak Hindustan ke har ek gaon me paani nahi pahunchega, tab tak hum JNU ke liye paani nahi maangenge (Until every village in India gets water, we will not demand water for JNU)”. The crowd gave him a thunderous applause. We looked beyond our noses. Our quotidian needs hardly mattered.

Student organisations wrote pamphlets, stuck hand-written posters and organised after-dinner debates. Thought leaders from across the country came and spoke. After dinner, our dining halls doubled as meeting halls. Our campus was awake in the wee hours and was agog with discussions. We lost sleep over the country’s problems.

Student union elections were inexpensive affairs. Elections were conducted by an election commission chosen by the general body meeting. There was no hooliganism.

This ecosystem shaped us and we are doing rather well for ourselves and are serving the nation. Many of us became university teachers in India and abroad, and scores became government officers, social activists, political workers, journalists, scientists, writers and poets. Some entered legislatures. And two of them found a place in the current Union cabinet. One alumnus received the Nobel Prize for Economics this year.

We did not come to JNU because we were the richest and the brightest in the country. We were from humble backgrounds and were academically average. Yet the university’s unique and egalitarian admission policy helped us get there. It gave weightage not just to our deprived social backgrounds, but also took into account the backwardness of our region and the stressed economic conditions of our families. Students and teachers shaped that admission policy. Many of us owe our upward social and intellectual mobility to the university and its admission policy.

Here is the crux of the choice. How should we look at a university? As an institution to nurture the next generation that takes our country forward? Or an enterprise that ought to make money? How should India treat its students? Does it want them to be conformist, or does it want them to challenge the established dogma, and become iconoclasts? Answers to these questions should decide the response to the JNU agitation.

JNU was an anomaly then. It remains an anomaly today. I wish it remains so forever. Indeed, all universities should become anomalies as long as all is not well with our society. They should think ahead, interrogate the received wisdom, learn by trial and error, teach, practise, theorise, and question the political, financial and intellectual power structures. I hope the rulers feel ideologically secure enough to cohabit with such institutions. Before the advent of the East India Company, all our institutions of learning were publicly funded and gave free stay to the students and teachers. The students were clothed freely. They were not called freeloaders. They had freedom to question and debate. That arrangement made India a supreme knowledge society. Only such arrangements can make it the foremost knowledge society again.

The writer is former communications adviser to the Andhra Pradesh government and managing director of RightFOLIO, a knowledge enterprise based in Hyderabad.