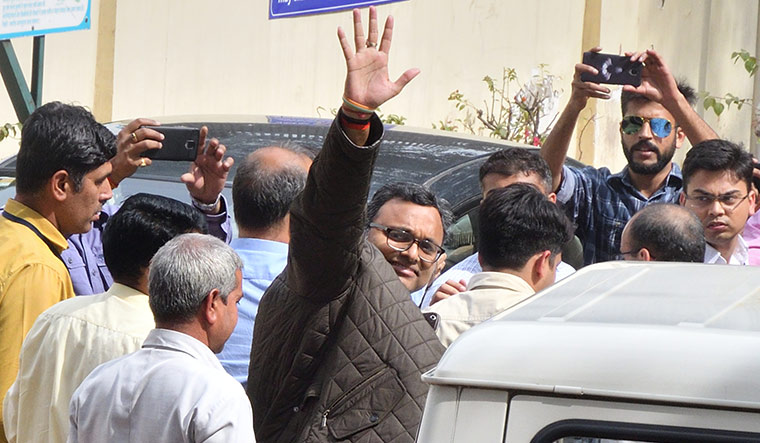 RAJESHWAR SINGH, joint director of the Enforcement Directorate (ED), who probed the Aircel-Maxis money laundering case related to the 2G spectrum allocation scam, is now fighting a multi-front war. Based on his investigation, the ED had filed a chargesheet against Karti Chidambaram, son of senior Congress leader and former finance minister P. Chidambaram, in the case, on June 13. But, on June 20, Singh filed a contempt petition in the Supreme Court seeking protection from people with vested interests, who were, according to him, trying to derail the case by targeting him. The hearing of the petition is slated to take place on August 13.

Singh, 44, is a provincial police officer of the Uttar Pradesh cadre who joined the ED in 2009. In 2012, the Supreme Court directed the Centre to make him permanent in ED since he was investigating the 2G spectrum case. Singh has investigated several high-profile cases like the Commonwealth Games scam, Coalgate scam and money laundering cases against former Jharkhand chief minister Madhu Koda, YSR Congress party leader Y.S. Jaganmohan Reddy and former Haryana chief minister Om Prakash Chautala.

Seeking the protection of the court, Singh said: “Various attempts have been made by individuals and corporate entities to derail the investigation of sensitive matters carried out by the petitioner [him].” Repeated petitions and public interest litigations with identical and false facts have been filed from time to time before the Supreme Court and other courts, he said, “with the ulterior objective to demoralise, harass and ensure that the investigation loses its prime focus, and, consequently, is not carried out in the right direction by the petitioner’’.

The allegation assumes significance since the ED is preparing to file a supplementary chargesheet in the case by September. In March, the apex court had set a deadline of six months for the agency to complete the investigations. 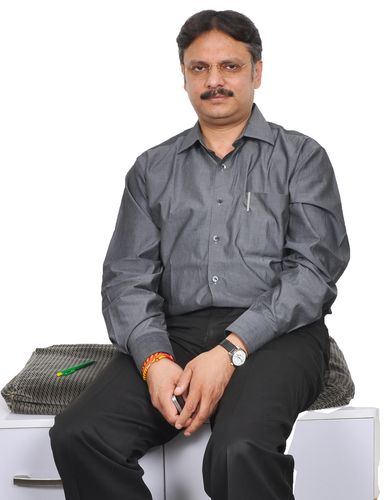 The ED, which is the investigative arm of the ministry of finance, has already questioned Chidambaram and his son regarding the alleged irregularities in Foreign Investment Promotion Board approval given to the Aircel-Maxis deal. The supplementary chargesheet is expected to carry the ED’s findings on the same.

It was not the first time that Singh was seeking protection of the top court. He had first approached the court in 2011, while investigating a case against a powerful business house. Singh received a questionnaire that had 25 points related to his wealth and properties, sent to him by a journalist. Singh felt it was an effort to pressure him and derail the probe.

The Union government was made a party in the case, and the apex court passed an order that said: “We are prima facie satisfied that an attempt has been made to interfere with the investigation being conducted by Rajeshwar Singh in what has been described as 2G scam and related matters by trying to pressurise him and not to proceed with the investigation” by certain individuals. The court ordered that it would take serious cognisance if anybody tried to interfere with the functioning of the CBI and the ED.

Seven years later, Singh stood once again before the apex court seeking protection. But, this time, the Centre sprang a surprise by saying that there was a report from the Research and Analysis Wing (R&AW) against Singh. According to the report, said the Centre, Singh was in touch with an ISI agent. The report refers to Dubai-based Indian businessman Danish Shah. The R&AW produced a phone conversation, purportedly, between the two to support its claim that they were discussing some sensitive case matters.

Singh seemed to have been aware of the damning charges against him in the R&AW report. In a letter dated June 11, he had lashed out at revenue secretary Hasmukh Adhia, expressing shock and surprise at how a secret report was doing the rounds on social media. In the letter, Singh asked why Adhia had developed animosity against him and sided with frauds. The ED functions under the administrative control of the revenue department in the ministry of finance. The finance ministry has dismissed all allegations raised by Singh.

On June 27, the court modified its interim order granting Singh protection against an inquiry. It said that no officer should be under a cloud and a blanket clean chit cannot be given to anybody. The court added that it would be the government’s call whether Singh would continue in the Aircel-Maxis case.

Sources close to Singh said that he was ready to face a CBI inquiry. The officer has already written to the CBI asking it to probe the allegations against him, but is yet to hear from it.

However, the ED has come to the rescue of its officer. ED director Karnal Singh has written to R&AW chief Anil Dhasmana saying Singh had kept him in the loop about his conversation with Shah, and it was important that the matter be re-examined and the record set straight.

Top officials in the ED said that it was a common practice among investigators across the world to gather information coming their way from all kind of contacts, sometimes gang members or even underworld links.

In the meantime, Singh expressed a wish to go on leave to pursue law at Middlesex University in London. But, he may have to wait till the supplementary chargesheet is filed in the case.

Singh’s case is not an isolated one. In May, the government had abruptly and prematurely repatriated CBI joint director Rajiv Singh, who was supervising the multi-crore Punjab National Bank scam involving businessmen Nirav Modi and Mehul Choksi. He was sent back to his parent cadre, Tripura, a week after the CBI filed two chargesheets naming Modi, Choksi and top bank officials. However, the Centre claimed that the CBI officer was sent to Tripura following the request of the newly elected state government.